Life as a Western student living in the C-lot

Owen Donnelly wakes up at 7:30 a.m., makes some instant oatmeal for breakfast, brushes his teeth, puts on his rain jacket and heads to his 8 a.m. class. He showers after class, has a snack and after his last class of the day, he makes himself some pasta and goes to study on Western’s campus before heading back home at 11 p.m. to go to bed.

His life probably sounds familiar to any other Western Washington University student, the only difference is that Donnelly’s home isn't in a residence hall, an apartment building or a house. He lives in his van and has been sleeping in that van in Western’s C-lot since the fall of 2021.

Donnelly is currently in his last quarter before he graduates from Western and has resided in his Mercedes-Benz Sprinter van for the majority of his three years enrolled at the school.

His father bought the van and the two built it out a few years before he began at Western. He started at community college before transferring to Western in the spring of 2019 and said it was hard to find housing. He didn’t want to live with random people.

He began living in his van that quarter, and he’s been living there ever since.

”I choose to do this. I’m not being forced to, and I understand I have privilege in that sense,” Donnelly said.

Though Donnelly has options if he ever wants to live off campus and has previously stayed at his brother’s house in Bellingham, he prefers the solitude of the sprinter.

However, Donnelly has faced one major problem throughout his time in this lifestyle: Western does not allow students to reside in vehicles in on-campus parking lots.

Western is governed by Washington Administrative Code (WAC) 516-12-430 (12), which states that no person may utilize any vehicle parked on campus as a living unit without specific approval from the public safety director.

“In my first quarter, I didn't know the rules,” Donnelly said. “I just parked there for a week and they were like ‘You can't do this anymore’ and I was like, ‘Oh, this is scary.’”

Since Donnelly first started residing in the C-lot, he has consistently received warnings from campus security and the Western Transportation Department telling him to move.

Shelby Zimmerman, Western’s transportation services manager, said that transportation and security services have been aware of Donnelly’s presence since he first arrived, and there has been a back-and-forth between Donnelly and the school since then.

“When we identified that he was first attempting, we informed him of the regulations,” Zimmerman said. “He seemed to comply for a period of time, and the next year the same sort of stuff occurred. We informed him of the regulations, and he inquired with a bunch of folks around the university senior staff about a waiver or why this was in place and was, once again, informed and seemed to comply.”

Zimmerman said the main reasons for the regulation are that the C-lot is simply not built to accommodate vehicle-dwelling.

“University regulations were put in place because there's just not the facilities available for students to use once buildings start to close around campus. There are no nearby restroom facilities [or] showers,” Zimmerman said. “We also have concerns around student safety as well because there's no staff that can regularly go through and make sure the students are safe and nothing is occurring.”

Zimmerman also said that by living in the C-lot, Donnelly is taking space from commuter students.

Donnelly said he has been dealing with warnings on a constant basis, but he doesn’t believe they are warranted.

“As long as you're not making a mess or threatening people, I don't see why it’s a problem,” Donnelly said. “Clearly, I’m not causing any issues because if I was causing any issues, they wouldn't let me do it. They would actually take my parking pass away.”

According to Zimmerman, taking away Donnelly’s parking pass will be the next step if the situation continues as is. Donnelly doesn’t think this is a real possibility.

“I don’t think they’re actually going to kick me out of the parking lot, but it's always kind of lingering,” Donnelly said. “It seems like more of a headache for them to come up with a solution other than just kind of harassing people.”

The state code referenced does allow for an exception to be made by the head public safety officer. Darin Rasmussen, assistant vice president of Western’s Department of Risk, Ethics, Safety and Resilience, is someone Donnelly has had previous discussions with over the possibility of being granted such exceptions.

“The law does anticipate that a rare situation could require an individual to use a vehicle as a ‘living unit,’ and if that were to occur, specific approval from the public safety director is required,” said Rasmussen via email. “This exception is meant to address a short-term emergency rather than accommodate a long-term personal choice. A principal reason for this is that allowing someone to reside in a parking space on a long-term basis is not equitable and takes a parking space away from other commuter students who are following the rules. I am unaware of any time this exception has been made in the past.”

With Donnelly’s time at Western winding down to the last few weeks, he accepts that he will not be granted this exception but also doesn’t believe that his parking pass will be revoked before his graduation.

But would Donnelly recommend this lifestyle? He said there are points for and against it.

For starters, there is the cost. Donnelly spends $100 a month on gas, $300 on food and about $100 on his quarterly parking pass. He does not pay for heating, water or electricity and he uses residence halls to do his laundry for free. This comes out to about $500 a month total for his expenses. To put this in perspective, according to the Washington Apartment Market Report for fall 2022, the average rent for a one-bedroom apartment in Whatcom County is $1,230 a month.

Donnelly’s total monthly expenses are less than half of the rent for the average one-bedroom unit in Whatcom County alone. However, the price was not a factor in Donnelly’s lifestyle decision.

Donnelly doesn’t want to glamorize the way he lives and said there are pros and cons just like any living situation.

“It's nice to be right on campus and be able to do what I want to do when I want to do it,” he said. “But it is also nice to be in a place where you can shower on your own time; you don't have to go out of your way to shower or get electricity.”

With winter approaching, Donnelly is bearing down for the last few cold weeks in the C-lot.

“November is definitely going to be tough for me. I’m looking forward to not living in the van,” he said.

In previous winters, Donnelly said it gets cold enough for the condensation from his breath to freeze on his comforters, but two blankets and a sleeping bag are usually enough to keep him warm through the night.

“I don't think it will ever become mainstream because it is tough, and the winters are pretty bad,” he said.

Overall, though, Donnelly said he believes his time at Western has been comparable to any other student’s and he has no regrets.

“I think if you were to look at the average introverted student at Western, my life is pretty similar,” he said. “I'm usually just doing my own thing by myself; the only big difference is, at the end of the day, other people go to dorms or a house, and I go to the parking lot.” 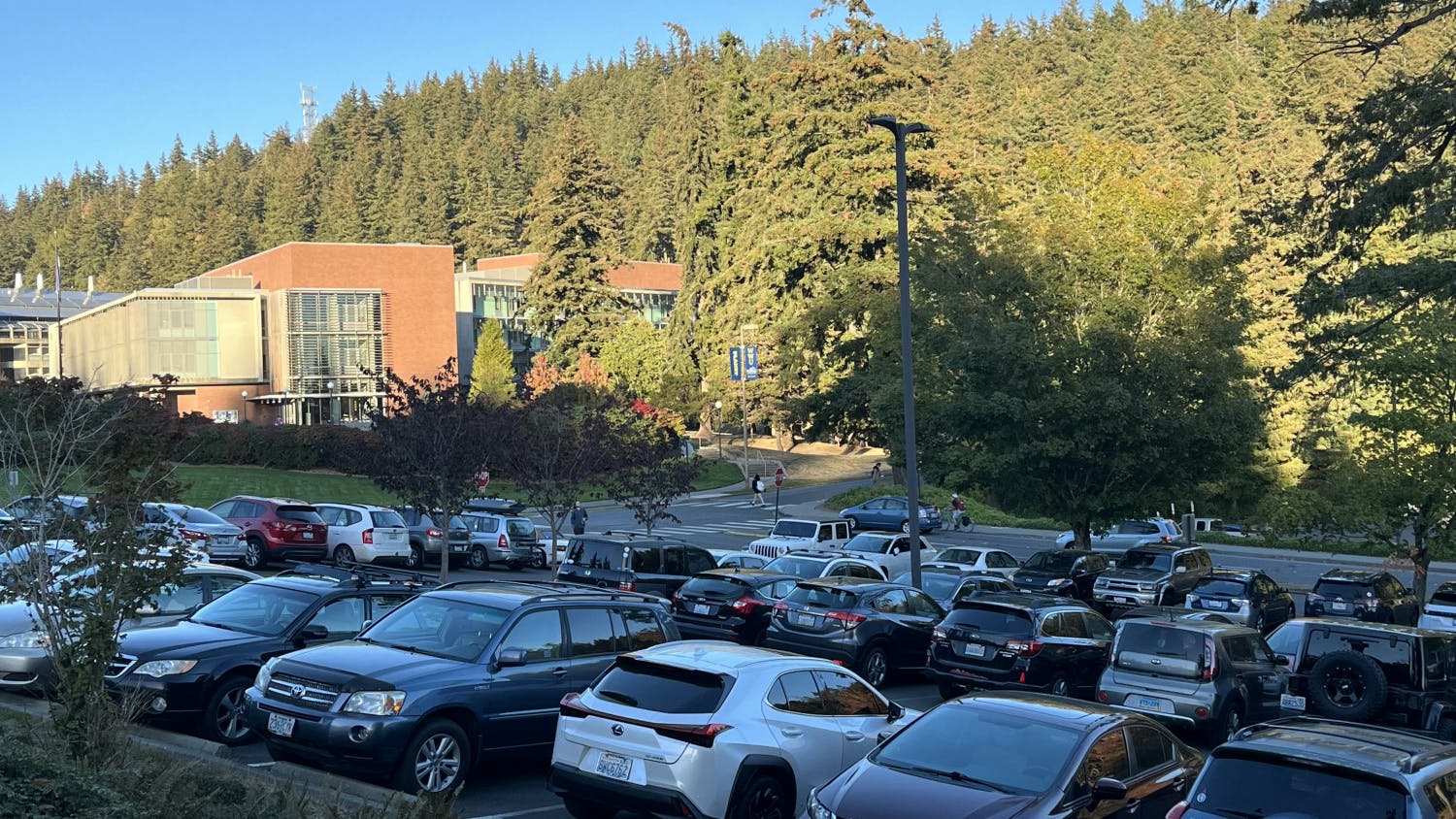 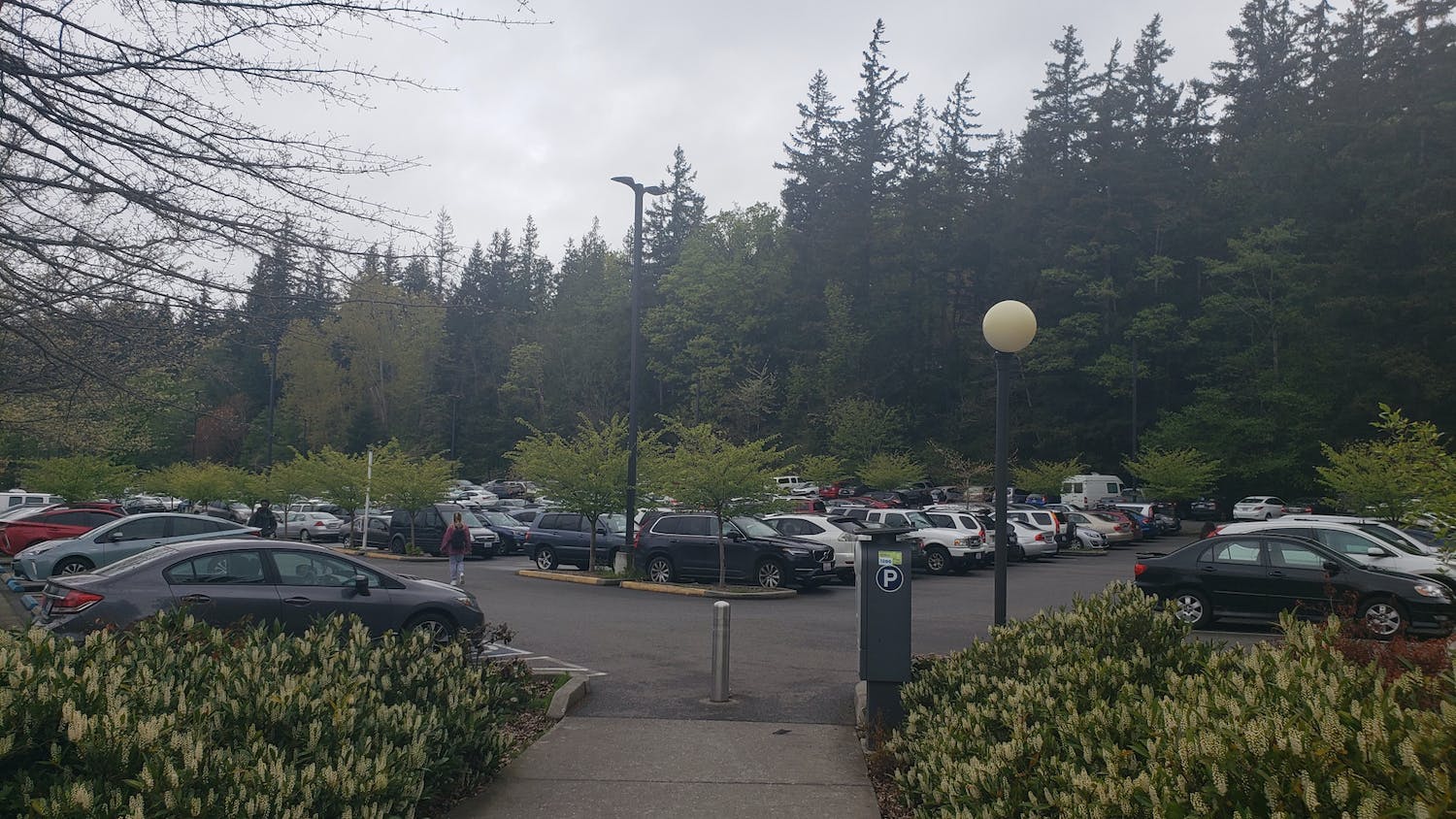