Students trying to park in Western Washington University's C-lot this fall have been sharing a major issue: There are too many cars and not enough spots.

Students pay $293 for an academic-year-long parking pass in the C-lot, and yet they still aren’t necessarily guaranteed a spot, as many of them are having trouble finding a place to park during peak class hours.

“I purposefully come to campus two hours before my first class so I can beat the 9:30-10 a.m. rush,” said Aaron Gibbs, a Western student and C-lot pass holder.

Shelby Zimmerman, Western’s transportation services manager, confirmed that this level of congestion is not normal.

“This seems to be the worst we’ve seen in the five years that I’ve been here,” he said.

Western has a limited amount of parking spaces compared to a large student body. The waiting list for on-campus parking is around 800 people long, and even those with passes have been struggling to get spots.

Western’s transportation department’s short-term way of addressing the issue was putting a hold on the sale of weekly parking permits.

Jillian Trinkaus, Western's commute options and transportation planning manager, said these short-term passes are one of the main issues behind the overcrowding.

“People who didn't have parking at all were coming to campus and buying daily and weekly permits, and that was displacing people who do have a permit in the C-lot,” she said. “People were also coming and parking without getting a permit at all.”

Zimmerman said over 120 students had been purchasing weekly passes, and this, combined with those who hold quarterly and resident hall passes, has simply been more than Western’s on-campus parking can contain.

“There's no way we can meet all of the demand of students wanting to park on campus,” he said.

Some permit holders such as Gibbs, however, believe there's still more that needs to be done.

“WWU's effort to reduce parking congestion by ending weekly permits does not seem to have helped,” he said. “I'm not sure if they're giving out too many yearly permits, or if it's park-by-hour students who are causing the shortage of spots, but the problem requires real action from the university. What's the point of paying for a parking pass if there are never any spots available at my actual class times?”

Transportation service’s long-term solution is urging students to try and find commuting options other than driving in order to decrease the congestion.

“The way that we have our transportation set up based on the single occupancy vehicle is not sustainable,” Trinkaus said. “I would really ask that people who live on campus, or on a frequent bus line, or within walking distance, that they would just leave their cars at home so we can leave those spots for students who really do live far from campus and have no option except to drive.”

Transportation services is offering prorated refunds for parking passes and encouraging the use of public transport like buses, which are free with every student's Western card.

“Fixed-route buses are the most efficient and effective form of transportation to WWU. No other mode of travel can carry as many passengers together at one time to a single destination,” said Tim Wilder, Whatcom Transportation Authority’s planning director.

Last year, Kiersten Carter-Hines, a third-year student at Western, had to drive to school a couple of times a week because he carried a large instrument, however, getting a quarterly pass wasn't an option.

“The waitlist for getting a pass was super long and there was no way I would get a pass at all,” he said.

Carter-Hines started a petition last year to get free parking for all of campus and believes the option of getting shorter-term parking is crucial for many students in a similar situation as him. “It’s the cheaper option for the students, otherwise it's forcing you to buy all or nothing,” he said.

Carter-Hines wants to see a change to the current congestion and better options for students who don't have another option besides driving.

“The fact that if you live far away from school you can't get to school but you paid for school is just ridiculous,” he said.

Carter-Hines agrees with transportation services that what methods of transport students choose are crucial in giving parking spots to those who need them.

“We need to create our own solutions by making a carpool system or really drilling into everyone's head to walk if you can; bus if you can,” he said.

Transportation services believe a decrease in unnecessary cars on campus could be hugely beneficial to students who need to drive every day or even just a couple of days a week.

“If even 5-10% of students were to switch their commuting methods, campus would have much-reduced congestion in the C-lots,” Zimmerman said. 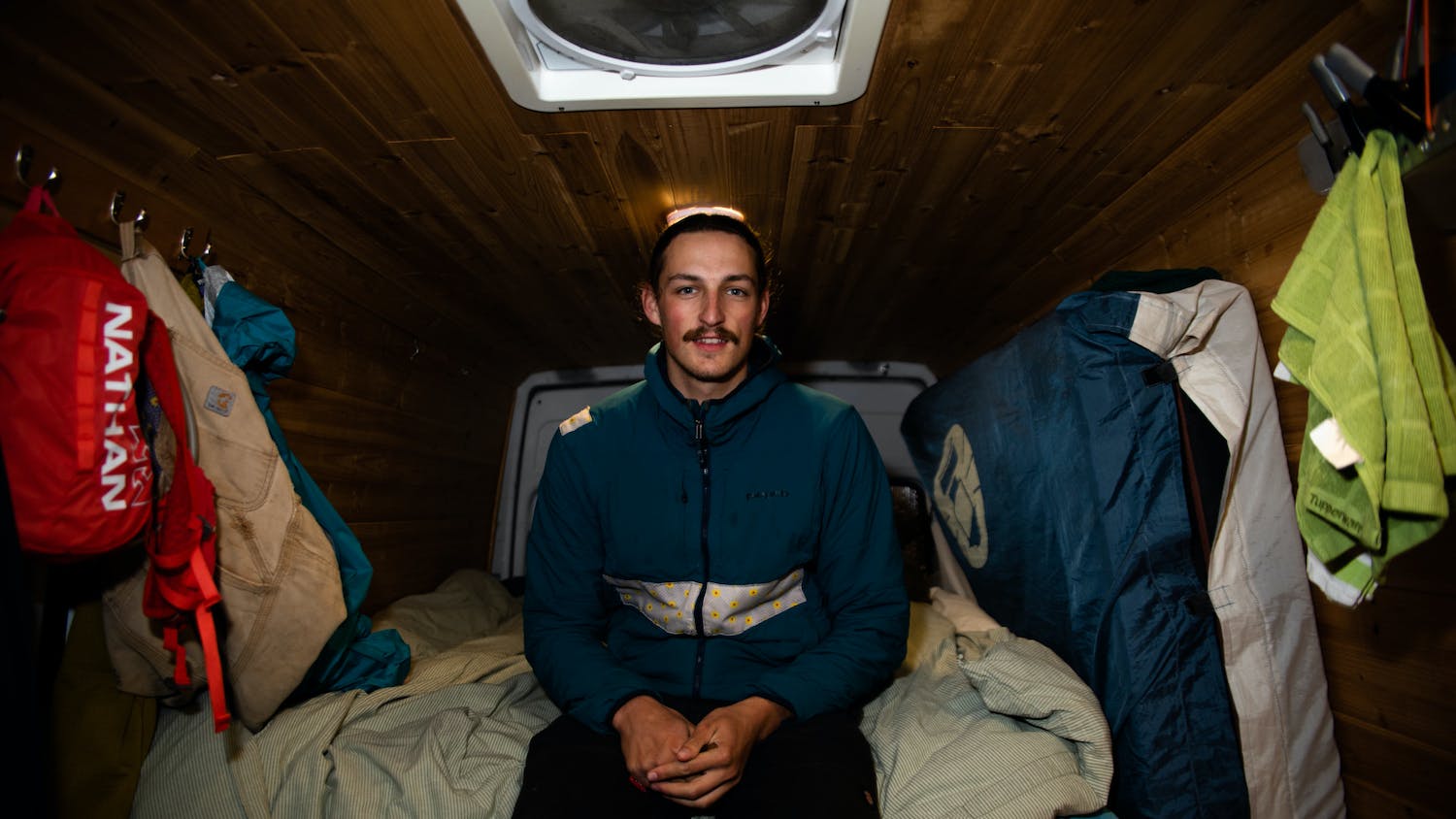