In July, President Joe Biden visited the Middle East, in what appeared to be an attempt at soothing relations with petrol power-brokers during a time of global economic crisis. What attracted most attention – and most criticism – was his meeting with Saudi Crown Prince Mohammed bin Salman, and his bizarre decision to fist bump him.

In case you need a reminder, bin Salman is responsible for the grisly murder of Jamal Khashoggi, a journalist for The Washington Post. Even further, bin Salman’s regime is one of the most brutal in the world, which chokes the life out of Yemen, denies the humanity of LGBTQ+ people and violently suppresses all political dissent. Though he is not the official leader of the country, he is accurately recognized as the most powerful man in Saudi Arabia, perhaps the region at large. Of most relevance, when asked on U.S.-Saudi relations during his campaign, Biden denounced the crown prince and vowed to make Saudi Arabia a 'pariah.'

Some pariah. The president recently wrote an op-ed defending his visit – claiming he wanted to “reorient — but not rupture — relations with a country that’s been a strategic partner for 80 years.” It’s difficult to justify this course of action when Saudi Arabia has remained a brutal dictatorship for all of those 80 years, save for minor aesthetic changes.

The criticism for Biden’s visit was widespread, but I felt a sense of disappointed resignation rather than shock or righteous outrage. Throughout his entire term, the president’s foreign policy has been worthy of shame and seems to lack principle or direction.

Granted, I would not be as harsh a critic had Biden not campaigned so frequently on the importance of human rights, both as candidate and as president, calling for the nation to “revitalize our national commitment to advancing human rights and democracy around the world.”

I can’t be sure where this rhetoric was in August of 2021. Consideration for human rights certainly seemed to go out the window when, against the wishes of the Afghan people, Biden stuck to his predecessor’s despicable withdrawal plan. The president then had the audacity to blame the Afghan people for not being willing to fight, using this bizarre justification to abandon the country to the proverbial wolves of the explicitly fascist Taliban. Still no word of support from him regarding the stunning courage of the National Resistance Front and other groups which fight the Taliban to this day to liberate Afghanistan from oppression.

Biden played to long-standing myths about the War in Afghanistan – that it was unwinnable, that it was a foreign occupation, that it was equal or analogous to the Iraq War. I by no means am attempting to defend any and all missteps or misdeeds the United States has committed in Afghanistan – and I am sure there are quite a few – but the facts are that it was a conflict fought with the explicit support from and cooperation with the Afghan people.

This is also not to say that Biden was the most to blame for the collapse of Afghan democracy. Primary blame lies with former President George W. Bush, for failing to invest in the country and diverting massive resources to an unnecessary war in Iraq. Secondary blame lies with former President Donald Trump, for signing a truly venomous agreement with the Taliban, which committed the United States to withdrawing from the country by April of 2021 without any guarantees for Afghan peace talks and no consequences for Taliban offensives.

These decisions reinforced the narrative, which Biden played into as the futures of 39 million Afghans were suddenly clouded in the early morning hours of August 15. He continued the narrative of a failed war between the United States and a foreign paramilitary, not a civil war between a democracy and a fascist terror group that the U.S. and its dozens of allies were not only on the right side of, but that there were multiple potential outcomes which could have preserved some or all of the gains made by Afghan civil society since 2001. Of course, this would require commitment from the United States to developing and protecting Afghanistan, something Biden clearly was not interested in. He stuck to the simplistic and false notion that the two options were costly occupation or a hasty withdrawal, rather than an array of diplomatic conditions-based solutions.

Regardless, Biden seems to talk a big game with regards to human rights when he can, but reverts to realist talking points when his back is up against the wall. Sure, that might seem expected from a politician, but it cheapens the word of the United States when our rhetoric so starkly departs from policy.

The president has been successful in both action and rhetoric with regards to creating tangible consequences for the brutal Russian attack on Ukraine. There’s enough news on this subject that I need not go into detail on U.S. European policy, but the rhetoric and actions with regards to Ukraine only expose the double standard.

Biden also visited Israel, and while his rhetoric was less extreme than Trump’s, he still continued unconditional and unreasonable support of Israel despite its continuing occupation of the State of Palestine. While Israel’s military occupation is different from the Russian-Ukrainian conflict in scale, the root principle of the democratic right of self-determination still applies. Where is the condemnation?

In fact, the President has continued much of his predecessor’s foreign policy writ large, whether it’s maintaining recognition of Moroccan sovereignty in Western Sahara (profoundly destabilizing), limited action to end the war in Yemen, and barely a whisper on the Tigray War. Still no sanctions against Myanmar’s oil exports, which bankroll a junta that recently executed pro-democracy activists – nor does the United States recognize the multiethnic National Unity Government that to this day keeps the spirit of Burmese freedom alive in areas beyond the regime’s reach.

Fundamentally, this shirking of responsibility and commitment to democracy and human rights puts more people in danger. Especially with regards to Afghanistan, the United States has demonstrated to fascist and authoritarian movements worldwide that when push comes to shove, the U.S. won’t step in to protect freedom, even in defense of allies.

I understand that presidents have to deal with the reality of the international balance of power, but again, that’s not what Biden campaigned on. He presented himself as a fundamentally moral man, the "empathizer-in-chief." Clearly, one way or another, that was a facade.

I can’t read the president’s mind – I don’t know if he truly feels as callous towards international suffering as he seems to. What I do know is that he has described the role of the president as one of immense responsibility – and right now, in that responsibility, he’s deeply derelict. 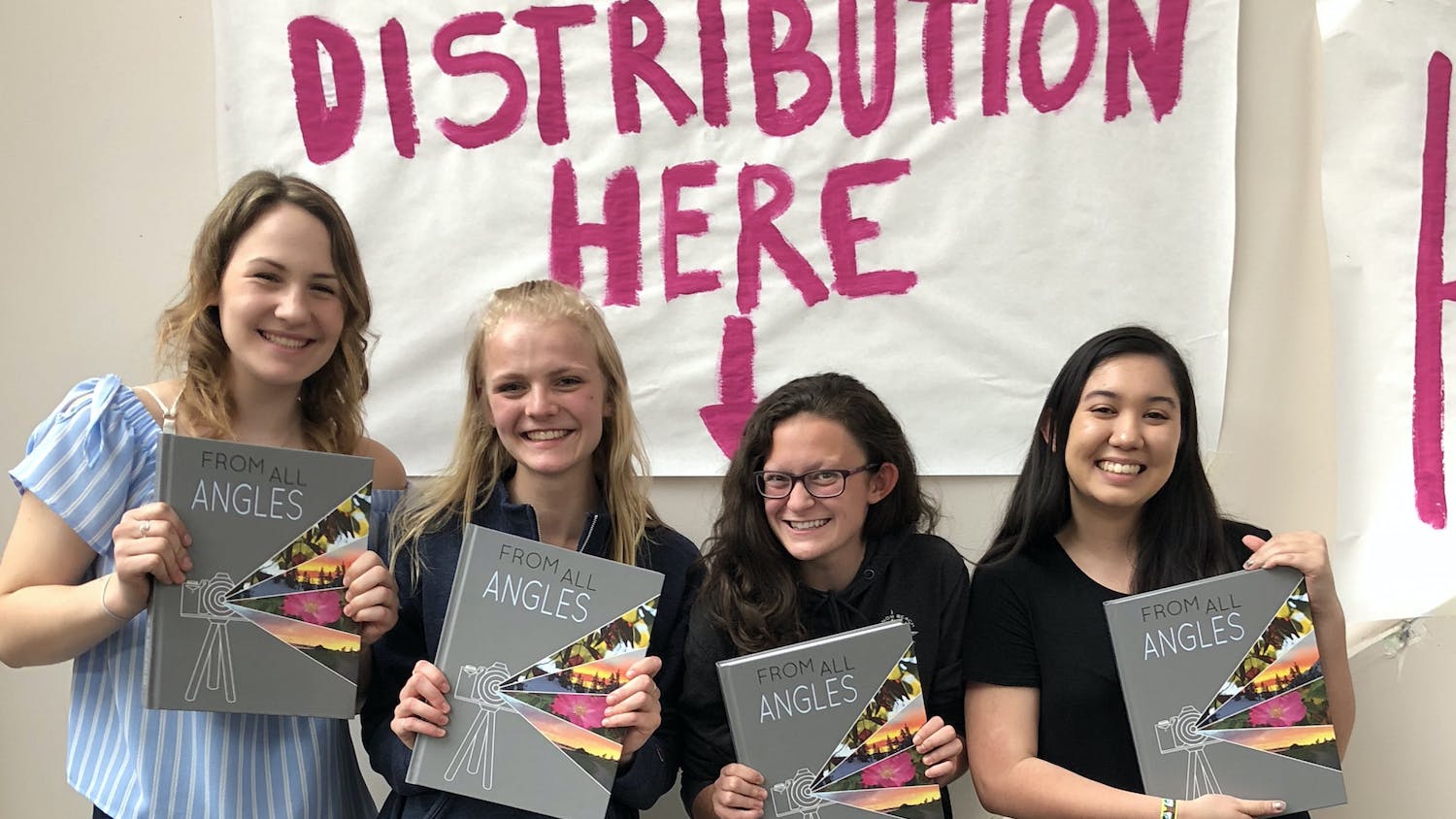 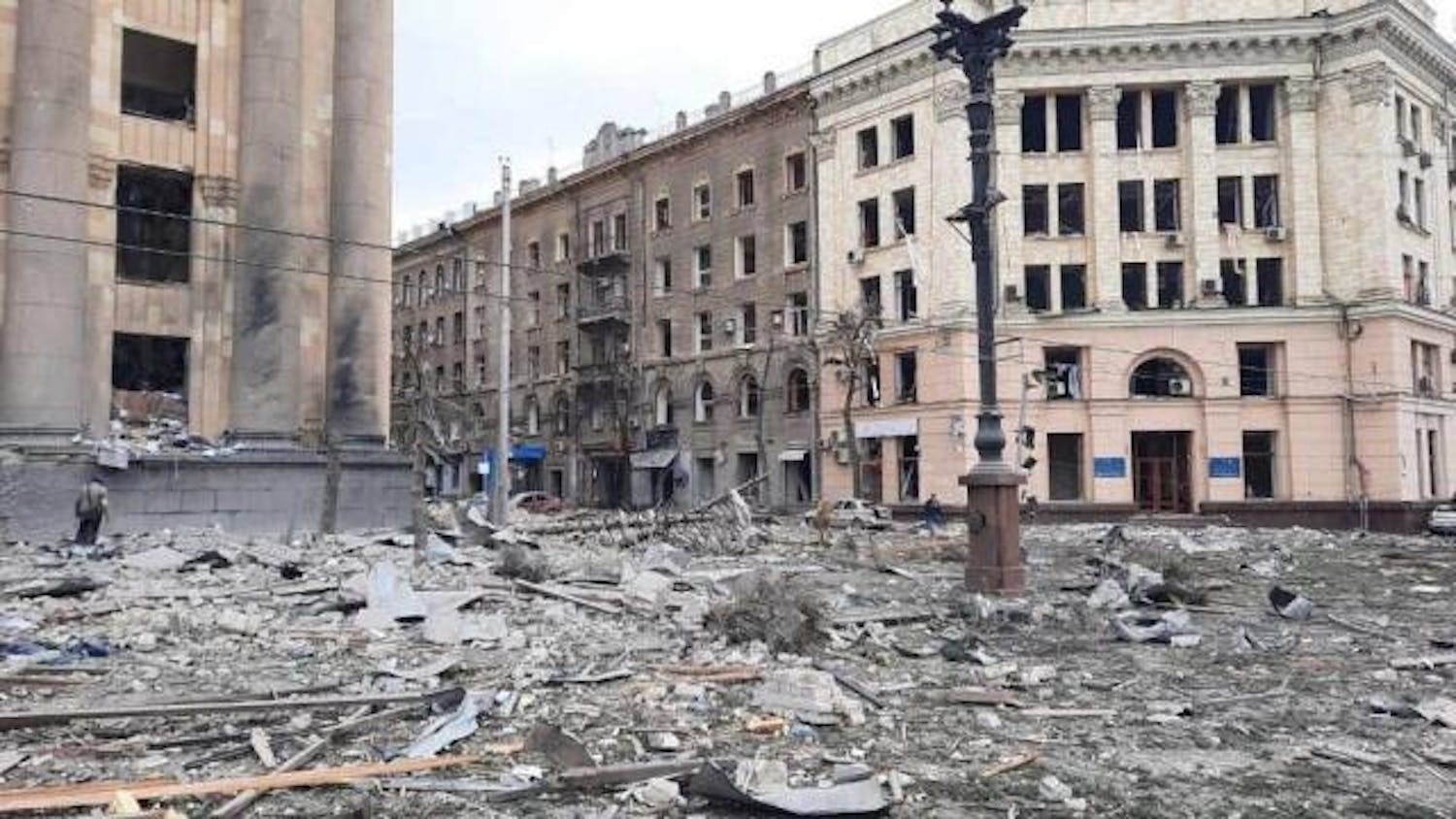