The sprinkled pink donut sticker in the window of JoJoe’s Doughnuts caught an artist's eye as she drove on Commercial Street in downtown Bellingham. It was shortly after the business opened its doors in December 2021 and third-year Western student, Emma Deubler, was on the hunt to have her ceramic creations on display inside of a local establishment.

“It was pretty nerve-racking to ask, especially with them being a new business, but the owner was so welcoming and excited to have me,” Deubler said.

Within the first month of having her work displayed, Deubler learned that all but one last piece of her work had been sold and it was time to restock inventory.

JoAnne Dutton, an owner of the shop said part of their business plan was to designate retail space for local artists.

“For me personally, I’ve always had the passion to propel people forward,” Dutton said. “My goal is to work with somebody that doesn’t have the means to have their own store front, get them in here, get their name out there— and then maybe someday they can.”

Dutton said that she doesn’t expect Deubler to need much help further down the road.

“People are drawn to her work, it’s a lot of fun seeing Emma and other artist’s display their work and the public being so immediately drawn in,” Dutton said.

JoJoe’s Doughnuts houses eight other artists on display in addition to Deubler.

Kaylee Lyons, a third-year Western student, shares a similar experience in her passion for ceramics.

During the height of COVID-19, Lyons was able to purchase her own personal pottery wheel and built a studio space.

Lyons started an Etsy shop about a year ago and said it has been successful. However, she said it is a huge milestone to have her work displayed in a physical location.

In Feb. 2022, Lyons was able to secure a spot in a store front for her pottery at Rooted By the Bay. This coffee and gift shop displays other artists as well with products ranging from jewelry and candles to pottery crafted by local artists.

Being able to display her work in-person “feels like I’m witnessing my resilience,” Lyons said.

“I am very fortunate to have Art and Happiness as a home for painting,” Bottem said.

If it weren’t for the shop owner, Elli Anderson, Bottem said he likely wouldn’t have pursued painting further than a hobby.

Art and Happiness has a designated space for classes where required supplies are in-stock and Bottem can lead comfortably.

“The fact that I'm able to show up to the space, set up a folding table and just start painting is phenomenal,” Bottom said. “Elli coordinates and connects artists and I’m happy to have a place in it.”

Bottem makes it a point to teach his classes in a way that aids understanding of the painting entirely, rather than replicating an image of an object.

“I think of painting as writing a book rather than drawing a picture,” Bottem said. “You can’t just say everything all at once, just like a story, a painting has a beginning, a middle and an end with numerous layers in between.”

Bottem said that art for him is a form of meditation, and that he has more fun working through the craft of painting rather than looking at the final result.

He said that he treats the classroom also as a safe space and tries to encourage mental presence from his attendees throughout the duration.

“That’s where the real fun is, the painting is just a goodie bag you get to take home at the end,” Bottem said. 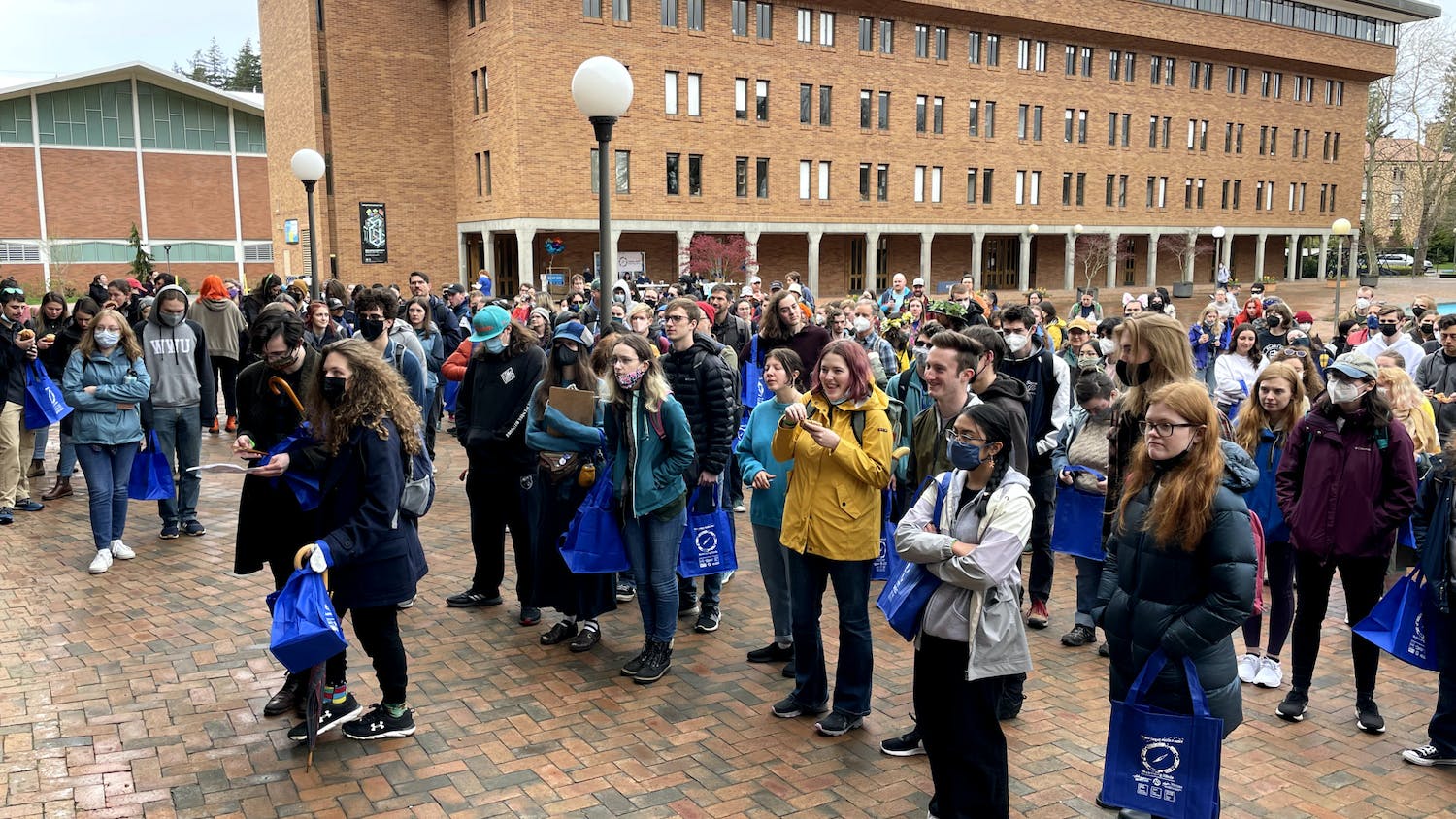