Musicians, attendees and event coordinators excited to be part of this year’s Lawnstock experience

With six months dedicated to planning, Lawnstock is one of the biggest annual Associated Student Productions events of the year. This year was the first time the event was held similarly to how it was before COVID-19.

For fourth-year Joslin Keim, the AS Major Concert Coordinator, planning the lineup and execution of the event was a challenge as they are a transfer student and hadn’t attended Lawnstock pre-pandemic.

“It’s been an interesting piece of the puzzle, how do you plan an event that you never got to attend in the past?” Keim said. “I’m very thankful for my office, other teams within AS and even people in my classes who are familiar with Lawnstock and have provided their input.”

Keim said the anticipation as the date approached was really exciting and they were most looking forward to kicking back, watching the artists and using the time as a break from finals week.

“Watching everything come to fruition and come to life has been really exciting and it’s super satisfying to be like ‘Wow, I really put together a whole event,’” Keim said.

Keim said picking artists for the lineup is an exciting and tedious job to oversee. Deciding who’s on the bill, how long their set is and when they perform takes a lot of time and consideration.

Upon coordinating the line-up, Keim knew that local band, Hockey Teeth would have their spot reserved since they won Western’s Battle of the Bands back in early 2020.

“We won battle of the bands, and then came the pandemic, so finally getting to perform a longtime anticipated event now feels like more of a showcase of what we’ve been up to in the past couple of years,” Hockey Teeth member Owen Rollison said.

Hockey Teeth member Austin Colwell said it’s been one of their aspirations to play Lawnstock ever since attending in-person before the pandemic hit.

He said going from an attendee to a performer is an exciting milestone.

“That was my fuel, and why I kept pushing my bandmates to have extra practices throughout the upcoming weeks,” Colwell said.

The group collectively said having the first set and playing with other bands is an honor.

“It’s always kind of humbling to share the stage with bigger artists, we’re the opening band so it’s kind of cool. I'm looking forward to showing what we can do,” Rollison said.

Riley Adair said he was thrilled to be opening for the Naked Giants as he has been a long-time fan of the band.

“I was literally at one of their shows a couple years ago, so I’m really excited to see them play and hopefully get to talk with them,” Adair said.

Hockey Teeth expressed their excitement to play their songs “Go There” and “Isolation.”

“‘Go There’ was originally a slower song, but when we speed up the tempo and feel the energy, there’s just grins all around and it’s a lot of fun,” said member Zach Grande.

Hockey Teeth’s new single “Isolation” will be released on streaming platforms on June 10.

Western student Sam Wright was equally excited to take the stage at Lawnstock this year with his hip hop collective 49th Parallel.

“Freshman year 2019 was the first and last Lawnstock I attended until now,” Wright said.

“Funny enough, when I saw Travis perform that year people started chanting ‘49’ and he stopped the show and was like ‘what does that mean?’ Now we’re up there performing and it’s totally full circle.”

Wright said he is grateful for Bellingham’s music scene and the love that comes from the crowds here.

Wright said all members of 49th Parallel have been long-time friends before they even started making music. He said their friendship history makes their energy naturally fall into place on stage and allows them to spontaneously bounce off each other.

“We bring our relationships off-stage to our shows so even when we fight like brothers we can make jabs at each other all in good fun,” said Wright.

Third-year student Anyssa Mahmoud said being in the front of the crowd with her friends was really fun because they got to see the artists up close and interact with them.

“The rain didn’t stop us, and I can’t wait for next year’s!” Mahmoud said. 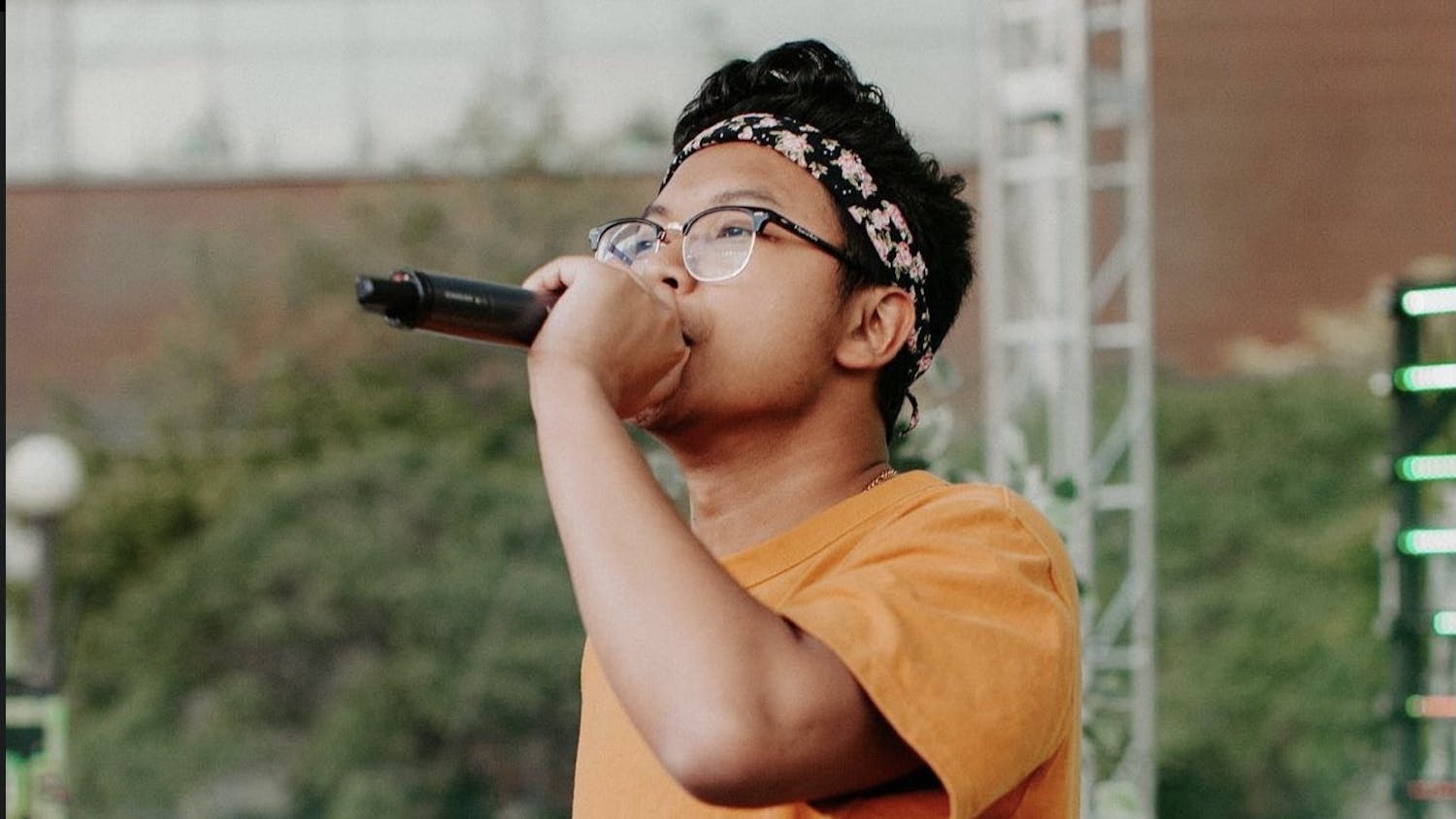 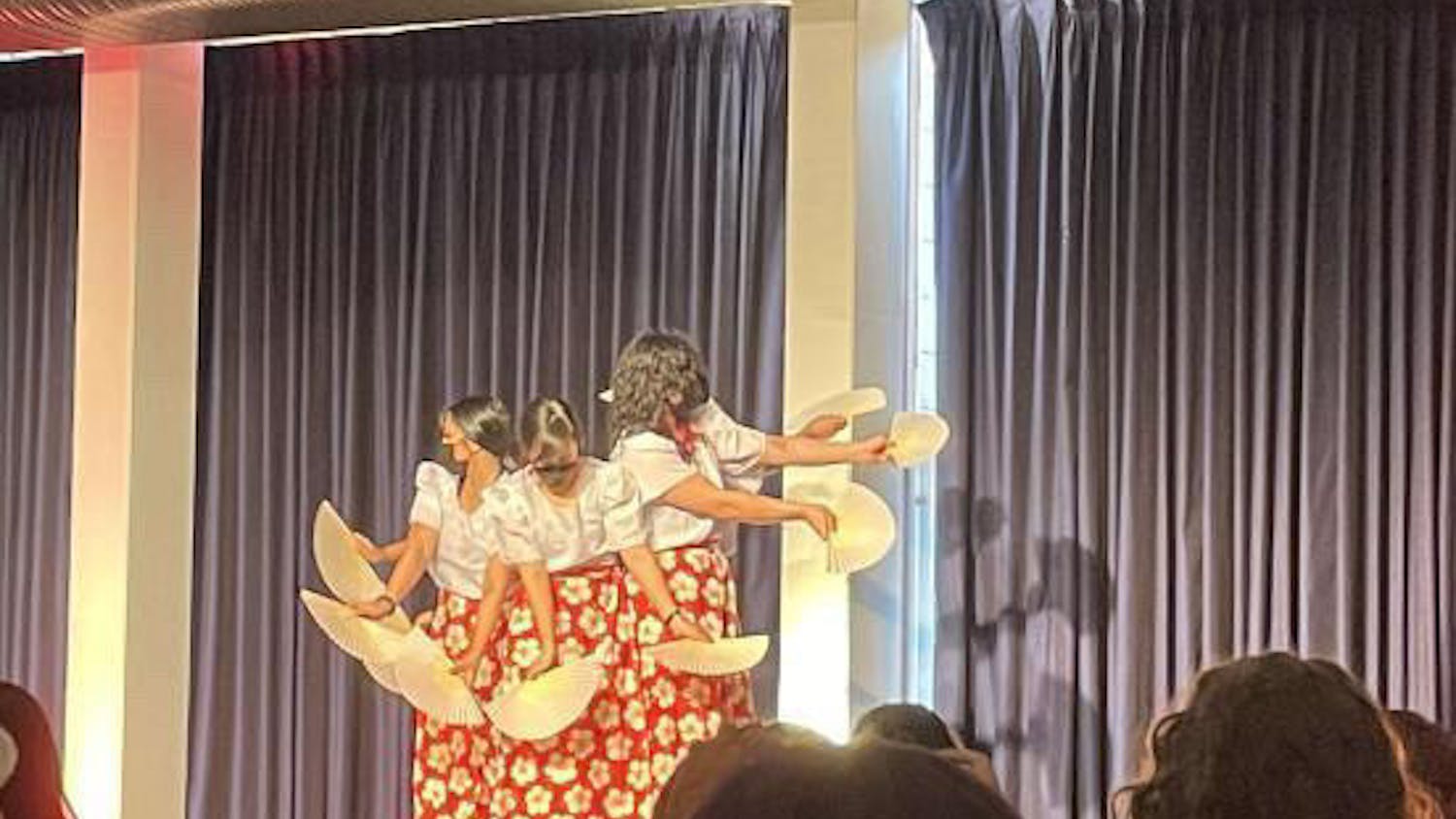