Western celebrated Earth Day with a week of discussions and celebrations

During  Earth Week, Western Washington University and members of the community celebrated the efforts of BIPOC and youth climate activism with a week of events that began Saturday, April 16. The events included outdoor activities, film screenings, panel discussions and two celebrations.

Organization for Earth Week began months ago, said Laura Wagner, the AS VP for Sustainability. A group of students ranging from members of AS Productions, the Sustainability Engagement Institute, AS Student Government and interested students worked together to plan, organize and execute the celebrations.

Wagner said that the AS VP of Diversity, Naira Gonzales, was in communication with many of the groups and organizations involved. The two did a lot of coordination, communication and problem solving for the events.

Wagner spoke about the history of Earth Day and the organizer's motivation for centering Indigenous and POC stories. The first Earth Day celebration, in the ’70s, was very white-led, a theme that continues to this day.

“For centuries before them, there have been and still are indigenous people all over the world who consistently advocate for their inherent rights to live with the land,” Wagner said.

Wagner and Gonzales wanted to focus on the often ignored experiences of BIPOC within the context of climate and sustainability activism.

The events began on Saturday with an opportunity for community service. On Monday, keynote speakers discussed Indigenous identity and the environment.

One of the speakers was Isabella James, a member of Children of The Setting Sun Productions, an organization working to market Native American themed performance art and make Native culture and history more accessible.

James talked about the organization's Salmon People Project, an effort to support tribes experiencing the loss of Salmon populations.

Another member of CSSP, Free Borsey, spoke about the organization's Earth Day celebration that took place on Friday and was advertised alongside Western’s events.

A documentary was screened on Tuesday, followed by a panel of speakers. “Expedition Reclamation,” was made by the Brave Space Project and aims to reclaim being “outdoorsy” for black, indigenous and women of color.

On Wednesday the SEI led a tour of campus highlighting recent sustainability initiatives.

A screening of “End of the Line,” a documentary about the efforts of indigenous women to prevent the construction of the Dakota Access oil pipeline, followed.

On Thursday, Gonzales and Dr. Blanca Aranda Gomez, an associate professor of Spanish at Western, ran a screening and Q&A about the film “Even the Rain.” The story follows a film crew in Cochabamba, Bolivia who are disrupted when the locals rise up against the privatization of the water supply.

The biggest events of the week took place on Friday. The Earth Day Festival and Market included over a dozen tents, set up by the Earth Week group, which housed sustainability clubs and vendors from the community.

Beginning at 12 p.m., over a hundred students and community members gathered in Red Square, learning about sustainability and snacking on the food for sale.

“Sustainability is important to me because without it we are going to run the earth's resources into the ground and be left without a planet to live on,” said Sarah Foster, a first-year at Western who attended the festival.

She believes the festival and market educated attendees about sustainable practices and processes used on campus.

“It was really accessible being on campus and I wanted to see what it had to offer,” Foster said about the event.

The Students for Zero Waste Club hosted a clothing swap where attendees exchanged second-hand clothes. At the end of the day, the club donated the remaining clothes.

Some of the businesses in attendance were Sage Against the Machine, Buu Chan and Leif’s Tea.

At 4 p.m. the same day, CSSP hosted their own celebration at Maritime Heritage Park. The celebration was focused on the efforts of young climate activists.

“It’s the generation that is going to make these changes,” Borsey said.

The seventh-generation principle asks one to think about how their actions will affect the next seven generations. Even indigenous people without children are planning ahead for future generations, Borsey explained.

Borsey hopes that celebrating youth activism will show that there are people who are putting in the work and that there is hope for the future.

“Your voice is important,” James said. “Your voice matters and your words matter.”

Over 20 organizations representing the community had booths at the celebration. The event opened with the Lummi song and dance group and included young indigenous and non-Indigenous speakers, Borsey said.

The sound of the dancers’ costumes and seagulls’ cries could be heard in the background as the speakers presented their thoughts about indigenous relationships to the land.

The week ended on Saturday with a work party including pizza led by the Nooksack Salmon Enhancement Association. Participants took a bus to work at the California Creek in Blaine.

Wagner said she wanted the week to be a learning experience and a celebration.

“I hope they'll be able to take what they learn and apply it to their daily lives so that it's not just one day or one earth week, but they can start living based off of what they learned.” 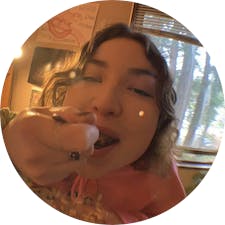 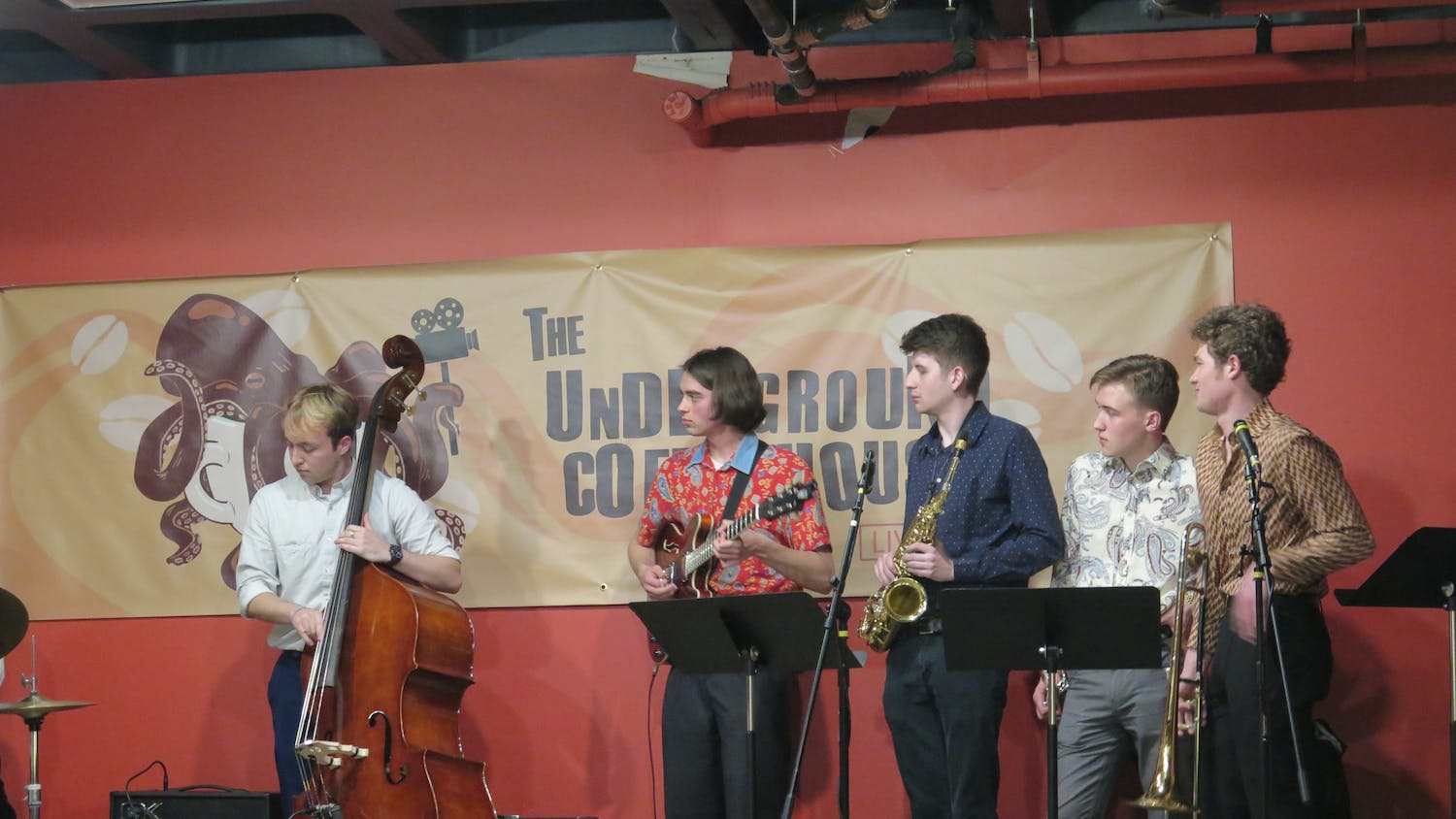 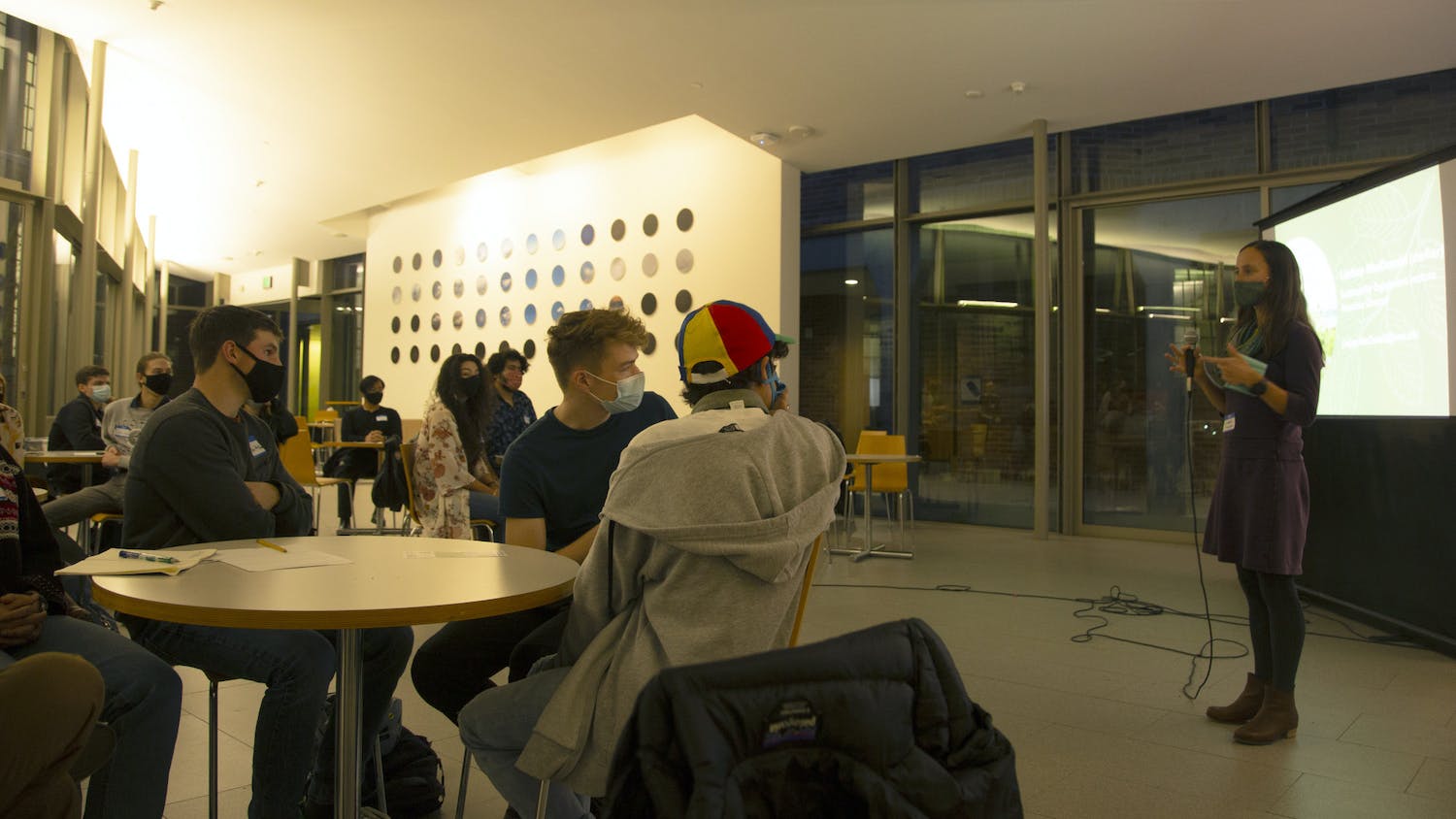