For 50 years, citizens and government officials have been working to build an epic trail spanning from Bellingham Bay to Mount Baker. While a few trail segments have been established, the project has proven to be a Herculean task.

The proposed 74-mile trail begins at the beach at Little Squalicum Park in Bellingham and follows an arching path that passes by Sumas, eventually ending at Mt. Baker Ski Area on Mount Baker.

The idea first started gaining steam in the 1970s when a network of railroad tracks was decommissioned, presenting a near-perfect opportunity to build the large trail, said Mike McFarlane, director of Whatcom County Parks and Recreation.

The acquisition of the railroad land never worked out, so now the route is claimed by many private property owners and parts belong to the Washington State Department of Natural Resources.

That made the plans become less straightforward. Whatcom County would have to either come up with easement agreements or buy the property from each owner, which would take a lot of time and human power, McFarlane said.

“With all of these trails, the biggest thing [that gets in the way] is the land acquisition,” McFarlane said. “The construction is expensive, but it’s not insurmountable, and there’s a number of different funding sources available.”

Since the railroad plans were abandoned, over 100 private property owners have stakes on the trail route, some of which have built houses and driveways where the trail was originally planned to run.

Acquiring easements and adjusting plans around these obstacles is extremely expensive and time-consuming. As a result, the trail’s development is at a near standstill.

But even though the overall plan doesn’t have an end in sight, it doesn’t mean there aren’t developments continuing to happen.

The city of Bellingham is currently working on expanding the trail within its city limits.

Currently, the beginning segment of the Bay to Baker Trail exists in Little Squalicum Park. It runs from Squalicum Beach through Cornwall Park and finally terminates past Sunset Pond Park at Iron Gate Road.

The city has two main goals for the Bay to Baker Trail, said Laine Potter, the design and development manager at the city’s Parks and Recreation Department.

“There’s the goal of adding on, expanding and improving the Bay to Baker but also establishing trail corridors to connect neighborhoods to get folks to Bay to Baker,” Potter said.

New capital projects, such as expansions of the Bay to Baker Trail, must be added to the city’s Parks, Recreation, and Open Spaces Plan in order to be considered in the biennium city’s budget. Therefore, the PRO Plan is rewritten every six years.

In the city’s 2020 PRO Plan, it was recommended to add on to the trail, taking it north-east of Sunset Pond Park in the Irongate neighborhood all the way to the city limits, where eventually it could meet up with the county-wide segment of the trail.

The trail’s purpose isn’t just to provide the option of an epic 74-mile hike but is meant for commuting and transportation. Thirty-three percent of the ‘Greenways’ levy is allocated to trail land acquisition, but beyond that, a focus on the transportation aspect helps secure funding.

For those that see long trails like this not as transportation but a challenge, such as trail runners and ultramarathoners, a continuous trail like this would be a dream come true.

Dan Probst is an ultramarathoner and trail runner; he has ran from Bellingham Bay to Mount Baker and back three times, although not on the Bay to Baker route.

Probst became interested in large-scale trails in Whatcom County after running the Tor des Géants, a 200-mile continuous trail race through the Italian Alps in 2010.

After that experience and realizing the interconnectedness of other trail systems around the country, Probst spearheaded a trail concept that he believes would be a great option for getting from Bellingham Bay to Mount Baker.

When it comes to the city of Bellingham’s efforts to add more connectivity to the trail systems, the most recent development of the Bay to Baker trail was completed in August 2021 with its expansion northward to Queen Mountain Park.

There are two other large-scale corridor trails in similar situations in Whatcom County, the Coast Millennium Trail and the Nooksack Loop Trail.

The Coast Millennium Trail would begin at the Canadian border in Blaine and snakes down the coast to Skagit County.

The Nooksack Loop Trail shares a similar beginning as the Bay to Baker trail, but once it reaches Everson, it loops back west, following the Nooksack River past Lynden, through Ferndale and finally back to Bellingham.

“These [trails] get built in bits and pieces as opportunities present themselves,” McFarlane said. “They are multigenerational projects because unless you get an intact rail corridor, you’re looking at years of putting together the corridor and making improvements.” 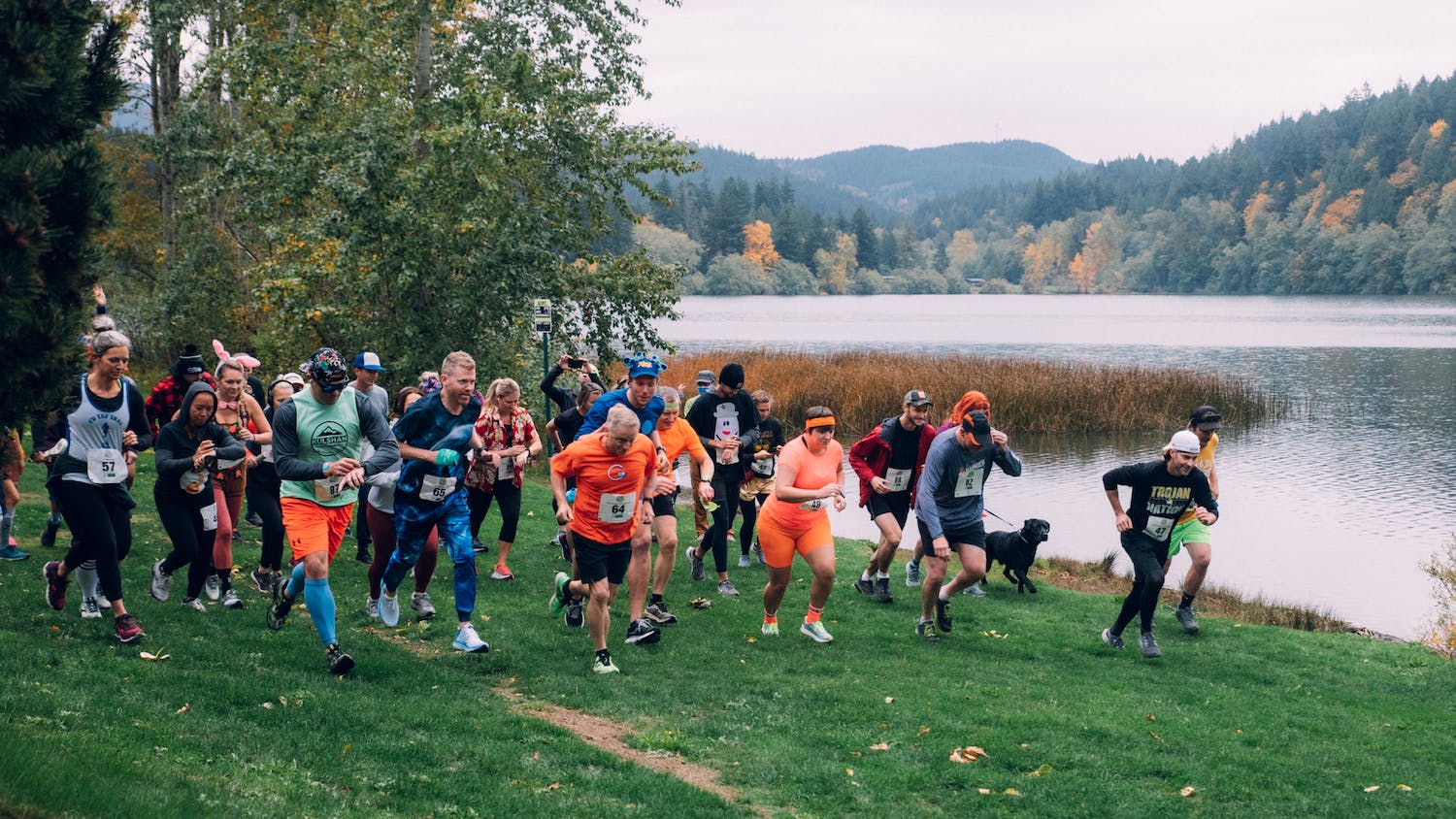 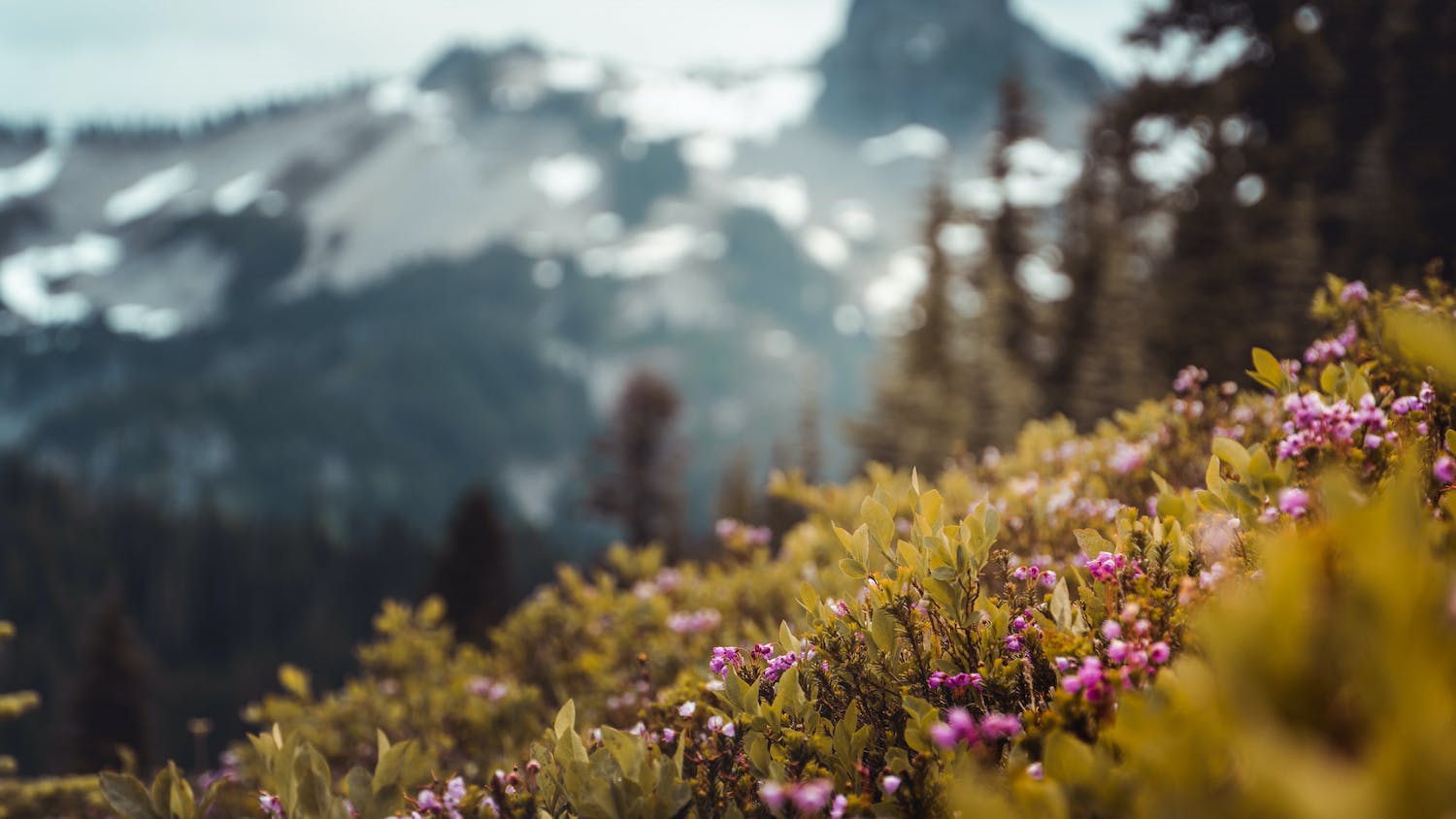