The passage of Bellingham’s Initiative 2, banning city and police use and retention of facial recognition and predictive policing technology, is a move for civil liberty for the people of Bellingham, and a force of change for the Bellingham Police Department.

Maya Moralez, an organizer for People First Bellingham, said Initiative 2 was put forth, along with three others, hoping to protect marginalized groups who are often targeted by police through invasive surveillance technology and to give Bellingham residents the opportunity to deny government use and collection of their personal data.

The initiative garnered the endorsement of the ACLU of Washington as the organization has been supporting anti-facial recognition technology legislation and liked that the measure incorporated a ban on predictive policing technology as well, said Jennifer Lee, tech and liberty manager for the ACLU-WA.

Morales told The Front that PFB wanted to make solid change with an outright ban on these technologies in order to establish nothing short of full protection from an extreme level of surveillance and an invasion of privacy, because simple police reform had not sufficed.

The Ban on Facial Recognition

“Facial recognition gives the government the power to spy on ordinary people wherever we go, enabling the persistent tracking of protestors at political rallies; it enables ICE to find immigrants and cities to routinely track and monitor the movements of their residents,” Lee said.

Facial recognition software, such as Clearview AI, can identify individuals for law enforcement by analyzing faces captured in photos or seen in real time, comparing them with preexisting photos collected through social media, news media, mugshots and other open web sources.

Lee said Mobile Device Forensic Tools such as Cellbrite can mine the contents of cellular devices and may be able to extract photos to be used by law enforcement.

“Nearly everyone [that we talked to] supported this,” while they were collecting signatures, Morales said. “Pretty much universally, folks feel like [advanced surveillance technology] is not okay, and it’s creepy.”

The Bellingham City Council was not so supportive of Initiative 2, however, and announced their opposition of Initiatives 1 through 4 on Oct. 13.

“That's obviously not reflective of the opinions of the city overall,” said Josh Cerretti, board secretary for the Whatcom Peace and Justice Center and member of Imagine No Kages.

Proponents for the passage of Initiative 2, like Morales, Lee and Cerretti, all emphasized the threat of facial recognition and predictive policing technology on economically and racially marginalized communities, stating that these tools disproportionately surveil these already criminalized groups.

“Any time surveillance technology has been used, it's just harmed people of color, people with disabilities, low income people, trans people,” Lee said, mentioning that the technology works poorly on people of these identities.

The efficacy of facial recognition tech isn’t the forefront issue for ACLU-WA.

“Even if facial recognition technology operated perfectly accurately, it would still be used to disproportionately surveil marginalized communities,” Lee said.

The anti-surveillance laws aim to reduce law enforcement encounters for the poor and racially diverse people of Bellingham.

“When you have folks who are struggling economically, it is a position that is so much more at risk in every single way and you're far more at risk of having dangerous encounters with law enforcement when you are living at or below the poverty line,” Morales said.

PFB introduced their initiatives as a package, hoping to pass renter, labor union and wage protections that would holistically protect the most financially precarious Bellingham residents who are the most profiled by law enforcement.

“There's been a movement to restrict and prohibit the use of these really invasive tools, and there's been a growth in public understanding of how these tools really fuel systemic racism and harm everyone’s democracy and civil liberties,” Lee said.

The people of Bellingham are taking advantage of another opportunity to change the city’s policing landscape as the city recommenced their search for a new police chief on Nov. 8 after forgoing all of its four finalists named in their initial search in May. Chief Flo Simon will continue to serve as the interim police chief until June 2022.

Searching for a new Police Chief

After the city asked community members to give their input through their Engage Bellingham page, nearly 200 residents described the qualities they’d like to see in a new police chief.

Members of the Defund BPD coalition that Cerretti is involved with through Imagine No Kages, did not want to be a part of this process because engaging in the process would validate it and instead voiced their disapproval of the four previously named candidates directly to Mayor Fleetwood.

Activists like Cerretti would like the new police chief to work hard to make their own job obsolete.

“What a lot of police institutions have done is continually expand, continually chew up more public resources and never actually address the root causes of the issues that they're supposedly hired to address,” Cerretti said.

Cerretti expects the city to hire a chief who will continue the status quo that he said is politically objectionable and morally repugnant, disregarding the input of the people who will be most impacted by law enforcement.

The victory of Initiative 2 is nowhere near the end of the fight for proponents of police reform in Bellingham.

Morales mentioned that the city of Bellingham admitted to using predictive policing software in the past and may have profiled folks working at Camp 210 with invasive surveillance technology.

“We are on the cusp of these technologies becoming super dangerous in our nation,” Morales said.

Senate Bill 6280, passed in February 2020, holds agencies accountable for use of facial recognition services, but Lee said the measure was weak and makes it hard for bans on facial recognition technologies to be passed at the state level.

At the federal level, lawmakers have introduced the Facial Recognition and Biometric Technology Moratorium Act to halt government use of biometric technology such as facial recognition software, voice recognition and gait recognition. The moratorium has not been passed yet.

Advocates like Morales, Lee and Cerretti are hopeful that bans on advanced surveillance technology will make it to the federal level, protecting marginalized communities nationwide.

“There's definitely a desire to see us focus more on people's health and ability to thrive and the criminalization of folks who have been underserved for generations, [there are] very real reasons why they are exposed to greater amounts of precarity and instability and often violence,” Morales said.

Initiative 2 is a two-year law and must be in place for only two years before it can be amended.

“If it's not a permanent solution, people will still have to remain vigilant,” Morales said. “And we still can.” 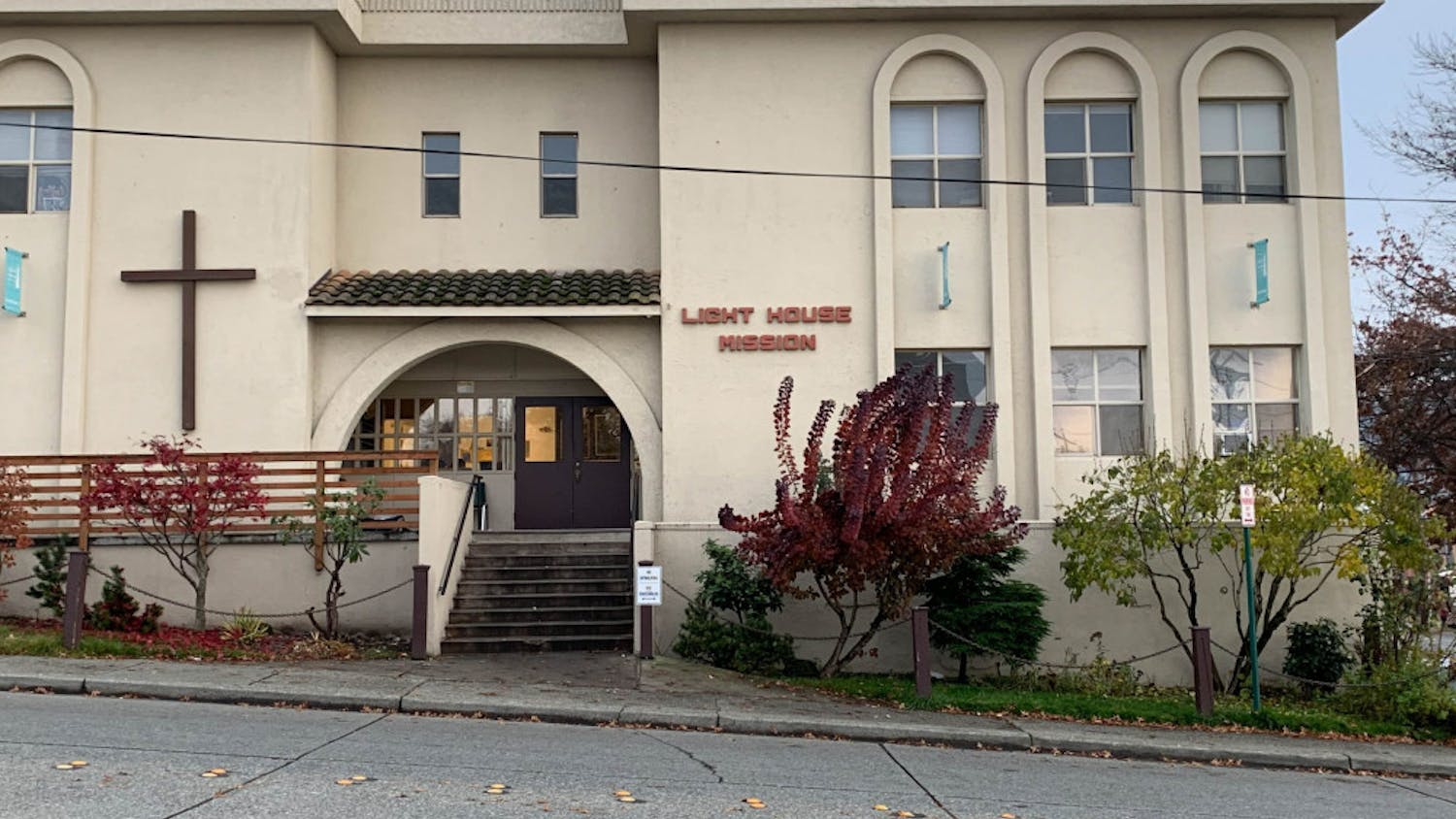 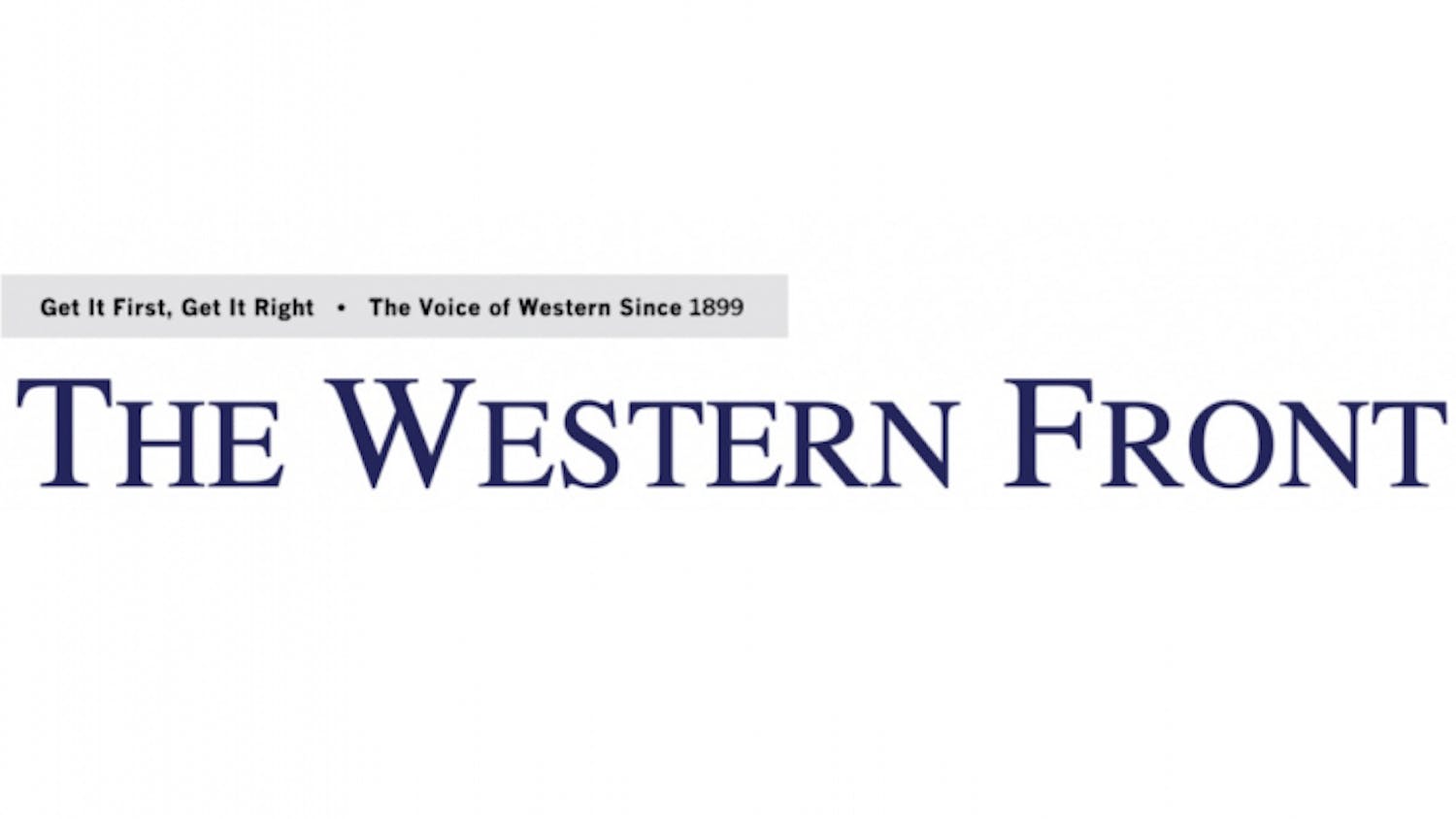 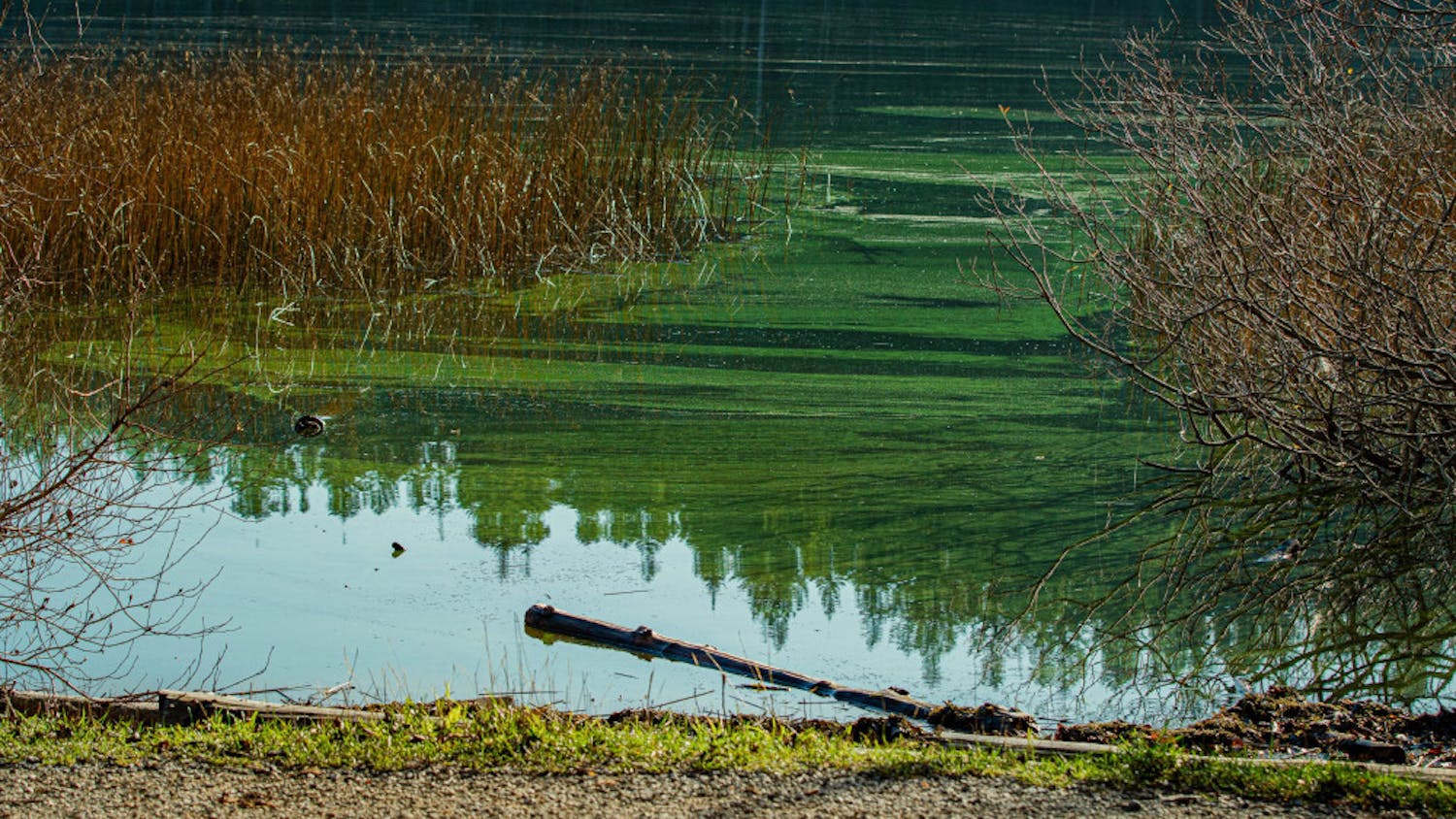 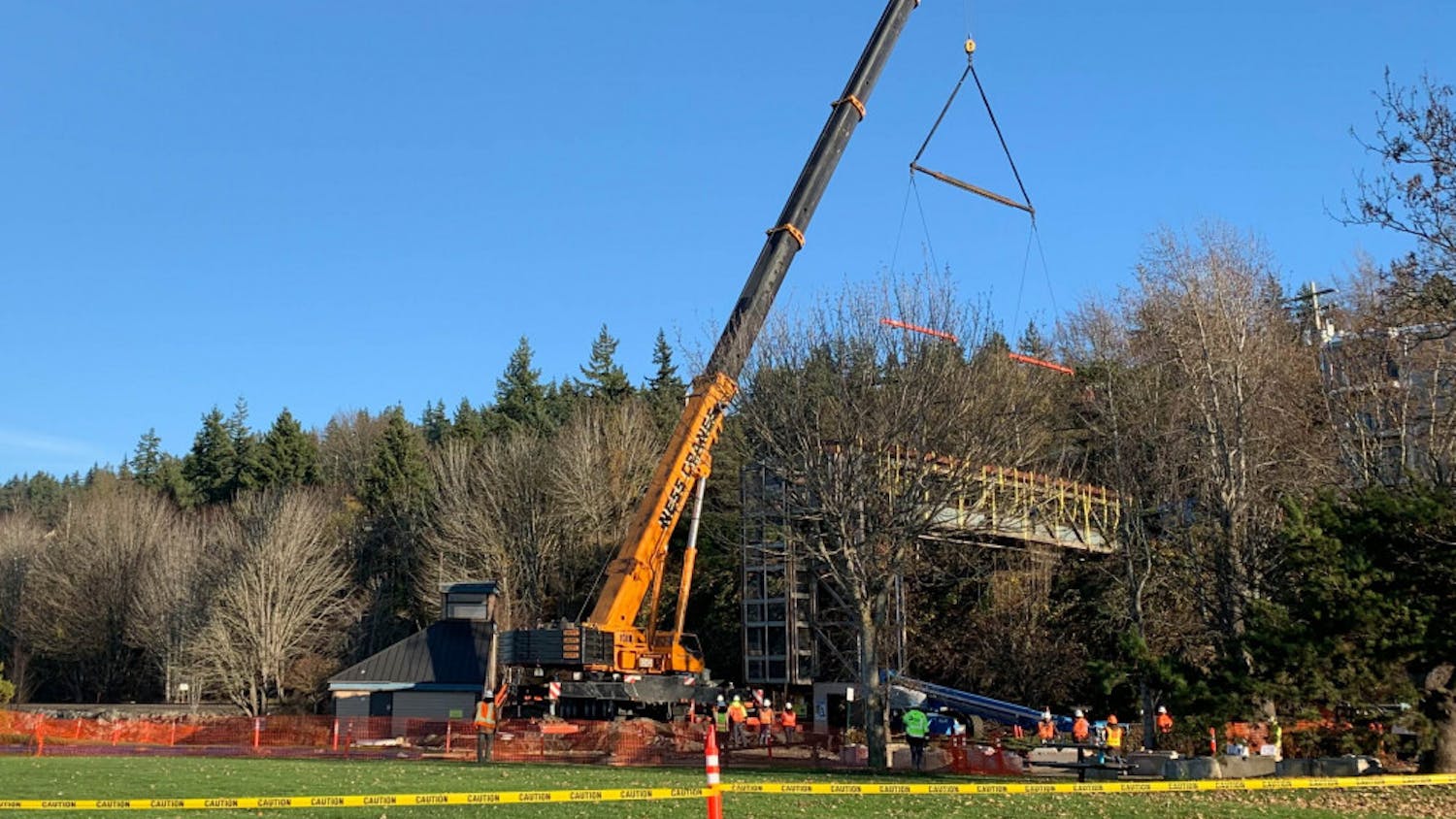