Content Warning: This article contains language that may be triggering or traumatizing to some readers.  CW: Sexual harassment

The posters have since been taken down, but the information continues to be widely shared across Western social media pages.

The posters were referencing a 2016 incident in which Stangl was accused of sexually harassing two teaching assistants during a 10-day field course in San Francisco. An initial university investigation found that Stangl’s behavior was not severe enough to be identified as sexual harassment, but when the investigation was reopened a year later, Western’s Equal Opportunity Office, or EOO, concluded that Stangl had sexually harassed the students.

Instead of firing Stangl, Western barred him from teaching courses during summer 2018. Stangl was also barred from teaching field courses, or classes involving travel, until summer 2020.

The incident was a highly publicized source of controversy at the time, but reactions on social media over the past day show that many newer Western students — even some who have taken classes with Stangl — weren’t aware of the incident until this week.

The decision to keep Stangl on staff has been especially controversial because he teaches several classes that are required for the urban planning major. He is the only professor who teaches introduction to urban planning.

John Thompson, Western’s interim University Communications director, said that while other faculty members sometimes teach introduction to urban planning, Stangl is the only faculty member teaching the course this year.

Thompson said the university has an independent investigative process that is followed for incidents like the one involving Stangl. That process was followed in 2017, and Stangl was held accountable, Thompson said.

“Since that time no new information has come to light about those incidents nor any other incidents. As such, the university can’t reinvestigate someone for an incident that has already gone through that disciplinary process,” Thompson said in an email.

In a statement submitted during the EOO investigation, Stangl denied some specific parts of the students’ allegations but admitted that many of the details were correct. He apologized for his behavior and called it a “terrible lapse in judgment.”

Stangl did not respond to an email from The Front sent on Thursday afternoon, Nov. 4.

When The Front asked Stangl about the incident in 2018, he declined to comment and directed questions to University Communications.

The student who put up the posters in Red Square and the Viking Union on Wednesday told The Front they did so because they previously signed up for a class taught by Stangl without knowing about the incident and wanted to make sure other students didn’t do the same.

“I was upset I was in a class taught by someone with a history of sexually harassing students. I hung up the posters to educate my fellow peers of his history so no one unknowingly take a class with him,” the student said in a text message.

The student — who asked not to be named because they are concerned about backlash from the university — said they learned about the incident after coming across a 2018 article The Front published about the investigation.

The student said they were excited about studying urban planning at Western. But after learning about the incident, they said they no longer plan to pursue the subject.

Stangl is teaching three courses remotely this quarter. He is also listed as the instructor for various graduate-level courses, though ClassFinder says no students are registered for them this quarter.

News of the allegations and subsequent backlash against Stangl were reported by The Front in 2017 and 2018. The reporting was based on university records, emails and other documents obtained by the student paper. The following timeline is based on those reports.

Have you reported sexual misconduct to Western? We’d like to hear from you. The Front is committed to investigating the university’s systems for handling instances of sexual misconduct and other Title IX violations. We take privacy seriously and won’t publish your name or any other information without your explicit permission. You can get in touch by emailing eic.westernfront@gmail.com.

The allegations against Stangl center around a 10-day field course that took place in San Francisco. Two female teaching assistants had flown in a day earlier than other students on the trip. They ate dinner with Stangl while discussing class topics. Stangl had two or three beers and invited the two students up to his hotel room after dinner, according to one student’s report which was viewed by The Front.

One of the students, Stirling Scott, told The Front in a 2018 interview that Stangl seemed intoxicated and pressured the students to drink when they got to the room.

Scott was underage at the time. She said she just held a glass of wine and sipped it because she was uncomfortable. Stangl told them not to tell anyone about the alcohol because they were minors and he could get in trouble, Scott said.

According to the report, Stangl became emotional and started sharing intimate details about his personal life; he also grabbed the women’s hands and tried to pull them into a group hug. One woman’s written report cited Stangl’s emotional state and the existing power dynamic as reasons the two women were hesitant to leave.

At one point, one of the students wrote that Stangl’s foot accidentally touched her foot. She quickly moved it away. In the report, the student wrote that she wouldn’t have considered it suspicious if Stangl hadn’t joked about it afterward and then purposely touched both women’s calves with his feet.

Scott said Stangl said several times that he would marry her if he were 20 years younger. Scott said he also made a comment about wanting to lick the students’ thighs. Scott and the other teaching assistant left immediately after.

The students decided to wait until the end of the trip to decide if they should report the incident. In the report, one of the students said Stangl later called them to apologize if he had “said anything weird” the night before.

In a written response to Western’s Equal Opportunity Office, Stangl said he did invite students to his room and offered them alcoholic beverages, which he called a “terrible lapse of judgment,” but he did not pour them drinks. He also admitted to making a comment about wanting to marry Scott, saying he recognized it was inappropriate. He denied saying he wanted to lick their thighs but admitted to making insensitive jokes.

One month after the trip, Scott reported the incident to Western’s EOO. She decided to just report that he had given her alcohol and pressured her to drink. She told The Front she felt bad for him. She didn’t give other details, because she thought the alcohol alone would be enough to get him fired.

Scott said the EOO office reacted to her story by lecturing her about underage drinking. Scott was upset about this and told The Front that whether or not she was drinking shouldn’t have mattered.

“That’s what I would want to say to everyone,” Scott said. “Regardless of what I did, it was his responsibility not to get drunk and say he wanted to lick our thighs. That should be obvious.”

Initial findings from the EOO report were discussed between the EOO officer and the faculty representative on Sept. 26, 2016.

On Oct. 6, the EOO concluded that his behavior was inappropriate but not severe or pervasive enough to be considered sexual harassment, according to the report. The report did say that his behavior violated the Code of Faculty Ethics, which says faculty should avoid intimidation and exploitation of students.

Scott was hoping to graduate from Western without needing to interact with Stangl again, but in March 2017, she saw flyers that said Stangl would be leading students on another field course to San Francisco.

Scott was frustrated that nothing had happened and decided to go back to the EOO with the full story.

During the second investigation, the EOO found enough evidence to support a conclusion of sexual harassment. Western didn’t fire Stangl. Instead, they disciplined him by preventing him from teaching classes during summer 2018. He was also barred from teaching field courses for two summers.

The final report included a statement from Stangl:

“I acknowledge that I invited the [women] to my room and offered them alcoholic beverages. This was a terrible lapse of judgment on my part for which I am sorry. I acknowledge that I made the comment [on marriage]. I recognize that it was completely inappropriate and I am deeply apologetic.”

Students Against Sexual Harassment and Assault protested in Red Square and said they were concerned about lack of action around the incident. Members of the group told the AS Review they were concerned that they couldn’t complete the urban planning major without taking a class with Stangl. They asked that the department add alternative courses for students. In 2021, Stangl is still the only professor teaching introduction to urban planning, which is required for the major.

In February, students gathered at an event co-sponsored by the College of the Environment and CASAS to voice their concerns about safety within the college and a lack of policy changes in response to the incident involving Stangl.

In May, posters calling Stangl a “sexual predator” were hung around campus. They were removed by University Police later that day.

On Wednesday, Nov. 3, posters appeared on Western Washington University’s campus reading “WWU Protects Sexual Predators.” The posters were gone the next day. Thompson, Western’s interim University Communications director, said the university didn’t give any specific instruction to take down the posters, but that items posted on campus walls are routinely removed because it is a violation of the university’s posting policy.

Stangl continues to teach classes this quarter, including introduction to urban planning, which is required for the major and minor.

Reporting from Asia Fields, Julia Berkman, Zoe Deal and other former reporters on The Front contributed to this article. 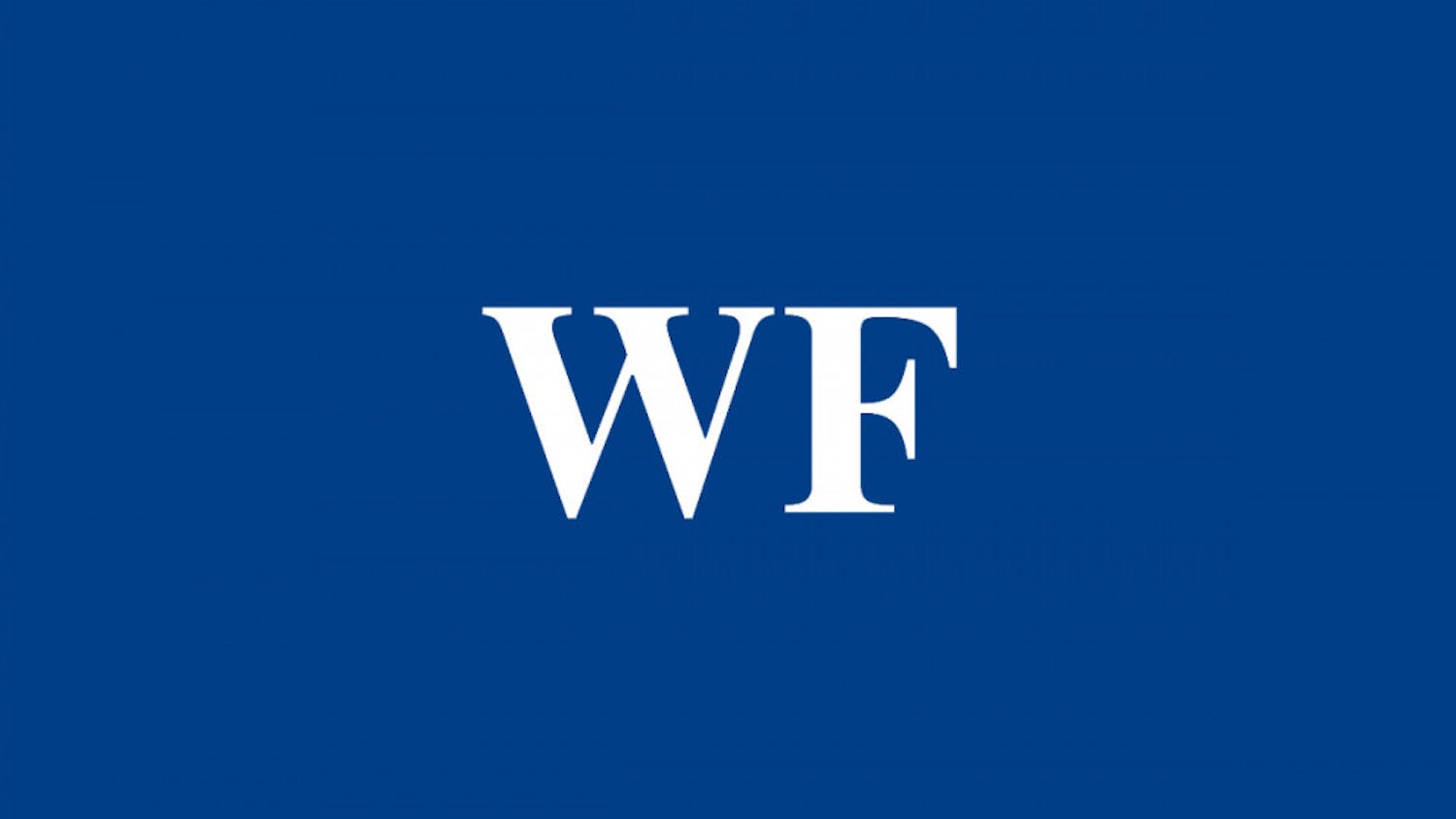 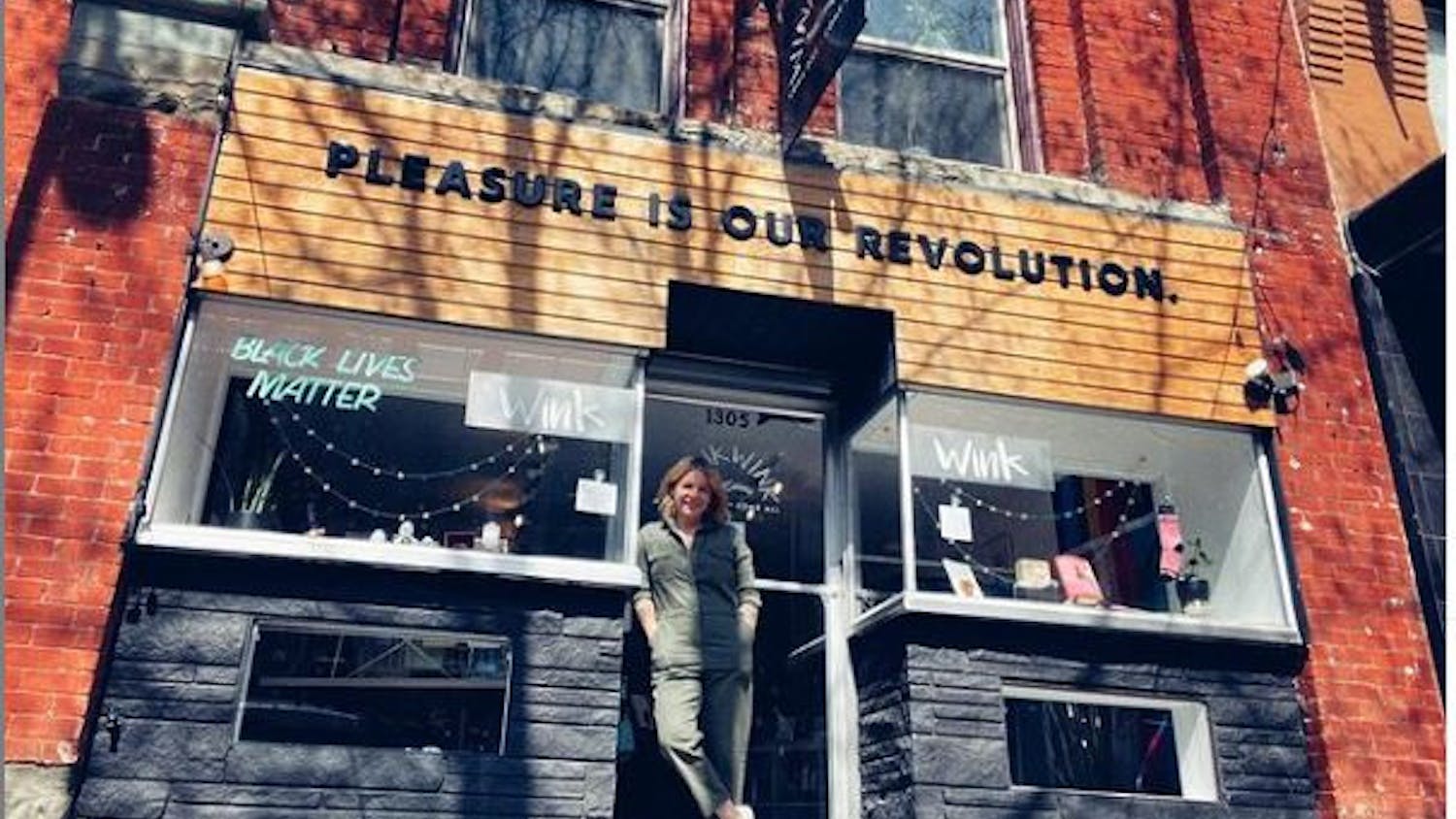 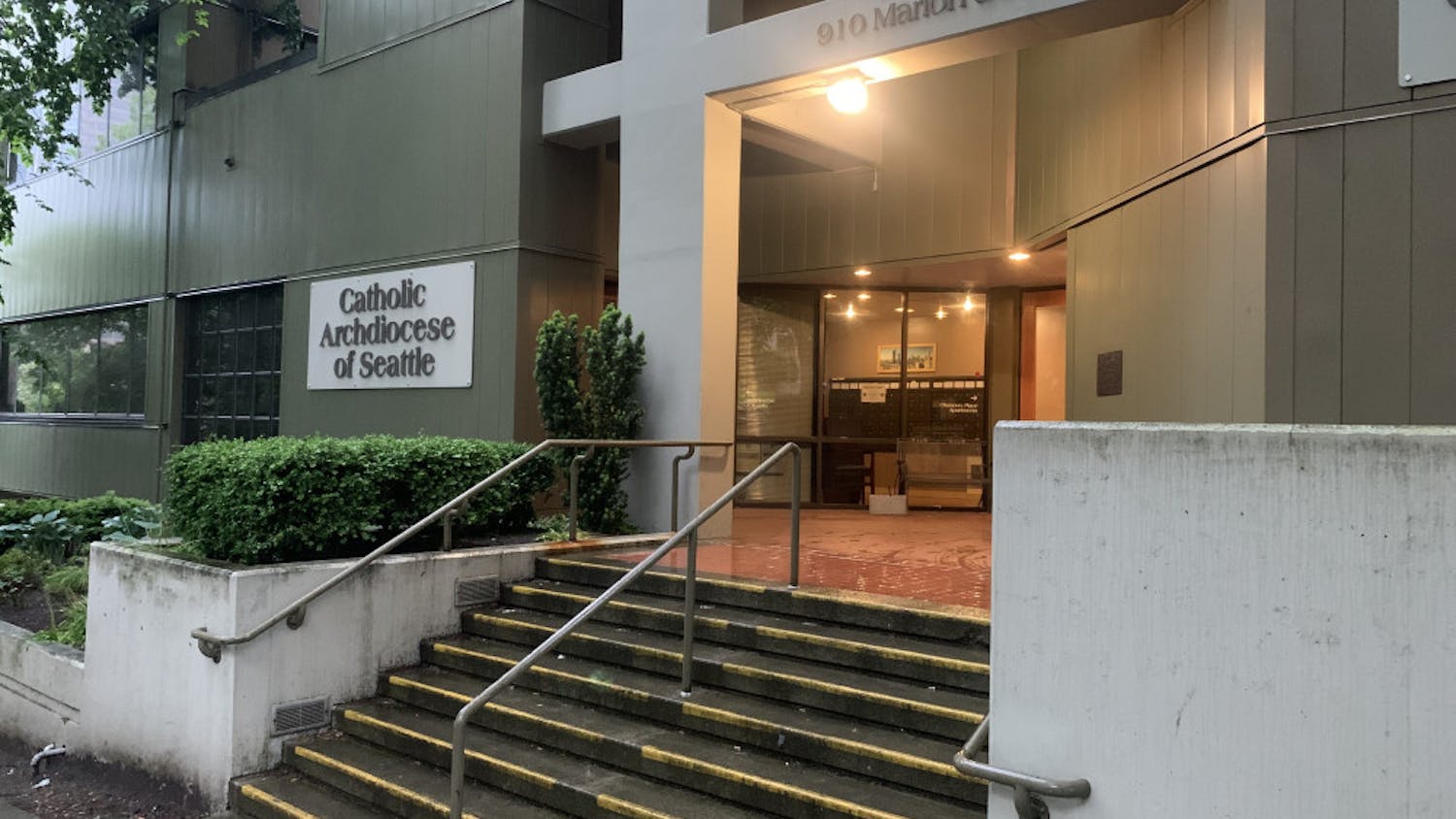 Behind the systems: Former members frustrated over student’s resignation, double standards for dealing with sexual activity 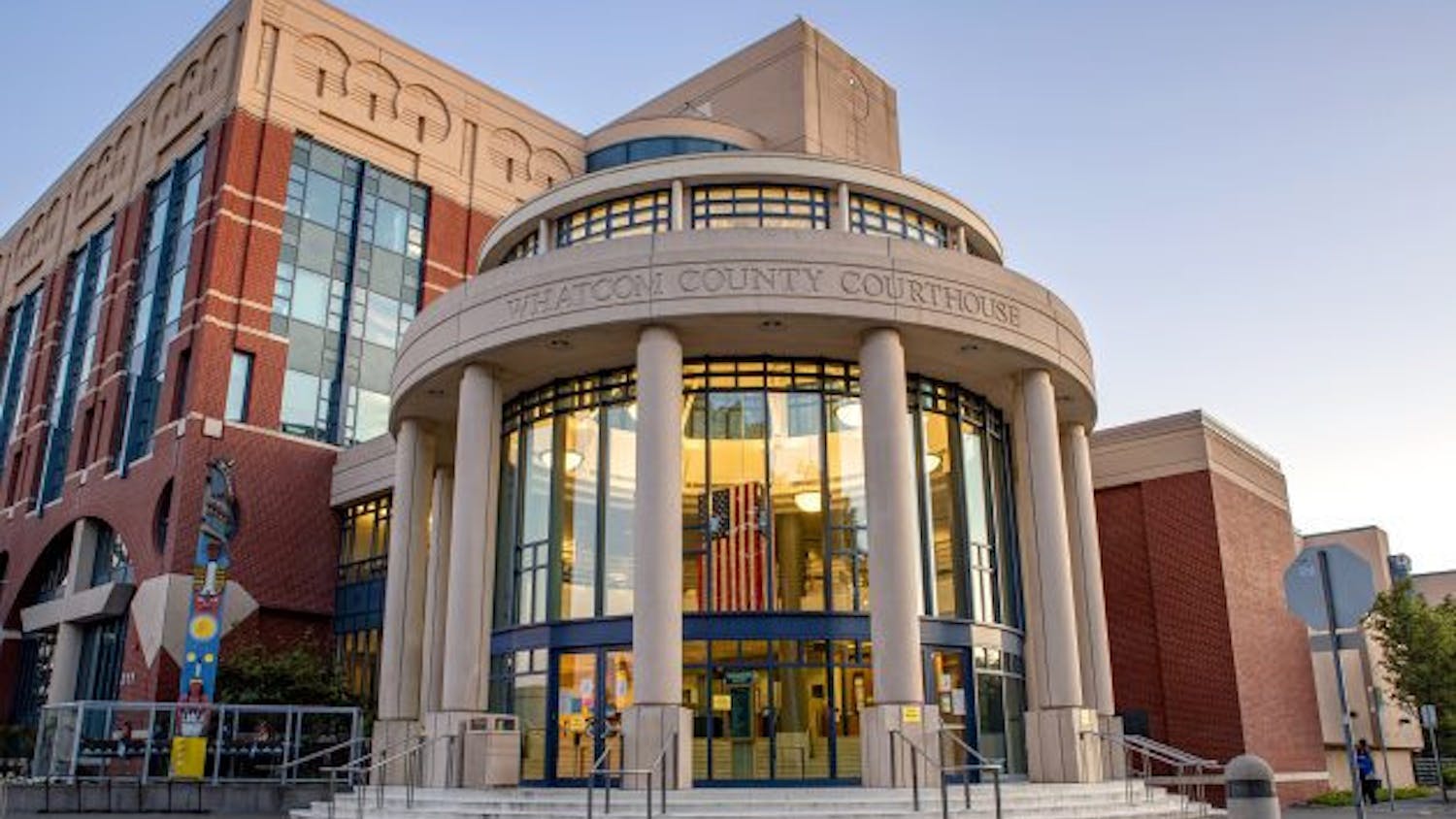 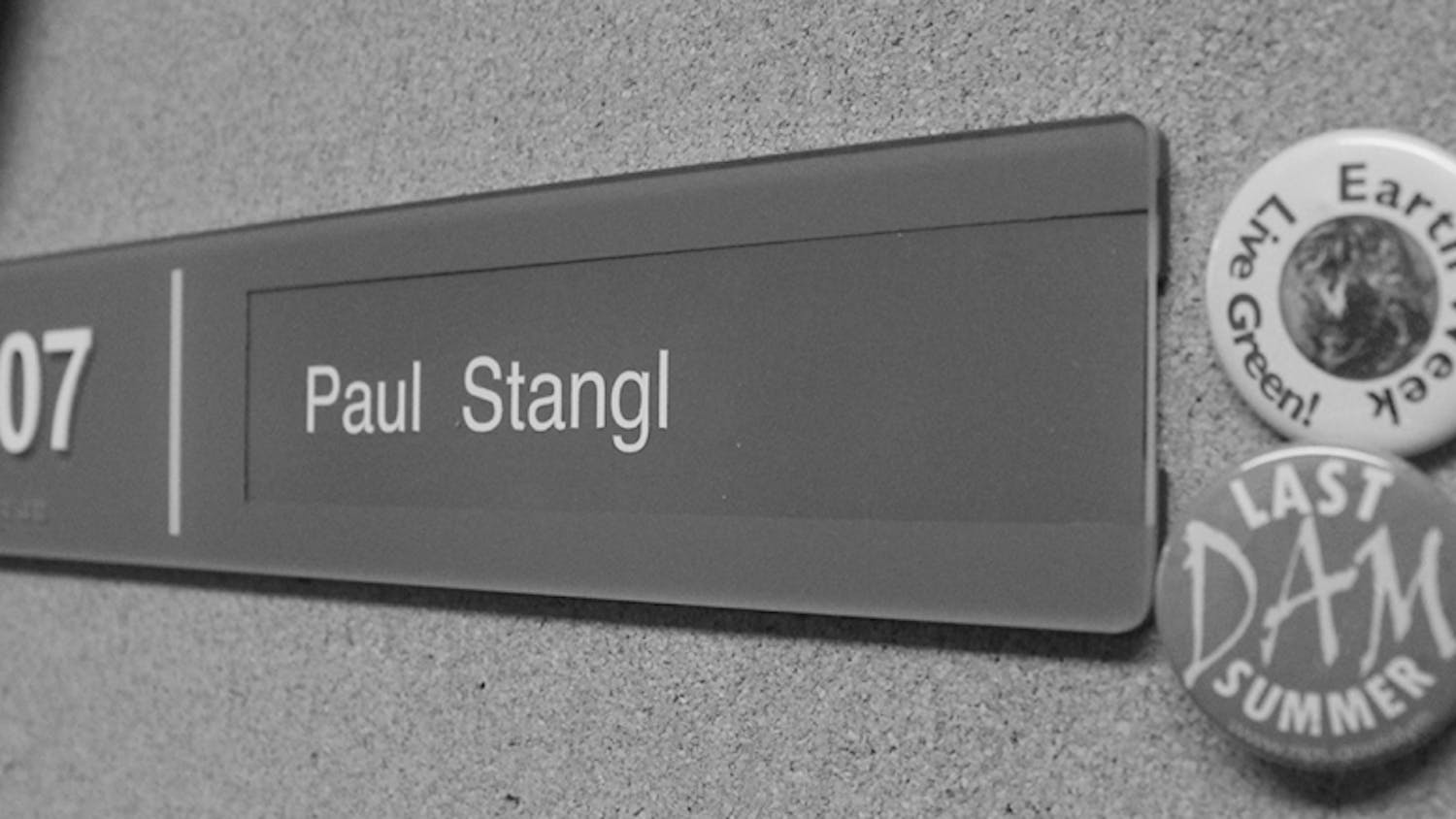 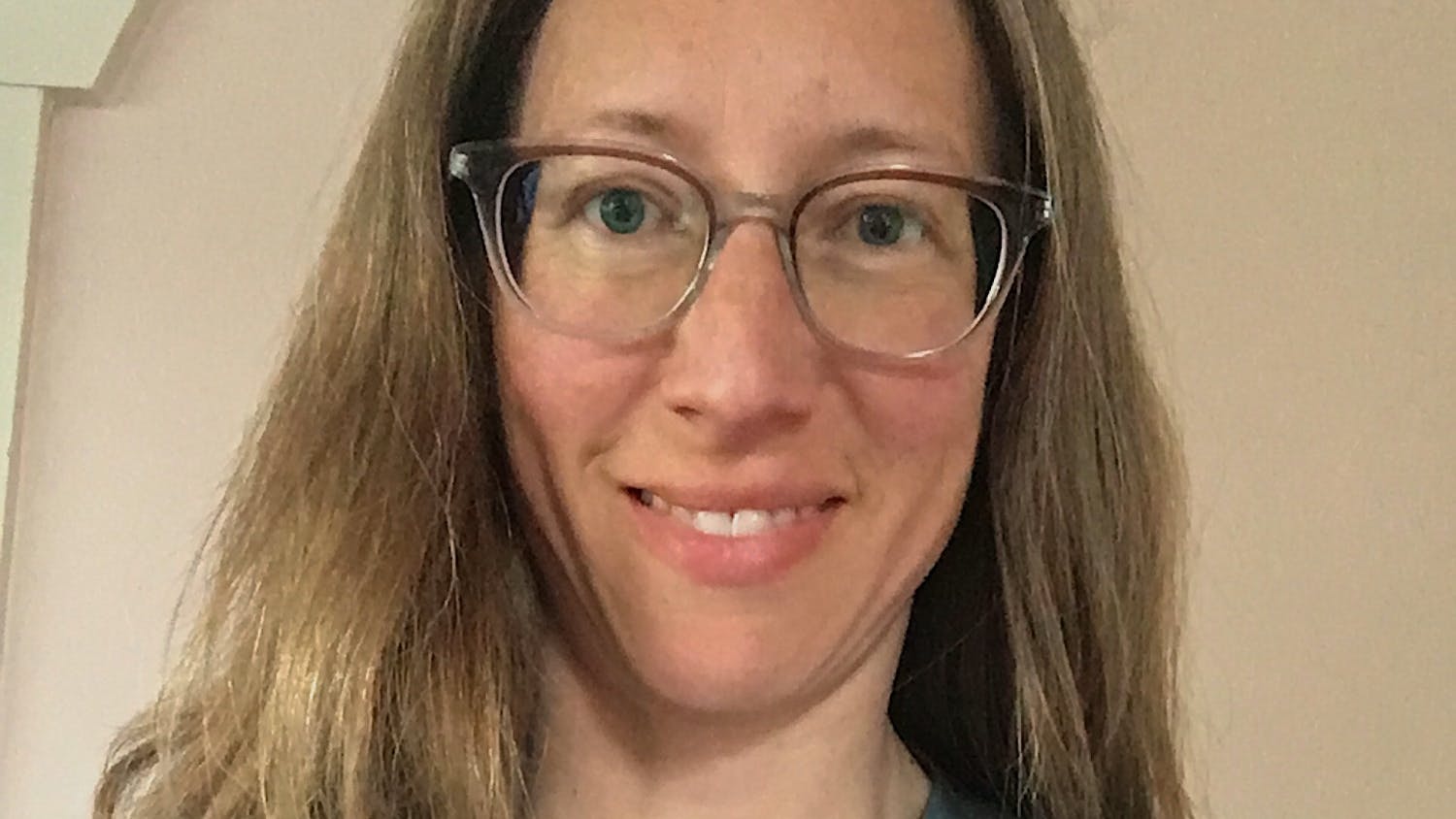