The WWU men’s soccer team came together after a loss earlier in the week to defeat the Montana State Billings, 3-1 in a home match at Harrington field

Western had been coming off of a recent loss against Seattle Pacific University, with a final score of 2-0.

The kick-off started with possession going to the Yellow Jackets as they immediately attacked upfield towards goal.

At minute 15, the Yellow Jackets had the first shot on goal from midfielder Brady Tesch, senior at MSBU, which was then saved by goalkeeper Brandon Locke, a sophomore at Western.

The first goal was scored during minute 28 by the Vikings. Forward Johan Espinoza, junior at Western, scored off of a corner that just narrowly escaped the clutches of the Yellow Jackets’ goalkeeper.

“Coming off the bench it was kinda scary going in 0-0,” Espinoza said. “After getting that goal in and raising up the momentum of the team it felt good. It gave us a good boost to continue on.”

An early lead helped the Vikings by giving them a spark to take on the rest of the game, said forward Eric Bunnell, a freshman at Western.

The Vikings were able to add on to their 1-0 lead at the beginning of the second half by getting an early goal in the 64th minute by forward Alex Whiting, a senior at Western.

Espinoza crossed the ball inside the box to Whiting, and he took a shot that was deflected by the Yellow Jackets’ goalkeeper. The ball came right back at Whiting, and he struck it for a second time nailing it into the back of the net and scoring for the Vikings.

“I knew I had to make some sort of an impact coming back in,” Whiting said. “We definitely want an early goal in the second half to take that advantage.”

Soon after the second Viking goal, the Yellow Jackets scored from a corner kick, the goal was made by midfielder Valdemar Fogt, a freshman at MSBU.

With the score now 2-1, the game was secured with the last goal by forward Gilbert De La Luz, a junior at Western, with an assist from Bunnell.

Bunnell played the ball up the left side of the field, neck-to-neck with a Yellow Jackets defender, and passed to De La Luz for a strong finish from the top of the box inside the left post.

De La Luz is now tied with midfielder Drew Farnsworth, a senior at WWU, for leading the team in number of goals, each now having five goals this season.

In the last 15 minutes of the game, the Viking defense held majority possession and blocked any more advances from the Yellow Jackets to end the game 3-1.

Greg Brisbon, Western’s head soccer coach, said the team had a plan of action going into the game and were able to hold to it, allowing them to grasp another win for the books.

The Vikings will face the Yellow Jackets again on their home turf on Nov. 11. The next game the Vikings will play is against Saint Martin’s University at Harrington Field on Oct. 28 at 7 p.m. 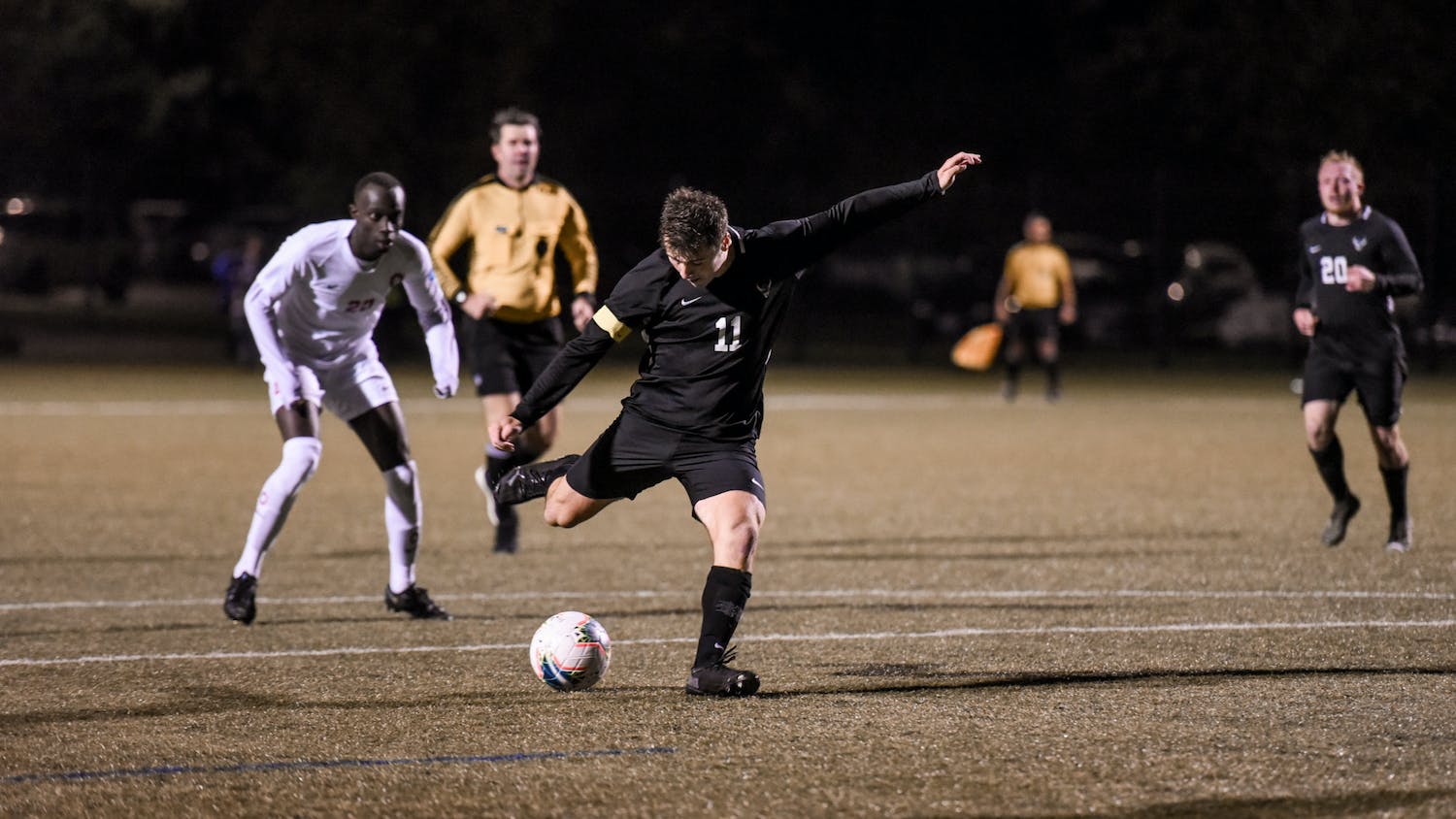