Next, we look back at the October 2 women's march in Bellingham and the anti-abortion protest in Red Square. We finish off this episode with Crystal Tucker interviewing students on campus to see what students think about recent bike thefts and car break-ins around campus.

You can subscribe to the ForeFront on Spotify, Pandora, Amazon Music and other major streaming sites.

Hello, I'm Kyle Tubbs and it's Tuesday, October 19, and you're listening to the forefront produced by The Front, an independent student newsroom covering campus, Bellingham, and Whatcom County.

Today we'll be looking at a string of bike thefts and other crimes as Western students returned to campus. We will also be discussing the October 2nd Women's March at Bellingham City Hall. But first, here's what else is going on.

According to Western as of October 19, 94% of students and 95% of Western employees have submitted Vax cards. Western Washington University is doing much better than the rest of the county when it comes to vaccinations.

According to the Wacom County Health Department. As of October 11th, 60.9% of Whatcom County residents have been fully vaccinated.

Although with vaccinations, new variants of COVID-19 have been able to spread which is why masks are still a requirement in a majority of places, one of those places being Western.

However, do you need to wear a mask while walking outdoors on campus?

Front Reporter Briana Poulos looked into this question and the mask policy at Western to give people a better idea of the expectations outlined by the university.

Mask requirements vary within indoor and outdoor campus environments and understanding these differences is essential to navigating Western’s shared spaces.

Westerns mask policy states that all individuals must wear masks inside all buildings and common areas when there are others present.

As for outdoor spaces on campus, Western mask policy says individuals are encouraged to wear masks in crowded outdoor areas. In addition to this, masks are required during outdoor events with more than 500 attendees.

But that also brings up the question: Does campus, in the middle of the day, count as a crowded outdoor area?

It depends on the situation and density of people outside.

From a rule standpoint. John Thompson, Westerns head of communications, said masks are probably not required while facing pedestrian traffic on campus between classes. However, students and faculty are still advised to wear their masks anytime they feel uncomfortable.

To be unmasked in a required space is to violate Western's COVID-19 compliance agreement. Anyone who's not wearing a mask indoors in violation of the policy will be asked by an appropriate University employee at the scene to please wear a mask.

If they refuse, they can be asked to leave that building, classroom or venue, said Thompson.

Although most students return to in-person classes already, not all students will be returning just yet.

At a faculty senate meeting at the University on October 4yj, there was a discussion about these students, about 550 of them haven't responded in any way regarding their COVID status, of those, about 400 taking only online courses.

Of the students that have returned to campus, about 96% have been compliant with the university's COVID policies.

However, a small percentage have not.

There have been discussions about how to enforce COVID protocols moving forward which may involve placing holds on the students’ registration status.

On Saturday, October 2nd, hundreds gathered for an abortion rights rally in response to the Texas abortion ban at the Bellingham City Hall.

The crowd of nearly 1000 waved their picket signs and chanted together. Local activist Jessica Demmerset, in partnership with Indivisible Bellingham, and other local activist groups hosted the rally in response to the recent abortion ban in Texas that went to effect in September.

“I organized this event because I want to show that those who are or have been in a similar situation, that they are not alone, that they have people”

Kevin Lee Hawk, co-leader of Indivisible Bellingham, said if abortion is outlawed, it's not going to stop abortion. Abortions will still take place and it's going to affect poor women in that state.

Though they were standing up for abortion rights nationally, many at the rally felt well protected in Bellingham and in the state of Washington.

In a blue state like Washington, abortion rights are still opposed by some and the shouts of counter-protesters threatened to disrupt the rally several times.

Abortion rights attendees chanted over the counter protesters who’d armed themselves with megaphones, eventually crowding them off the city lawn.

Although occasionally a few counter protesters rushed into the crowd and blared loud sound effects from their megaphone, they were blocked up by the signs and chants of the crowd.

Near the end of the rally Demmerset took to the podium to announce that the police had revoked the rallies ability to march, citing safety concerns due to a lack of barriers and abundance of counter protesters.

The only police officer stationed at the rally told the front that they needed more officers present to seal off the streets.

Demmerset informed the crowd that the rally would not take to the streets and instead punctuate the event with chants.

On the following Wednesday, October 6th front reporters Ryan Scott and Louisa Loiy covered an anti abortion demonstration that took place in Red Square as they noticed it starting during a busy school day while walking through campus.

The protest was organized by a Christian anti-abortion nonprofit called Tiny Heartbeat Ministries, which began around 12:30pm in front of the humanities building in Red Square.

There were about a dozen anti-abortion protesters, they carried graphic signs claiming to show aborted fetuses at various stages in development and quickly to a crowd.

A number of students disturbed by the content and the signs held by the anti abortion protesters made signs and banners of their own.

With signs reading out “abortion is poggers,” “keep abortion free, safe and legal,” “my body, my choice,” and other phrases.

The students used their signs and even clothes in one case to block the anti abortion signs.

Emma Otwell, who was among the counter protesters said “we came out in Red Square to see some pretty graphic images of aborted fetuses and I asked a couple people if they would like to go make posters and say what we felt.

David Salmonego, who was also among the crowd, said that protests like the one that took place Wednesday are a good example of campuses attitude towards discussing tough issues.

Salmonego also said this kind of stuff happens every year. On the one hand, it's very unfortunate that we have such inflammatory groups here with such gruesome signs. But on the other hand, it's very cool that we have other people that have taken the time to make impromptu signs and to counter.

The anti-abortion protesters began to pack up and leave campus around 2:37pm, moving past Viking union and loading into cars.

The counter protesters followed them to the edge of campus chanting “my body, my choice” and dispersed once they had driven off.

Some students in the crowd wondered whether tiny heartbeat ministries were allowed to protest on campus as they were.

According to club activities coordinator Jen Cook, the protest was permitted.

Cook said anybody is allowed to assemble for free speech and assembly as long as their mobile and their signs can move. red squares frequently visited by outsiders hoping to evoke and draw attention from westerns mostly left leaning student body.

On September 27, a preacher was met with tears and several thrown water bottles after he started yelling far right religious proclamations at the passing crowd of students.

Front reporter, Joshua Solorzano, looked into the recent thefts on campus and found that in the first two weeks of the fall, quarter 11 cars have been broken into at the Lincoln Creek Park and Ride

During the same period 11 bikes were stolen from campus that's during the first week amounted to a combined of $13,414.69 according to records obtained by The Front

But a number of reports around the start of the school year are stolen bike reports.

For some a stolen bike can mean losing your only mode of transportation, can be devastating and makes getting to campus or around town a much bigger challenge.

According to police reports obtained by The Front, seven bikes were stolen just between September 22nd and 28th.

With the losses valued at $7,215. In every case, the entire bike was stolen, every bike owner had only secured their bike with a cable lock.

In some cases, wire cutters were found at the scene.

I interviewed some students roaming around on campus about what they think of these sudden increases in reports and what safety precautions they use to secure their bikes.

How do you feel about these recent thefts?

I don't know, it's more sad than anything.

I've been riding my bike around here for a while, and I've been pretty concerned about it. I've definitely seen a lot of either frames without tires or tires without frames here and around Bellingham.

I think they're actually kind of scary. I keep a pepper spray with me. Whenever I go around and just keep my keys around my neck.

Do these reports surprise you at all?

They don't surprise me at all, unfortunately, I lived in Seattle before this,

You'd see it all over the place. A lot of like thefts would happen and it was unfortunate there but I kind of came to understand that was part of the modern culture in the northwest just because there's a lot of bicycles and they're easy to steal

a little bit actually because like it's a college campus, you wouldn't think that there would be a lot of break ins or anything like that.

Do you take necessary precautions to lock up your bike?

I do, I use a u lock. Harder to cut and I also use an older bike something that's not going to be very visible or look very good or worth much money so

Oh, I lock up my bike everywhere.

Yeah, I mean I have like a pretty hefty bike lock here.

You can get your bicycle registered with campus police so that they have your bike information and serial number. You can fill this out at Western Washington University police's online bicycle registration.

Just fill out the make and model of your bike along with its serial number and other helpful descriptions and submit it to the university police's website.

Other ways you can help are looking out for each other on campus. Thank you for listening. I am Crystal Tucker.

You can read about stories from this podcast and more on our website, WesternFrontOnline.com.

This episode was written and recorded by myself, Kyle Tubbs, I am the front multimedia editor.

Crystal Tucker is an assistant producer of the forefront. Music on this episode was written and recorded by Nate Sanford and Nolan Baker. Thanks for listening. We'll be here next week.

Crystal Tucker, reporter for The Front, is a third-year Western student, aiming to be a Public Relations major. Crystal has always had a passion for Journalism. Throughout high school, she was a part of her school paper at Sehome High School. To contact Crystal, please reach her on her school email at tuckerc7@wwu.edu.

Sing and dance with Glee club 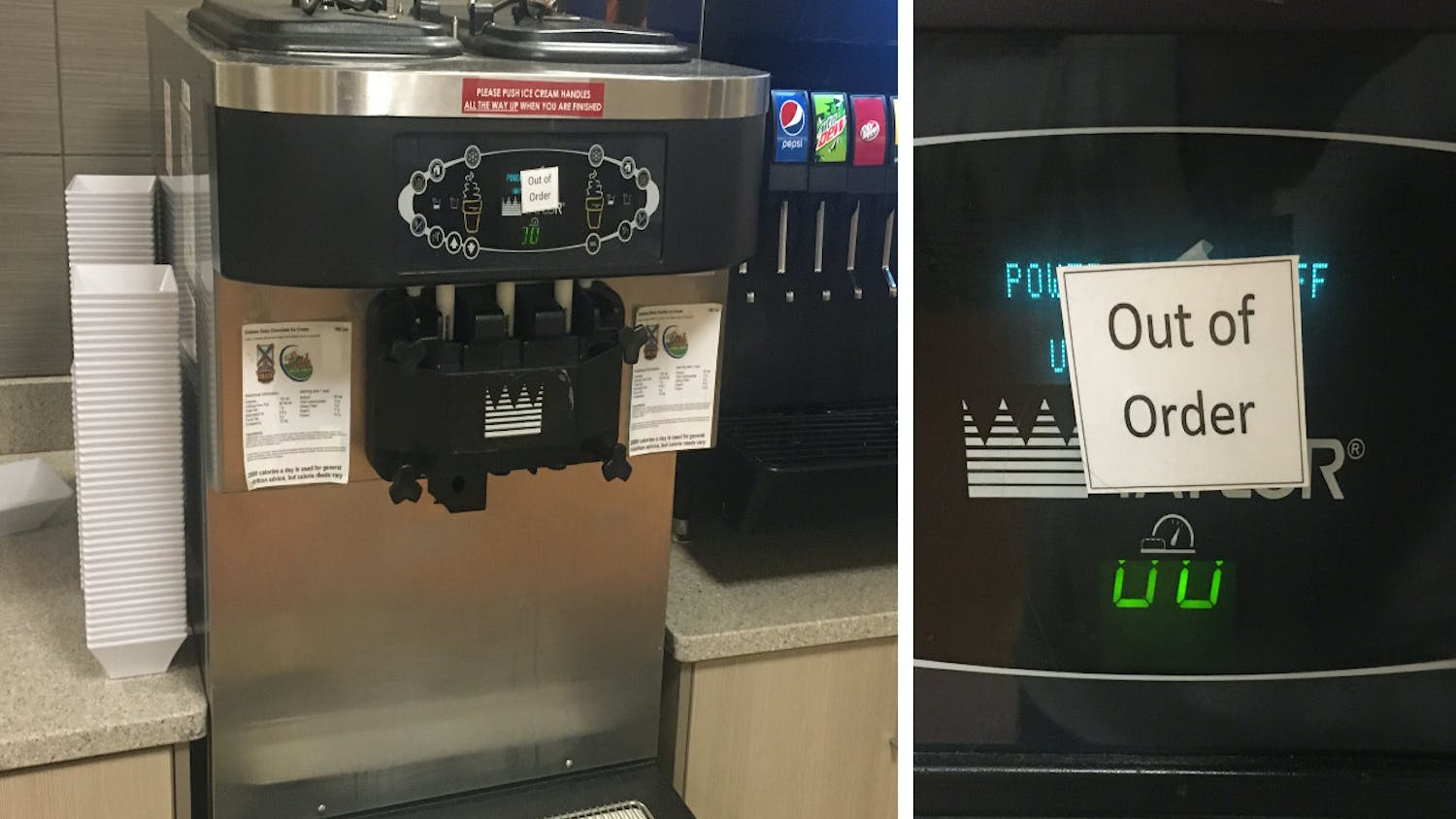