Initiative 4 is “the biggest concern” for local business owners

Bellingham residents will vote on four initiatives on the upcoming general election ballot due Tuesday, Nov. 2. These initiatives, the first citizen-led ballot initiatives in Bellingham in the last decade, were brought forth by People First Bellingham.

Of the four proposed initiatives, Initiative 4 seems to be causing the most debate in the community.

Initiative 4 concerns workers rights and seeks to establish secure scheduling and hazard pay when under a state of emergency. The measure would mandate:

The stated focus of the bill is on hourly and gig workers, however the language it uses talks about prorated salary as well as hourly wage employees. There is debate as to how the $4 hazard pay would be interpreted in court.

Maya Morales, a volunteer with People First Bellingham, sat down to talk with The Front.

“It's probably the [initiative] that has caused the most controversy or just talk in the town right now,” Morales said.

Morales discussed how many Western students would be impacted by the ability to know their schedule.

“Initiative 4 is going to be a really big one for folks who are working part time and trying to juggle multiple commitments,” Morales said.

On Aug. 2, the Bellingham City Council placed the measure on the ballot. On Oct. 11, the council passed a motion to inform voters of their opposition to the measure and the other three People First initiatives.

Hazard pay for a state of emergency

While the title of Initiative 4, “Fair Treatment of Hourly-Wage Employees and Gig Workers,” implies a focus toward those without a guaranteed salary, Occhiogrosso said the language does not clearly lay out that description. A big concern for Occhiogrosso is that there is little to no targeting in the bill that limits when and for whom hazard pay would be available.

“Limiting it to just retail workers would have left people out who still need it,” Morales said. “It'll affect anybody who has been required to show up in a hazardous situation.”

Some critics are concerned the hazard pay portion of the bill is not tied to an increase in risk, such as a global pandemic, but rather to any declared state of emergency.

“Functionally it is weaponizing a federal funding mechanism,” Occhiogrosso said.

States of emergency can range from wildfires and water shortages to health emergencies like the COVID-19 pandemic. They don’t necessarily correlate to worker safety, Occhiogrosso said.

Morales defended the initiative’s connection to states of emergency.

“I think part of that is a legal reason,” Morales said. “You have to have some criteria that you have to meet legally in order to change someone’s pay.”

During an Oct. 11 City Council meeting to discuss the initiative, several councilmembers raised questions about tying a state of emergency declaration to hazard pay.

“If there is a federal declaration for a hurricane in Louisiana, it seems that this would apply,” said Brian Heinrich, deputy administrator for the City of Bellingham who was present to answer questions from the City Council.

Any state of emergency that included Bellingham would trigger the hazard pay clause, even emergencies declared by the federal government, Heinrich said.

Initiative 4 also would require secure scheduling across all industries. For an office situation, such as at the Bellingham Regional Chamber of Commerce, Occhiogrosso said it may be easy to schedule weeks in advance.

“We do that anyway, months in advance,” Occhiogrosso said. “The pain point comes when you're looking at hospitality.”

A hotel might have most of their rooms scheduled or canceled within that 14-day window. A construction schedule may be largely dependent on weather.

If a construction company were to choose not to work on a windy day, they would have to pay every employee that they don’t use as scheduled half of their hourly pay for each hour they lose.

The city employs around 900 employees and will be subject to these requirements should voters pass the measure. Because of this, the city conducted a review of the initiative and what effect it would have on their operations. This review was presented to the City Council on Oct. 11.

The fiscal note presented to the council’s Committee of the Whole on Oct. 11 estimated that a year-long state of emergency would cost the city $5 million to $7 million in simply hazard pay for their employees.

“The impact to the city then would be largey felt by not only just the pure fiscal impact but the staffing impact on our payroll staff,” Heinrich said.

Unlike the current state of emergency surrounding COVID-19, some states of emergency might only last for a few days, Heinrich said. Payroll systems are not designed to handle rate changes on that timeline.

“The impact on payroll staff would be immense,” Heinrich continued. “[They] would probably have to hand-calculate that impact for our roughly 900 employees.”

The City Council discussed how their placing the measures before voters — after they received the required number of voter signatures — may have been misinterpreted as support. Councilmember Pinky Vargas made a motion to inform the voters of the council’s position against the initiatives.

“[The initiatives] are well intended, but they have details that are broad with fiscal and legal impacts that could be really devastating on not only our city, but our business community,” Vargas said. “I’d like to make a motion [to create] a resolution to oppose these initiatives that are on the ballot.”

The resolution passed that night with six in favor and one councilmember absent. A press release opposing all four initiatives was released two days later.

Doug Robertson, an economics and political science professor at Whatcom Community College, said he was glad to see the council take action.

“I don’t elect my leaders to tell me how to vote,” Robertson said. “But I’m glad they did.”

When Robertson read this bill, his first reaction was cynical.

“The lawyers are going to make money off of this,” said Robertson, who practiced law for 30 years and is still a licensed attorney. “If any actions come out of any of these [initiatives], there are going to be lawyers involved.”

What Robertson is alluding to is the lack of enforcement mechanisms for these laws. Should voters pass the initiatives, the only way an employee could seek reparations for an employer not following the rules would be through private lawsuits.

Robertson and his wife have also owned Bellingham Training & Tennis Club in Fairhaven for 20 years. They employ a little over 30 workers. With no end in sight to the current state of emergency, Robertson shivered at the math of paying everyone an additional $4 per hour.

“It’s just going to be enormous. It’s going to be a significant amount of money, and the way we look at that is ‘can we raise our rates?’”

Due to the nature of his competitive industry, which he said was not nearly the most competitive in Bellingham, Robertson would not be able to cover the cost through rate-hikes alone. He will have to make cuts.

“Can we accommodate it? It depends on how much I can raise rates,” Robertson said. “Can the community? I don’t see how restaurants can accommodate this. If I were Village Books, I would be scared to death. They have to compete with Amazon!”

Robertson is worried that the messaging around these initiatives doesn’t tell voters the whole story.

“This is the biggest concern I have,” Robertson said. “No one has any idea. There has been no active public debate whatsoever. A lot of people don't know about it.”

But debate about the initiatives has increased, especially after ballots were mailed Oct. 13 and as the Nov. 2 election nears. Morales and People First Bellingham have been constantly engaging in conversations with voters and businesses.

The issues Initiative 4 is trying to address were not dismissed by anyone interviewed for this article. All believe these issues need to be addressed.

“We all saw throughout the pandemic, it all became clear for everyone who those essential workers actually are,” Morales said.

Morales believes what the businesses and city are saying about Initiative 4 is fear-mongering and that the status quo will not suffice.

“We know that we can't continue to do it the same because there are a whole bunch of people who are being left out,” Morales said.

Occhiogrosso of the Bellingham Regional Chamber of Commerce wants this conversation to be had far more broadly before being voted on and wants to find solutions that can work for business and for workers.

“If you're unsure of any aspect or disagree with any piece of this initiative, why would you vote yes?” Occhiogrosso said.

If this initiative is approved, it will take full effect 10 days after certification. From that point, no amendments can be made for two years outside of a court challenge.

Ballots have been mailed and are due in drop boxes by 8 p.m. Tuesday, Nov. 2, or they must be postmarked by that date. 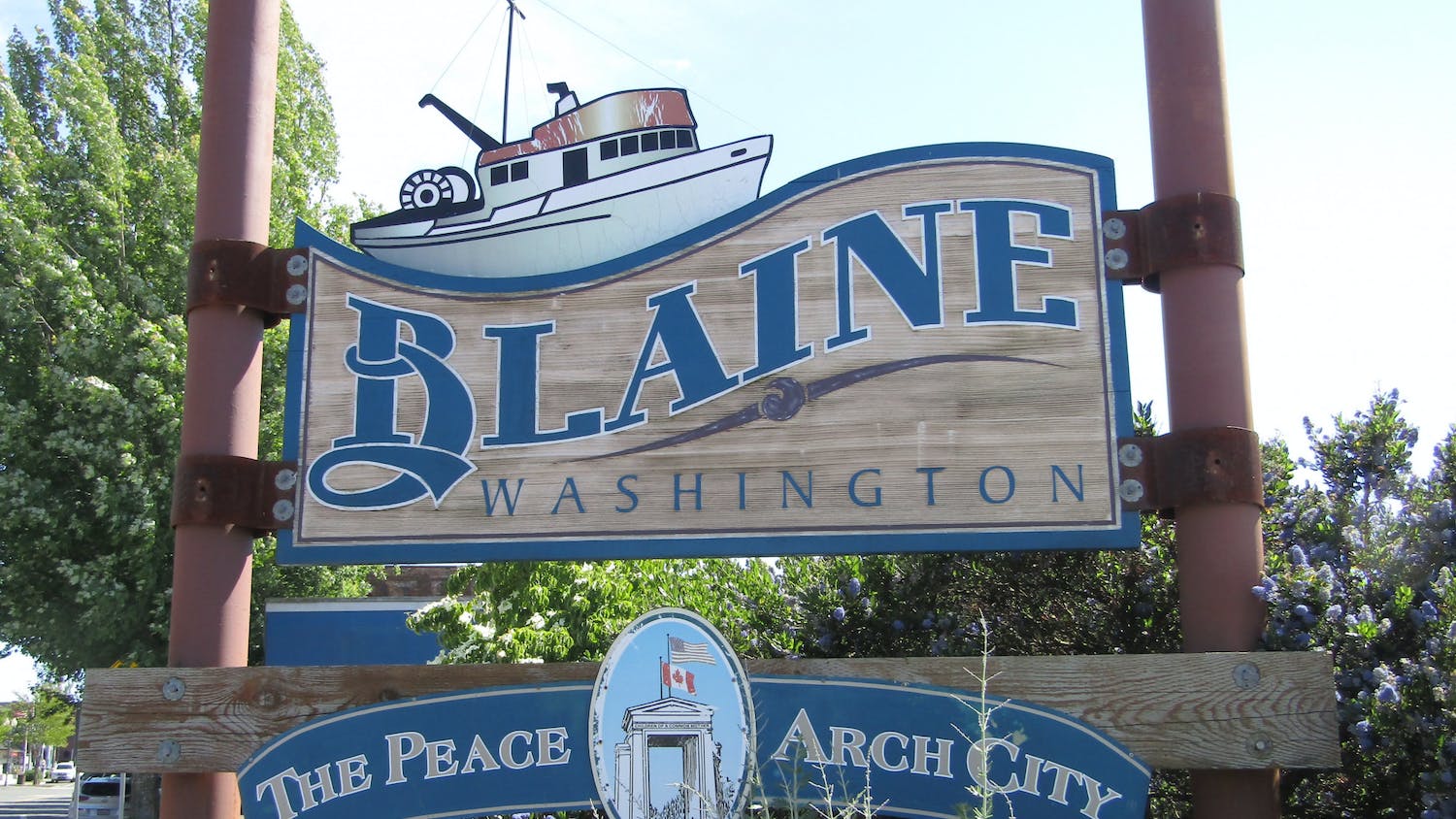