Improvements have been made, but more change is needed

Across many parts of the country, it’s getting harder to engage in the democratic process.

In my home state of Idaho, for instance, a recent change to the law surrounding ballot initiatives enacted in April makes it virtually impossible for ordinary citizens to affect major political change. Bills strongly targeting young and poor voters were also put forward in that same legislative session.

According to the Brennan Center for Justice, in the last year, 17 states have enacted laws restricting access to vote. By comparison, Washington feels like a voter’s paradise. Although one of the easiest states to cast a ballot in, we were ranked second only to Oregon in a 2020 study on the ease of voting in each of the 50 states.

While it is comparably convenient to vote in Washington, there is still ample room for improvement.

“Washington’s automatic registration applies only to the relatively small proportion of citizens with enhanced driver’s licenses,” said Andrew Reding, executive board chair of the Whatcom Democrats.

He then pointed out that Oregon goes further, automatically registering holders of driver’s licenses and state identification cards.

“That is discriminatory against anyone who does not have a motor vehicle, including lower-income persons and therefore also BIPOC persons who are disproportionately lower income,” Reding said.

Linking automatic registration to holders of enhanced licenses is naturally limiting, and while Oregon’s method is more inclusive it still limits automatic registration disproportionately to white voters. A 2015 study by Project Vote found that, irrespective of vehicle ownership, both minority and lower-income households are often over 10% more likely to lack forms of state-issued identification. This same study found that young voters are equally likely to lack ID, with 15% of those between the ages of 17 and 20 and 11% of those between the ages of 21 and 24 lacking proper forms of ID.

Major change has been slow. While some improvements to accessibility have been made, Washington still needs to do better.

The Native American Voting Rights Act of Washington, passed into law in 2019, is one of these improvements. The voting law allows tribal members, who often rely on nontraditional addresses such as post office boxes to receive mail, to use those addresses to receive their ballots. The law also makes provisions for tribes to request that ballot boxes be set up on reservations, to decrease the travel time necessary to cast a vote.

Even as it becomes easier for some marginalized communities in Washington to receive their ballots and cast their votes, barriers remain for many in the registration process.

“Non-English speaking people in our communities struggle with filling out voter registration that is entirely in English, which is why providing multilingual voter registration is critical,” said Kaylee Galloway, a candidate for Whatcom County Council, in an email.

In a state where the governor has recently outlined plans for what he describes as a “historic commitment to diversity, equity and inclusion,” it’s important to remember that a fair number of people living here are effectively unable to vote due to a language barrier.

“With Washington State being home to a diverse community, any disenfranchisement is a huge deficit in providing representation to everyone who calls this place home,” Galloway said. “Unfortunately, we see that low-income and BIPOC communities are disproportionately impacted by bad policy and systemic racism and discrimination, which is why we must continue to advocate for increased voter access.”

Eligibility to vote is another way in which access to the ballot in Washington has gradually improved, but it also represents a way in which Washington continues to miss the mark and fail some of the state’s most vulnerable populations.

House Bill 1078 was signed into law in April. Effective in 2022, it will automatically restore the right to vote to felons upon their release from prison. This is undeniably a bold and progressive step for Washington, but in some ways, it feels like too little, too late.

Washington is one of many states that strip felons of their voting rights while imprisoned. People of color are incarcerated at much higher rates across the country, leading to a disproportionate and discriminatory removal of their right to vote.

The disenfranchisement of felons is, perhaps unsurprisingly, rooted in attempts to suppress the votes of minority populations in the wake of the expansion of suffrage to Black citizens. For us here in Washington, there is a model of a better way. Maine, Vermont and the District of Columbia never strip felons of their right to vote, allowing participation even while incarcerated.

Going beyond the return of rights offered by HB 1078, Washington should not be stripping individuals of those rights in the first place.

In Washington, access to the ballot is ultimately better than in much of the country, but that doesn’t excuse all of the barriers that still exist for many of our citizens. Voting is the most effective way to participate in our democracy, and by limiting our systems for automatic registration and denying it to the incarcerated, we hurt the very foundations of our nation. 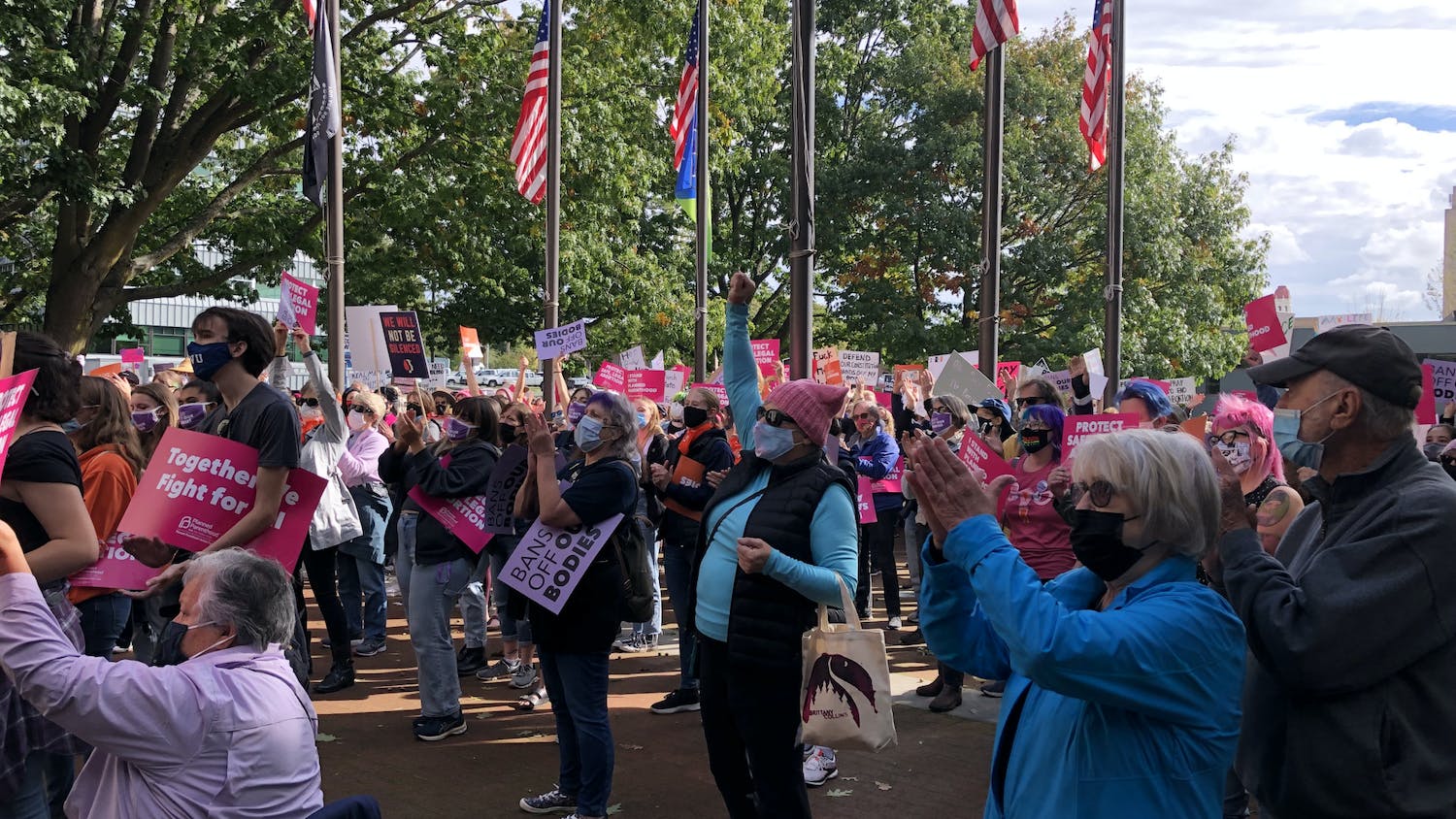