With Whatcom County having faced record breaking temperatures last week, community members stepped up for those in need

Western Washington faced a record-breaking heat wave with temperatures well into the 90s in late June, leaving those without shelter vulnerable — and it's not over as high temperatures are a possibility for the future.

Though the excessive heat warning expired on June 29, the summertime weather will continue to create issues as higher temperatures become more common in the Pacific Northwest  — especially for the houseless community.

Nick Bond, climatologist for the state of Washington and research scientist at the University of Washington, said even though temperatures are "winding down,” many parts of Washington still feel the effects of the heat. In Bellingham, there is some relief with temperatures lowering, but Bond said there are still health impacts and lives being disrupted.

"Some areas have seen an increase in emergency room visits, and certainly that is consistent with past heat  waves that weren't as intense as this one," Bond said. "We are seeing, locally, direct impacts on people and impacts on things later down the line."

"We know, one of the things with this heat wave and future heat waves is that it is staying hotter at night than usual, along with the day," Bond said. "That can especially be dangerous for human health when folks don't cool off at night to recover from thermal stress that accumulated during the day."

This concern has been on the mind of many local organizations, such as Serenity Outreach Services Bellingham.

Mark Stidham, the director of civic engagement for SOS Bellingham, said the organization primarily focuses on the needs of houseless community members in Whatcom County — making sure varying resources, people and providers are made available to them.

"Our goals are to identify the needs of folks who don't have housing or shelter, and along with all the other needs these people have," Stidham said. "Whether they need paperwork, whether they need licensing, or whether they need their legal status fixed; we just find ourselves taking one person at a time and lifting them up."

Stidham said the pandemic, along with the heat wave, has "exacerbated" the challenges that houseless communities face. Stidham said the lack of resources from other local organizations and the government makes it difficult for long-term solutions to become a reality.

With beds filling up at shelters and encampments being displaced by local authorities, Stidham said he is frustrated with the situation at hand and the tropes  being promoted about the houseless community.

"A lot of demonization has gone on in the last year with this particular population," Stidham said. "To just point at them and say, 'It's all their fault, and they deserve what they have coming to them,' is a national narrative that is abusive, fascistic and unconstitutional."

During the heat wave, Stidham and volunteers working with SOS Bellingham gave out essential items that included food, water, tents and "everything a person needs to live and survive out in the streets."

Stidham said SOS Bellingham has been doing its part to provide relief to the houseless community, especially when high temperatures struck Whatcom County, but there were instances when the heat was too much.

"I know we lost another [houseless] member of our community out there during the heat, and I would presume it is heat related," Stidham said. "Many of the people we are helping are at death's door when we get to them."

Stidham said he will continue his work as he would like to see the suffering of individuals disappear.

Gene Knutson, a Bellingham city council member, said the city was warned about the potential for a heat wave and they did the best they could to provide resources to the houseless community. This included having safe spaces for the houseless to escape the heat, such as the Lighthouse Mission Ministries' community shelter Base Camp, Knutson said.

“As soon as we heard about the heat warning we went into action,” Knutson said. “The mayor and the county executive opened up spray stations, we had Base Camp, Bellingham High School opened up their gym, everyone went into action and so we had a real good community come together on this one unlike past times.”

Knutson said during the winter months and past summers that the city was not quick enough to act and provide emergency shelter. However, the heat wave was a lesson for the city, and although he hopes this type of weather is not the norm for the Pacific Northwest, Knutson said this heat wave will allow officials to be better prepared to help their community.

“So we are going to be prepared every summer if this happens again,” Knutson said. “We will be prepared to keep our most vulnerable cool.”

The Whatcom County Health Department’s Housing and Homeless Services Specialist, Chris D’Onofrio, also said in an email that the city tried to provide “essential services” to the houseless community during the excessive heat.

“In general, the Whatcom County Health Department partners with the City of Bellingham to provide a variety of essential services for vulnerable communities, including people experiencing both sheltered and unsheltered homelessness,” D’Onofrio said in the email. “This work includes improving access to shelters, creating new units of guaranteed affordable housing, and promoting a wide range of housing types to meet the needs of people of different incomes.”

Regarding Base Camp, D’Onofrio  said Whatcom County was “instrumental” in moving Lighthouse Missions Ministries’ community shelter near downtown Bellingham where “people can access a large indoor area with air conditioning available to anyone seeking shelter as well as water, sunscreen, and a large shaded outdoor space.”

Bridget Reeves, associate director of Lighthouse Mission Ministries, said the organization also did its best to aid the houseless community and that its goal is to help provide extensive resources for those in need.

"The Lighthouse Mission seeks to heal homelessness with Christ, power and love," Reeves said. "We do that by providing basic life-saving services, as well as recovery services and after-care services for our clients."

Reeves said the services provided to those who are houseless include bringing water, food, and other survival supplies, which was most important during the time of high temperatures in Whatcom County.

Reeves said Base Camp was another resource provided by Lighthouse Mission Ministries, which usually houses 150 to 160 people a night. The new facility has air conditioning and more space to accommodate those who may not have permanent residence, making this year's heat more bearable she added.

Reeves said no one was turned away during the heat wave due to lack of beds when wanting to escape the sun and high temperatures.

Jay Jassen is a houseless community member who gets services from the Lighthouse Mission Ministries.

Jassen said he grew up in Bellingham and ultimately over the years, he has watched the houseless population grow.

"I think there's a lack of resources when it comes to the homeless situation here," Jassen said. "I feel like there should be more resources from the government, such as putting our taxes towards more shelters or apartments that are affordable."

During the heat wave, however, Jassen said the government did the best it could to ensure that houseless individuals had  cooler  places to go, and that he was grateful for the services that were offered by Base Camp, where he stayed during the excessive heat warning. He said Base Camp did a great job at providing people with water, sunscreen and food, along with having a shower schedule for those to sign up and take a cold shower when needed.

"I don't see anything to complain about; I think the city did great," Jassen said. "What else can you do with a heat wave like this? I think the city probably was very aware of it, and I think Bellingham did a pretty good job for the resources they have." 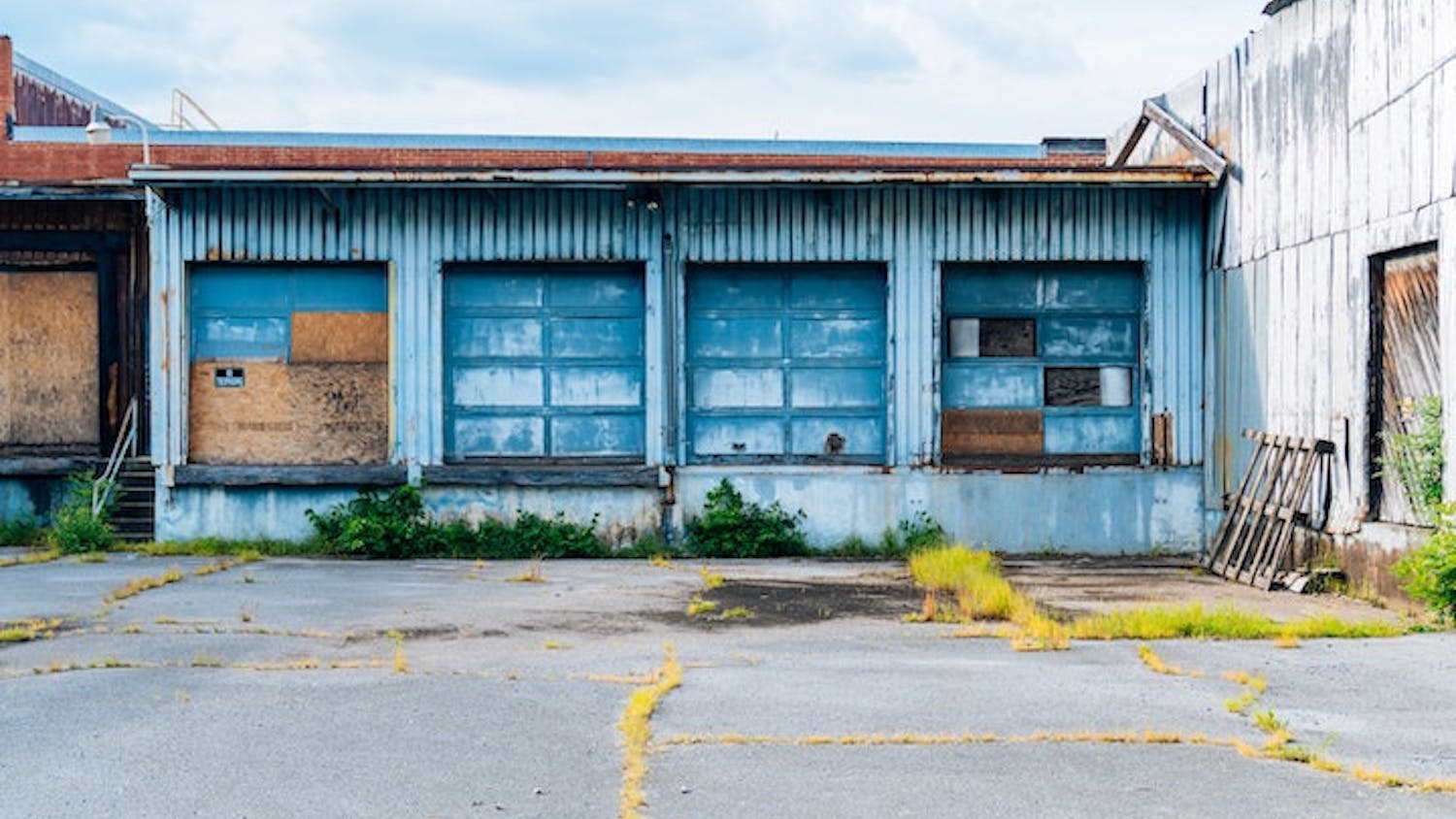 Not In My Back Yard 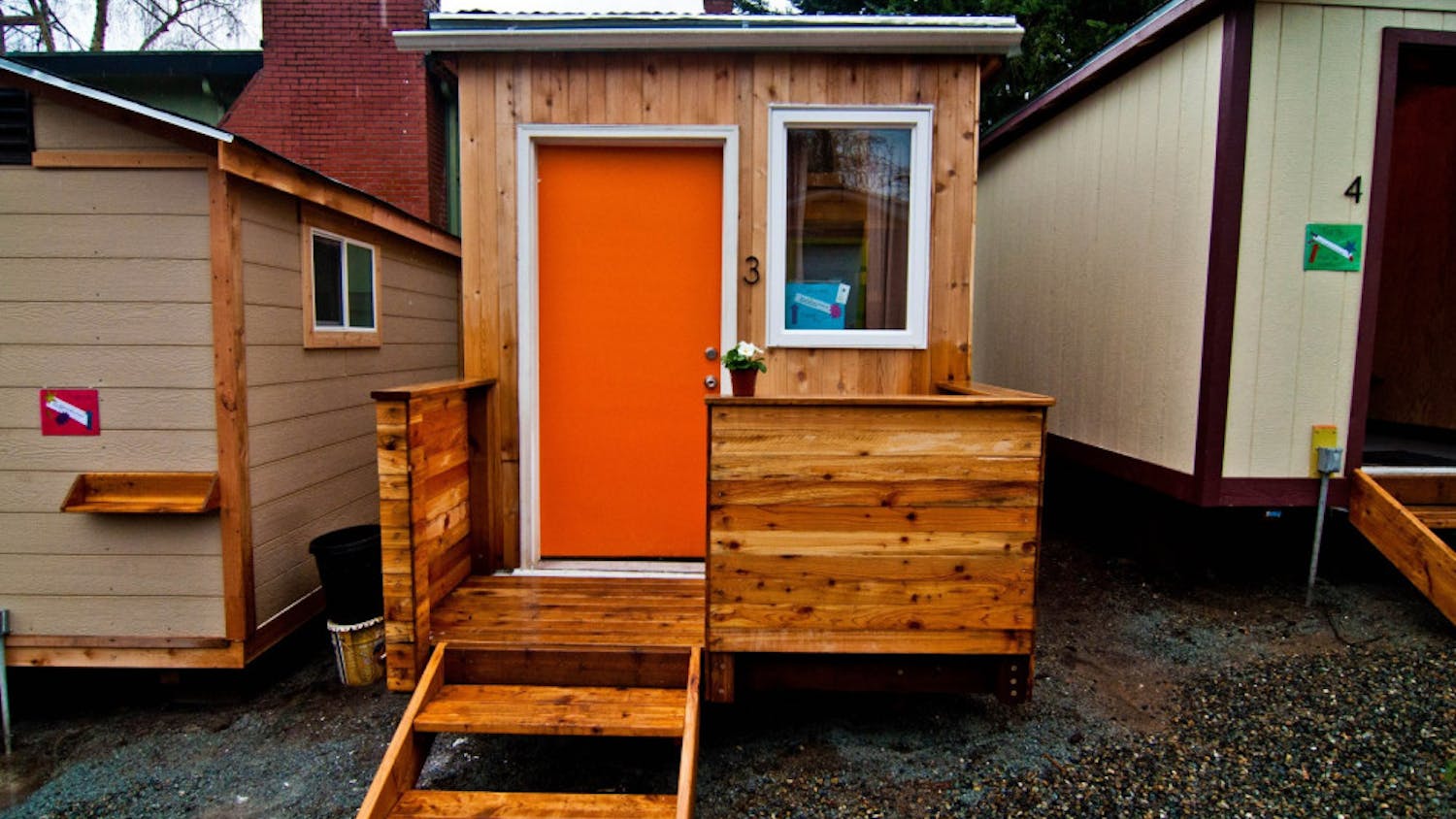