The smell of fall and rain from the night before hung in the air on the crisp morning of Oct. 22 at Whatcom Falls Park. Volunteers gathered in clumps near the check-in and refreshment tents, waiting to be assigned to work groups. Kids and dogs ran through the wet grass, excited to be outside. Crew leaders eventually quieted the crowd —it was time to get to work.

Whatcom Falls Park is one of the city’s oldest parks and is known for its unique forest and stream habitat. The park is also near the site of the Olympic Pipeline Explosion, making it an important place to monitor and restore.

This event focused on the area near Derby Pond, with the goal of removing invasive English Ivy and Himalayan blackberries by the roots. After the areas were cleared, volunteers planted native plants such as Nootka rose, big leaf maple, hooker’s willow and sweet gale. Mulch was then distributed around the new plants and cleared areas.

“The goal is to have fun, learn something and get some work done in the process,” Emily Zink, WCC member and crew leader, said. “We want people to want to come back.”

Whatcom Falls Park, as well as other local trails, sometimes develop social trails, which are areas where people have worn the plants away and compacted the soil with off-trail excursions. These social trails often lead down toward water or up a hill with a cool view. These trails are very harmful to the environment because they encourage erosion, kill native plants and encroach on wildlife. Cribbing, wood pieces meant to protect steep slopes and block social trails, was also installed at this event.

“The last time I [volunteered] was on another trail in town … also trying to get rid of the invasive species of blackberries,” volunteer Mark Olson said. “I felt we made better progress on this one … the first time, I don't think we planted anything. So being able to plant a few things felt hopeful.”

One thing that makes these events successful is their ability to bring people of all ages and lifestyles together.

“The best thing was one of the kids in the group,” Olson said. “He said ‘Wow, this is fun!’ and that sort of made my day.” 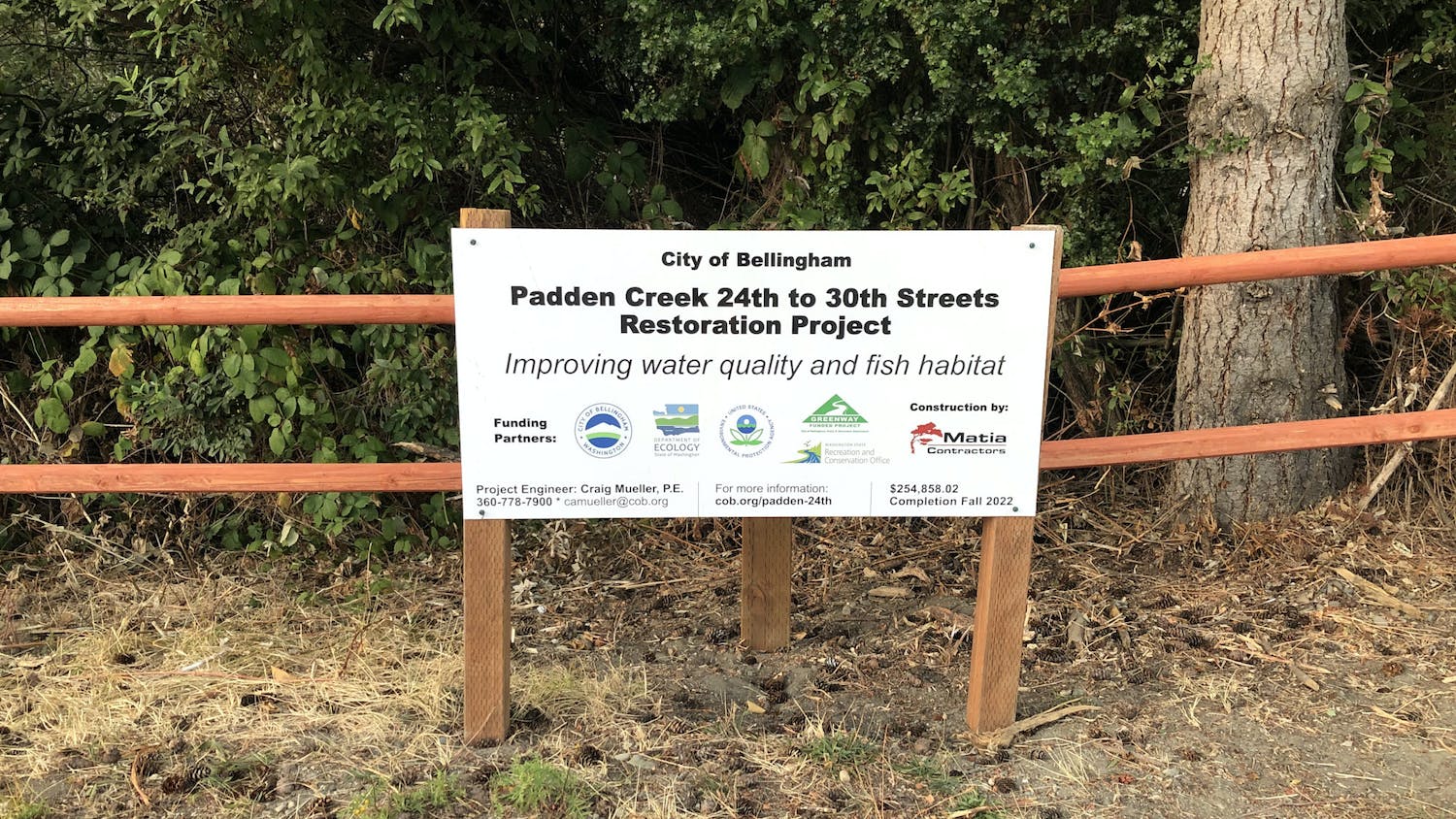