From buses to bikes to boots, there are lots of ways to become familiar with your new home

When third-year student Kateri Rinallo arrived at Western Washington University, she had a realization.

She’s not wrong — according to AAA, the average price for a gallon of gas in Whatcom County is $5.45 — almost two dollars more than the national average.

So when she came to Bellingham, Rinallo switched from four wheels to two. She gets around on her bike and says it takes her only 10 minutes to ride from her house right to the front of any lecture hall.

Rinallo said she was lucky — she grew up riding her bike on vacations, and her uncle taught her all the rules a cyclist needs to know to stay safe on the road before she came to Western.

Rinallo is just one of many students who use an alternative form of transportation to get around town. But for many, figuring out how to get around without a car comes with a learning curve.

For students arriving at Western, navigating a new city can be a daunting task. But it doesn’t have to be, said Jillian Trinkaus, Western’s commute options and transportation planning manager.

Trinkaus helps Western students and faculty shift away from getting to campus alone in a car. She said the best way to start getting to know the city is to simply “go explore.”

There are several walking paths around campus that allow for cut-through access to parks and neighborhoods, one good way to start exploring the area:

Right next to Western’s campus is the Sehome Arboretum, which has a six-mile network of gravel and dirt trails that students have the option to utilize on their way to class or to get to the Sehome neighborhood and shopping locations like Sehome Village.

“Bellingham, for a city its size, especially the area around campus, is very easy to get around,” Trinkaus said.

Whatcom Transportation Authority (WTA) manages the bus routes throughout Whatcom County, including around Western’s campus. Every Western student who is registered for six or more credits has access to every WTA route with a swipe of their student ID card. Students can also utilize their ID on all Skagit Transit lines, which extend south to Everett, Washington. Trinkaus noted that it’s possible for Western students to get to Seattle using public transit for as little as $3.25.

It’s also possible to combine a trip on a bus with a trip on two wheels.

Every fixed-route WTA bus comes with a bike rack on the front for easy storage if you need to get across town or skip over a steeper part of your bike commute.

In addition to bike racks on WTA lines, each bus comes equipped with wheelchair-accessible entry ramps and wheelchair securement stations near the front entry. WTA drivers are trained to assist bus riders who use wheelchairs with these accommodations.

If you qualify under the Americans with Disabilities Act, WTA also runs a paratransit program that you can utilize if there are inaccessible stops or buses on your commute that don’t meet your transportation needs.

The BLUE Line is the GO line that offers service between downtown and Western. Taking any BLUE Line route (105, 107, 108, 190, 196​ or 197)​ will get you to the downtown Bellingham Station and stops throughout Western’s campus.

Tom Hovind, a bus driver and dispatch operator for WTA since 2003, said his favorite routes to drive are the ones that go through campus.

“It's fun having a full bus,” Hovind said. “I mean, there's not too many routes around Bellingham where you have it packed to the gills.”

Hovind said each school year, WTA dispatches extra buses to help accommodate students who are trying to get to class on time. He added that it’s a good idea for students to plan ahead — often the buses are too full to let more people on.

Stops like Billy Frank Jr. Street at Laurel Park and Bill McDonald Parkway at Campus Services are two common stops that full buses sometimes have to drive past. The earlier you can get to your stop, the better.

Students who are new to riding the bus are encouraged by drivers like Hovind to ask questions and say hello to them. From almost two decades of working for WTA in Bellingham, Hovind has seen many new students arrive in Bellingham who need help getting around.

“We certainly don't expect incoming freshmen or new students to understand the process,” Hovind said. “Don't try to figure it all out on your own. Don't be afraid to ask questions.”

Bus drivers are trained to know the system of routes around the city, so if you’re struggling to figure out how to get somewhere specific, there’s always someone who can help riding with you. WTA also has employees at the downtown Bellingham Station that can help you plan your trip.

For up-to-date route updates, WTA has a BusTracker app that is free to download.

For those who have access to a bike, it can be a healthy, freeing and rewarding way to get around town, Trinkaus said.

Students who ride a bike have several options to get around both campus and the city. Many streets, including Bill McDonald Parkway, Billy Frank Jr. Street, Lincoln Street and North State Street have designated bike lanes or bike boulevards.

Western’s transportation office created a map of campus that provides cyclists with locations of bike storage areas as well as different zones that indicate traffic and movement flow within campus. Riding a bike through campus is allowed on almost every path. Red Square, VU Plaza and the Carver Corridor between Arntzen and Carver gym are areas where the transportation office asks cyclists to dismount during the busiest times for pedestrian activity on campus.

Rinallo said it’s important to stay safe on the road and understand the proper etiquette for cyclists who share the road with cars. An overview of Washington state’s bicycle road safety laws can be viewed here.

“Knowing your hand signals is really important,” Rinallo said. “If it’s dark, even if it's just like a gray day, having bike lights is really helpful for people to be able to see you.”

Trinkaus and Rinallo both agree that riding a bike around town allows for more freedom than a typical commute. According to Rinallo, she can leave campus at the same time as her roommates who don’t ride and get home just as quick, if not quicker.

Aside from commuting, riding a bike can get you all the way out to Larrabee State Park via the Interurban Trail. Other favorite recreation rides that Trinkaus and Rinallo recommend are the South Bay Trail and Connelly Creek, respectively. The South Bay trail is low-grade, paved and connects North State Street to Boulevard Park and Taylor Dock. The Connelly Creek trail network consists of packed gravel and wooden bridges that pass over the creek.

“You can just leave and come when you want,” Trinkaus said. “Riding a bicycle to me, it just makes me happy. It's a real sense of freedom.” 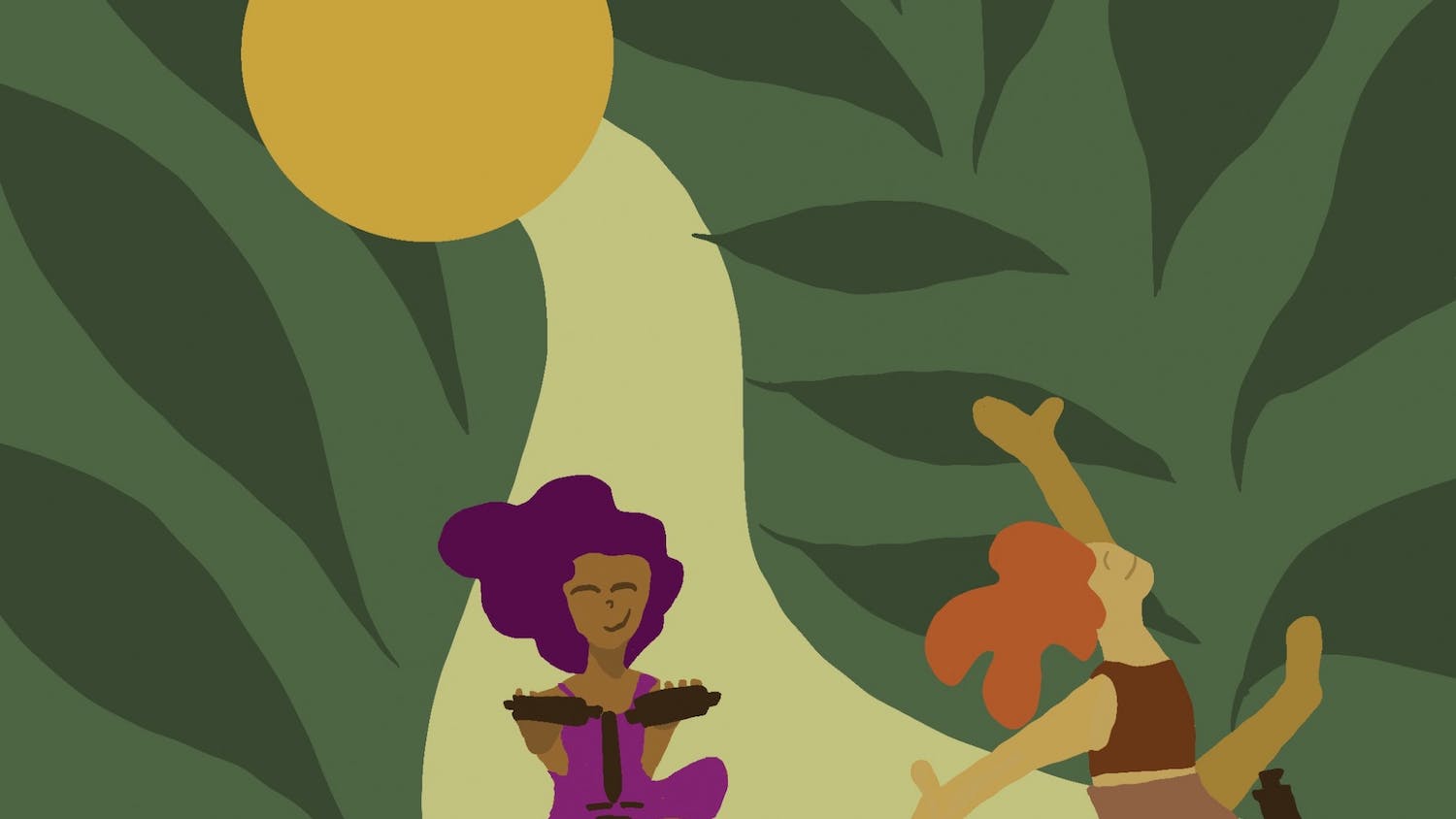 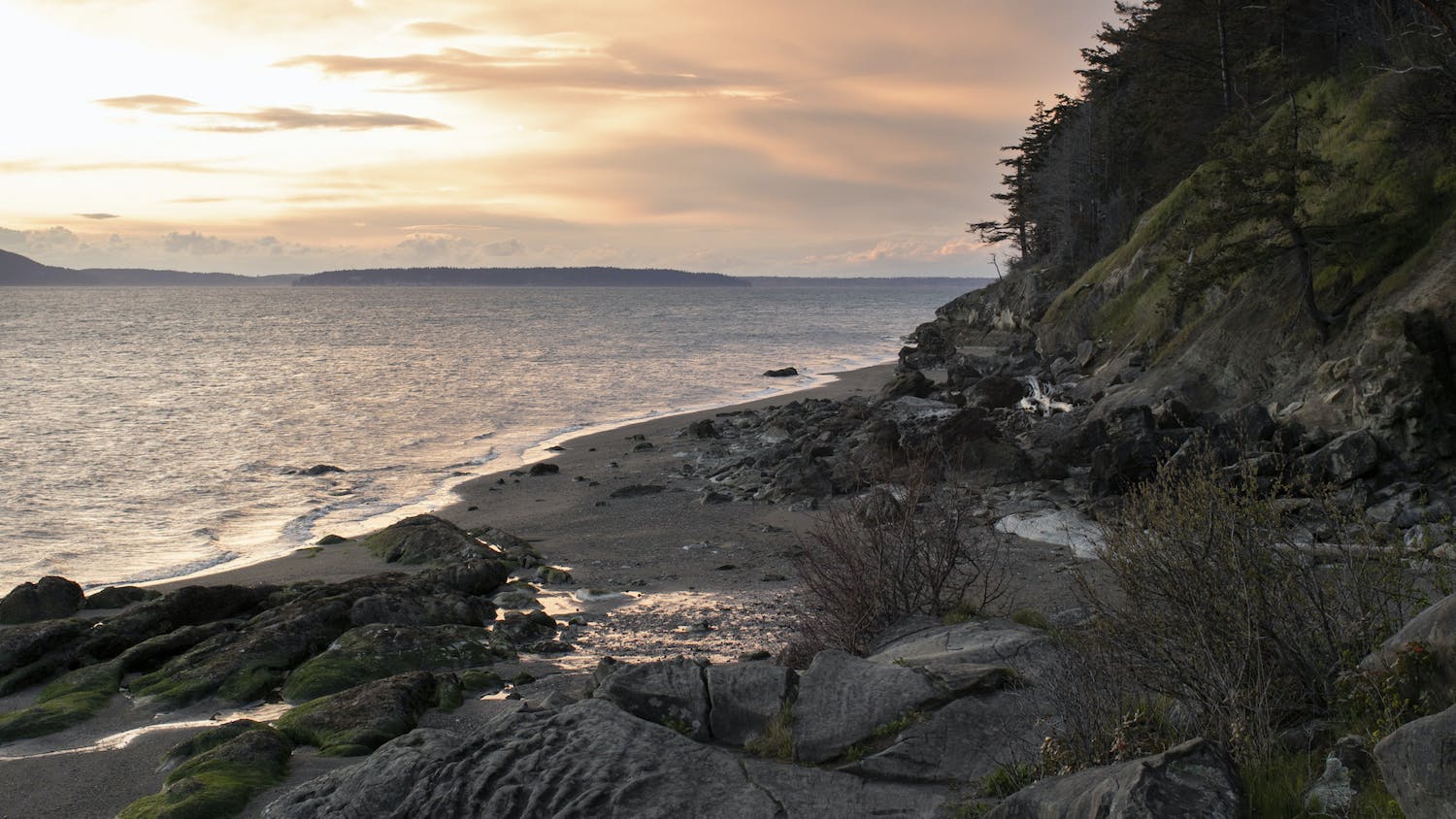