“It’s like how a hot dog tastes better at a baseball game,” said Schweinhaus Biergarten cook and server David Ritscher when asked if a good atmosphere has the power to make beer taste better.

There are many places to grab a beer in Bellingham, from Gruff Brewing to your local gas station. But what makes beer taste great? Sure, the hops and yeast are important, but a big part of getting a beer is the setting.

With all this in mind, where is the best place in Bellingham to get a beer? A compilation of surveys posted on The Front’s Instagram and Facebook, and to the Bellingham and Western Washington University Reddit pages, got us some answers.

Here are the answers ranked:

Community members who serve beer and are a part of these businesses work to create connections through ambiance at each spot.

Opening in June 2020, co-owners Ben Howe and Karolina Lobrow's goal was to create an atmosphere where people hang out, drink beer and eat food. Lobrow and Howe have frequently enjoyed hosting people in their own home over the years, and that’s what they wanted to create at Otherlands as well, said Lobrow.

The two moved back to Bellingham to establish their brewery because it’s a town with a good beer reputation and they wanted to bring something different to the beer community here, said Lobrow.

At Otherlands, they curate the space as much as the beer, which is all brewed on-site with hops sourced from the Pacific Northwest.

“The goal is beers for conversation, beers to have with other people,” Howe said. “The goal is to think about your friends and the people you're talking with. The beer is just an enhancement. We don't want to distract you from the reason you go out, which is to be with people.”

Bartender and host Thane Davis has been working at Boundary Bay Brewery for just over a year. Davis said he loves the atmosphere of Boundary and described it as relaxed and easy-going.

With live music ranging from piano players in the taproom and local artists every week in the beer garden, Boundary Bay brings in a large crowd, Davis said. Opening in 1995, Boundary Bay is Bellingham’s oldest craft beer brewery.

Davis' favorite part about working there is connecting with the regulars that come in and the people he works with.

Another spot in the community that creates a lively beer-drinking atmosphere is Schweinhaus Biergarten. David Ritscher has been a cook and server at Schweinahaus for eight months now.

Ritscher said the “vibe of Schwein” is very fun. It’s a big community place that has live music almost every weekend, sports games going on the TV and a drag brunch on Sundays partnering with Rumors Cabaret. They also have karaoke and trivia nights every week.

Ritscher’s favorite parts about working at Schweinhaus are his co-workers and seeing the community come out and have a good time.

“Being here with your friends on a sunny day makes a cold beer just taste better,” Ritscher said.

Serving beer to the community requires some chemistry with the public, but what’s the science behind making beer?

Stephen Story started making beer around 1994. He used to brew in Albuquerque, N.M.,  at a place called Kelly's Brew Pub, which closed in 2020.

He enjoys the process of making beer because it’s fascinating and it’s a creative process, Story said.

Put simply, the process of brewing consists first of making a mash out of water and barley. Since the barley has sugars in it, the goal is to extract the sugar from the barley into the water. After this, you collect the water, add hops to it and boil it. Once it boils and cools down, you then add yeast.

Different grains, yeast cultures, hops and boiling temperatures all dictate the flavor and brew of the beer. 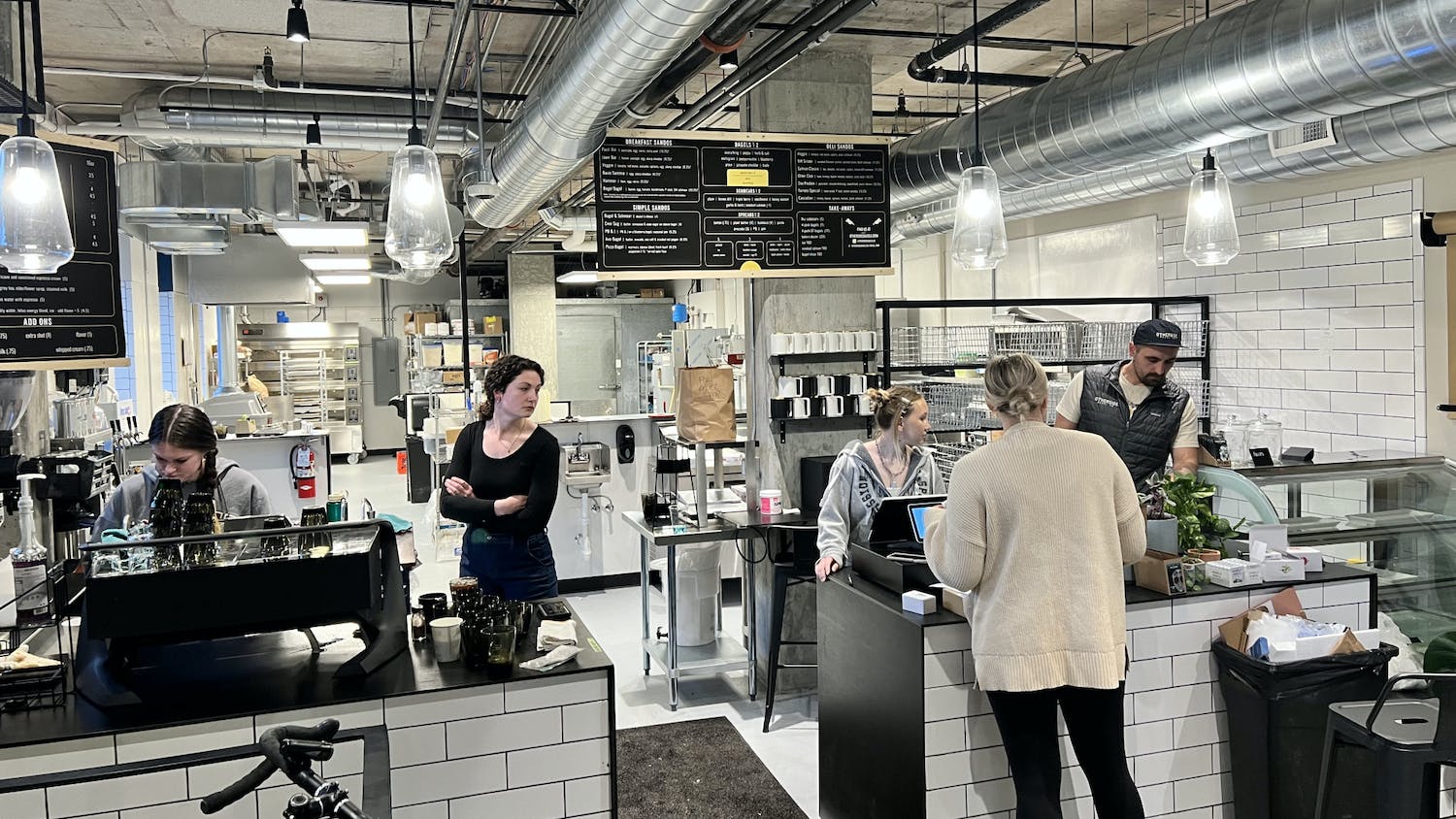 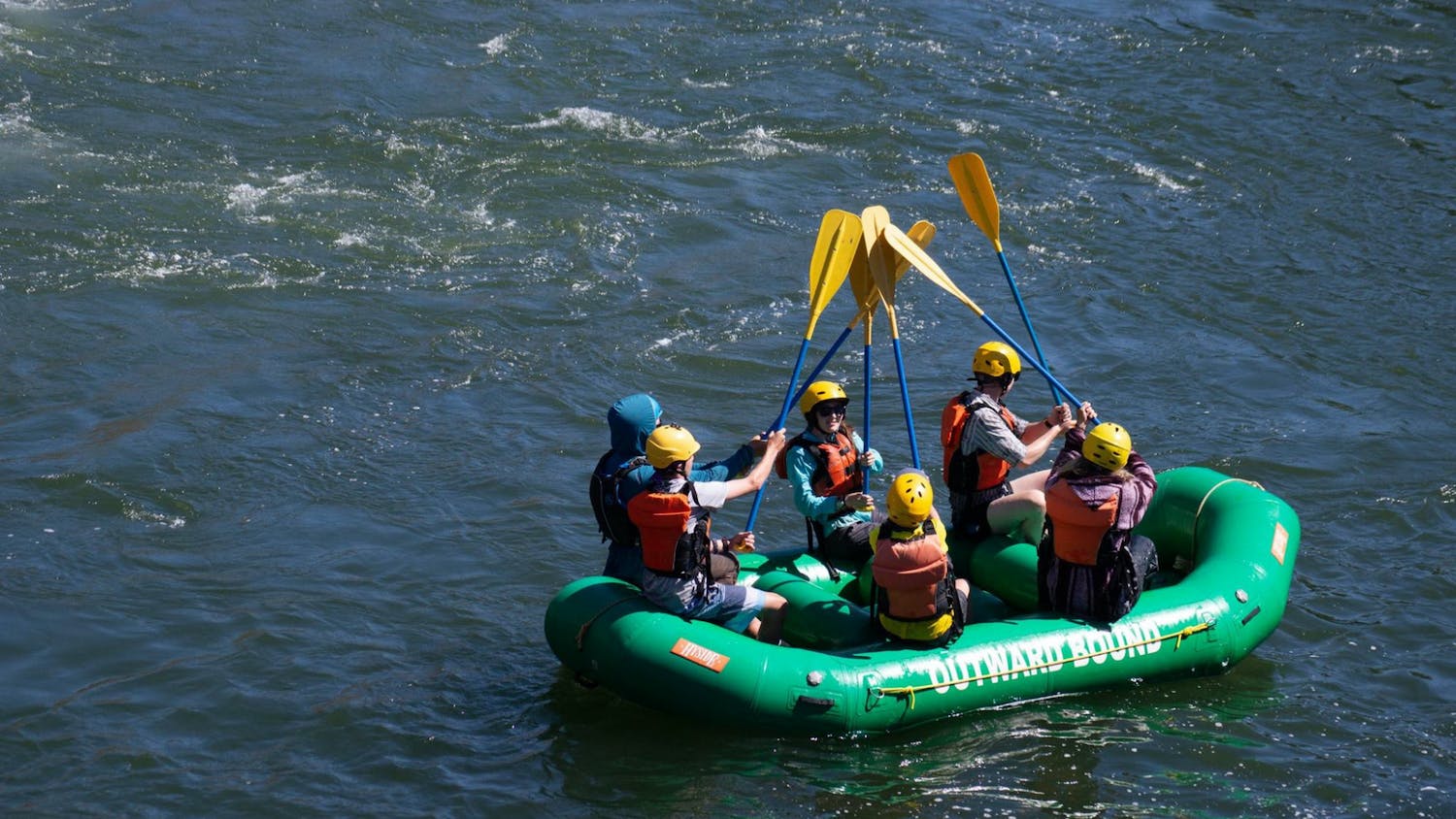 Everyone has a place outdoors