With the sounds of the city reduced to a distant buzz, the soft rustling of ferns and the occasional chirp of a nocturnal critter take center stage during the natural nightlife of Bellingham.

Caleb Savage, the program coordinator for Bellingham nonprofit Recreation Northwest, leads a variety of outdoor experiences and education opportunities around the city. He spent the last seven-eight years engaging in environmental education across the country and has worked with Recreation Northwest since July 2021.

"I just really enjoy spending time out in nature during the night because there are a lot more sounds, and it has a whole new kind of meaning to the woods," Savage said. "Being out in nature at night, there kind of becomes more of a different awakening, aliveness to the nighttime."

One of the experiences Savage coordinates is an astronomy night hike in Fairhaven Park, planned on nights with the highest potential for a clear sky and star visibility. The tour covers the Greek mythology behind some seasonal constellations, flora and fauna of the surrounding area known as the hundred-acre woods and a plethora of interesting information from a dedicated guide.

The event teaches the adaptations of local nocturnal animals that allow them to thrive in the dark, like the Big and Little Brown Bat species which use echolocation to help find insects to eat. Or, like the many species of owls in the Pacific Northwest which have frayed feathers that help them fly swift and silent.

Despite the winter rain and colder temperatures, Savage believes that winter nightlife, in particular, can offer a unique experience.

"It gets darker earlier, so you can come out earlier in the night and still find some [stars], and you don't have to stay out super late to see the stars in the wintertime," he said.

Nighttime outdoor excursions are only one part of the broader picture of experiencing the healing effects of nature. An immersive aspect of the night hike allows for an independent forest bathing session, which comes from the Japanese exercise of Shinrin-Yoku.

Savage describes forest bathing as using all of the senses to feel a mindful connection with nature.

"It's about finding ways to connect with nature in more subtle and easy ways," stanger said. "Seeing in the cracks in the sidewalk outside of your house, or the bird feeder that you have outside of the window and finding ways to invite people in who might not always feel comfortable and welcomed in that space."

Stanger said U.S. society must shift away from the idea of conquering the wilderness, which is a colonial construct, and realize that humans are a connected part of nature.

For Ben Crandall, WWU Fairhaven student and Associated Student Outdoor Center Excursion Coordinator, his personal connection to nature was something he had to nurture.

"I did not always enjoy nature and throughout high school didn't have much active participation in it," Crandall said.

It wasn't until moving to Bellingham a few years ago and becoming active with the Outdoor Center that he felt at home in nature.

"I just was introduced to a really open and inviting community and saw the potential for what nature could be and nature has been," he said.

Now, Crandall said he utilizes nature as a calming presence where he can destress and slow down.

"It reminds me kind of the pace of how things run, and maybe should run, and that everything is not as chaotic as we see in the rest of our daily lives,” Crandall said.

Specifically, with night immersion and recreation, safety is a concern for the plants and animals within the environment, but also for people who are pushing themselves out of their comfort zones.

"You don't need to get on a bus for four hours to get to nature,” stanger said. “It's literally outside your front door, if not, inside of your mouth… 10% of our body is nonhuman cells. We have all of this nature that's constantly moving around us."

Crandall with the Outdoor Center and Savage with Recreation Northwest both encourage people to enter natural spaces at their own pace.

"I think being out in nature at nighttime kind of has some negative connotations … maybe different folks might not feel safe in those spaces," Crandall said. "So I think that's totally valid and real and also provides opportunities to let your body know that that twig that broke behind that tree is not a bear, but it's a squirrel. So I think it can challenge or show senses that we don't often know, especially if it's done in a safe way for whatever that looks like for you and your body."

City of Bellingham parks stay open until 10 p.m. year-round. Bellingham Parks and Recreation Facilities Manager Richard Griffin said this allows the community to enjoy the city parks for even more time. He adds that extended park hours are possible thanks to park staff.

"There are many facilities to clean and close at the end of the workday and very few people to do this work," Griffin said. "Some restrooms and other facilities close earlier than others for this reason."

Griffin said a conscious effort is made to keep the daytime atmosphere of the parks alive at night with well-lit facilities that limit light pollution, which is harmful to flying birds. 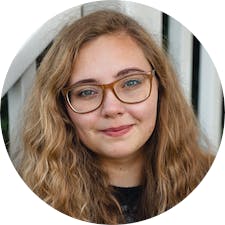 Madisun is a second-year Journalism student at WWU covering city-life. In her free time she enjoys watching horror movies, taking care of her houseplants, and learning more about Bellingham. She can be reached at: madisun.thefront@gmail.com.

Business is booming during Boomuary

Valentine Vegan Bake Sale: Bellingham locals in for a treat