The rain begins to dwindle, the weather warms and flowers bloom; bees buzz by to pollinate. That familiar buzzing, however, was absent for a time in Bellingham this spring.

Some members of the community have noticed a scarcity of bees, even with the blooming of some of their fruit trees.

“There’s a cherry tree located in the yard and you’d normally see a lot of mason bees flying around while the tree was in full blossom, but I didn’t see any around it,” Barone said.

Barone is not the only person in the area who has noticed the dearth of bees.

“This season, there were a lot of people freaking out because their Indian plums were blooming, but there were no bees,” beekeeper Marisa Papetti said.

Papetti has been a beekeeper for seven years and is the founder of Marie’s Bees. According to her website, Marie’s Bees is a 100% woman-owned shop whose goal is to share the gifts of the beautiful, natural resource that is honey, using sustainable beekeeping methods.

“People were saying ‘I’m not seeing any honeybees, I don’t know what’s going on,’ It’s because it was really late spring,” Papetti said.

Warming in winter may delay the fulfillment of chilling requirements and thus lead to later onset of spring phases, according to an article on the Proceedings of the National Academy of Sciences of the United States of America’s website.

“I would say our biggest contender [as a cause of scarce bee sightings] is the weather; the fact that we are getting what seem to be shorter seasons,” Papetti said. “Spring is colder and fall comes sooner.”

Warming temperatures have forced all sorts of different bee species out of their native habitats or flat out killed them, according to a National Geographic article by Liz Langley.

Back in September 2020, Bellingham City Council voted to help preserve pollinator species through the city by becoming a Bee City USA sponsor. Though Bellingham’s bee community is doing well, there are still threats that could be damaging to bees.

Pesticide use remains a huge threat for all bees, not just honey bees.

“I think the biggest thing we can do is educate ourselves about pesticide use, what to look for on the back of labels to see what is user friendly and bee healthy versus what’s not. Those things make a big difference,” Papetti said.

Limiting or abolishing the use of pesticides keeps the population safe and thriving, according to the Marie’s Bees website.

AS Outback Farm Engagement Coordinator Caitlin Paddock is aware of the growing concern that native bees are not a focus of the save the bees movement. Native bees are equally important to pollination.

“Seeing as the most popular of honeybees are European, I’d say it would be nice for more to be pushed to bring back native plants for them to consume to strengthen their populations,” Paddock said.

There are ways for the Bellingham community to engage with and help the community’s bee population.

“Planting perennial flowers and avoiding herbicides and pesticides are hugely important,” Barone said. “It’s also super easy for someone to get seeds that help bees; the Washington State Noxious Weed Control Board will mail you free packets of wildflower seeds if you just go to their website and request one.”

Humans survive in the same ecosystem as bees do.

“Many of the 20,000 species pollinate 85% of food crops and fruits around the world,” according to the article by Langley.

Bees pollinate a wide variety of the food we consume such as apples, almonds and berries to name a few.

“Bees are intricately important to our food systems, to our native bees and to the health of other organisms as well,” Paddock said. “Without them, the world as we know it would be no more.”

Beekeeping — not just for beekeepers 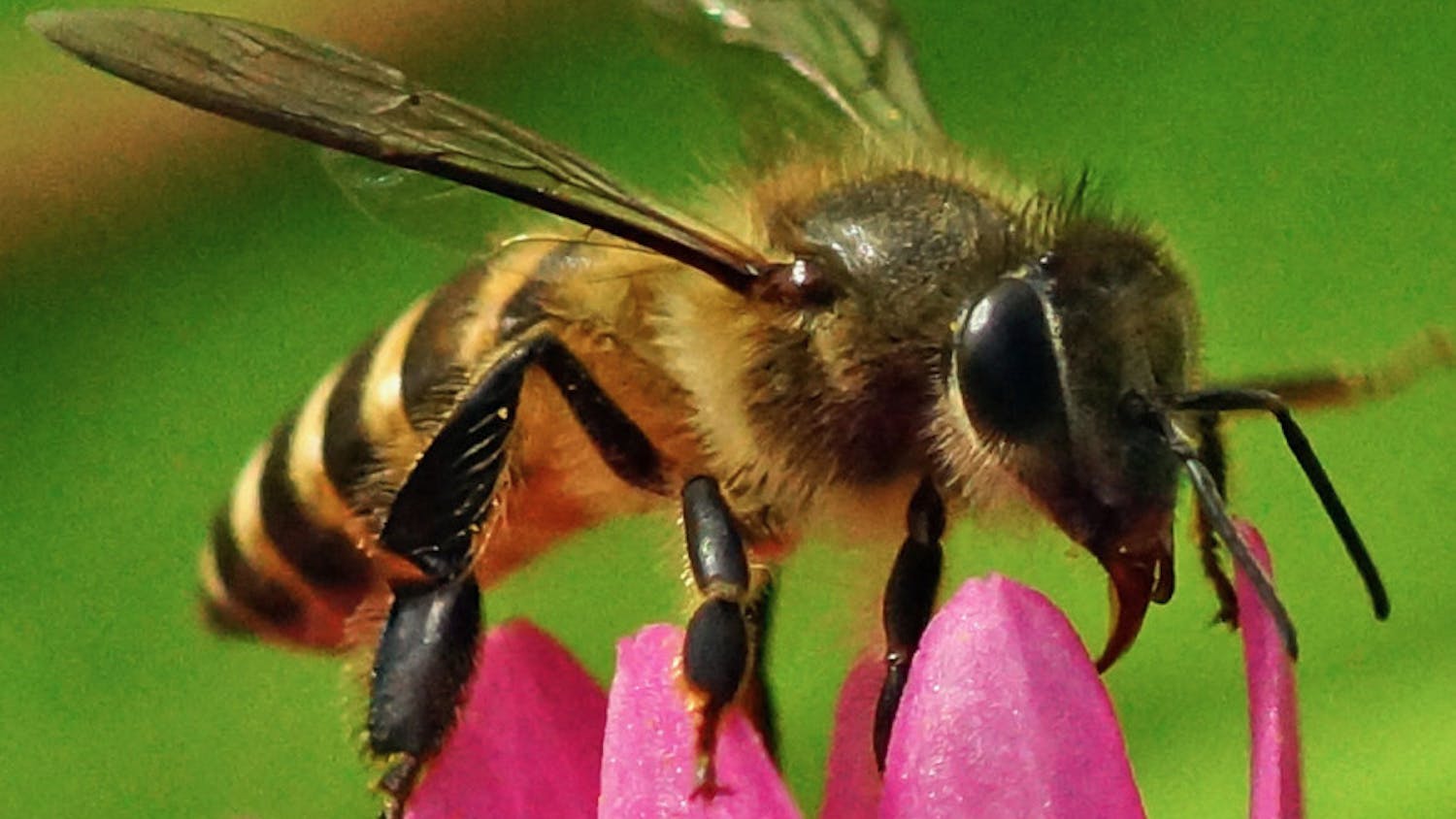