Bellingham and Whatcom County are finalizing plans for an unarmed crisis response team this year. This team will handle emergency calls from individuals experiencing mental illness-related crises among other situations where an armed response is not deemed necessary.

This new response team will likely fall under the GRACE program umbrella according to a plan proposed by Anne Deacon of the Whatcom County Health Department.

GRACE, which stands for Ground-Level Response and Coordinated Engagement, is a program designed to help individuals who frequently use emergency and criminal justice programs. The program aims to offer more specialized, coordinated services for these people than any single agency could offer.

In a city council committee meeting on April 26, Deacon revealed detailed proposed plans for this new program. The Alternative Response Team, tentatively referred to as ART, will launch in phases according to the plan shown by Deacon.

The purpose of this program will be to send an alternative response team to emergency calls that don’t need an officer present, according to Deacon.

Charlie Bradford, who works as an outpatient clinical coordinator at Lake Whatcom Residential Treatment Center, said he’s seen programs like this be huge successes in other communities.

Bradford said he has worked with individuals who have had traumatic experiences with police in the past and that officers showing up can be a trigger. The police do their very best to serve the community, but having trained social workers available to respond to mental health crises will take pressure off of them, Bradford said.

It’s still important to have the police available for worst-case scenarios, but more often than not, de-escalation is possible without their presence, he said.

The purpose of the program's first phase, detailed by Deacon, will be data collection in the field. Response teams in phase one will include a behavioral health professional and a Bellingham Police Department officer. This phase of the plan is already funded by the City of Bellingham, PeaceHealth and Whatcom County.

The data collected from the first phase will be used to inform dispatch on what types of calls are most appropriate for an alternative response team.

The second phase of the program will replace the police officer with an Emergency Medical Technician. The alternative response team is expected to operate sometime between 10 a.m. and 9 p.m., seven days a week.

Implementation of this program will be accelerated by H.B. 1477 which was signed into law by Gov. Jay Inslee on May 13. This bill aims to improve the suicide and behavioral health crisis response system in Washington.

The bill will introduce an implementation team as well as a crisis response improvement strategy committee. The new number available for national suicide prevention and mental health crisis will be 988 and will go into effect on July 16, 2022. The new number will give people an alternative to 911 or a 1-800 hotline number in times of crisis.

Bellingham City councilmember Daniel Hammill said it’s important for people to know that Bellingham’s alternative response team will have an interim period where they will potentially operate through 911 until the 988 number goes into effect.

The city is currently identifying the structural and financial needs of the program, like the types of vehicles to purchase for the program, Anderson said.

Hammill is one of the people responsible for the GRACE program, and he is an advocate for it in the council. Hammill said he traveled around Washington gathering information on programs similar to GRACE to help create the infrastructure of the program.

The program assigns case managers to individuals who need more help than some of the response systems currently offer. These case managers work one-on-one with people to assist them with things such as housing, food assistance, medical or psychiatric care, according to Hammill.

GRACE currently has 80 participants and a 90% success rate in getting individuals the assistance they need, Hammill said.

BPD Lieutenant Claudia Murphy said in an email that the department works with the GRACE program case managers to identify people who are best suited for their program.

Murphy said the integration of GRACE into 911 dispatch is an ongoing topic of conversation among all the stakeholders and that the state and local governments are looking into it as well.

Lake Whatcom Residential Treatment Center is listed as a GRACE community partner. Bradford, who works there as an outpatient clinical coordinator, said he attends the GRACE meetings and is a big advocate of the program.

“I think it’s wonderful, the more I’ve gotten to know the GRACE case managers and the supervisor, Malora, the more I’ve been impressed with their professionalism,” Bradford said. “They care a lot about serving our people in the community and they know their stuff.”

Yvonne Dubois, who works at the Lake Whatcom Residential Treatment Center as a Recovery Support Specialist, is also an advocate for the GRACE program.

“I think the biggest thing I’ve observed is bringing the community really together to help people where they’re at,” Dubois said.

Dubois said that an alternative response team would be a really good program to have available. She said sometimes just the police uniform and job title can prevent someone from reaching out and sharing that they need help.

The City of Seattle released data on their 911 calls in 2020, which revealed almost half, 45.4%, of emergency calls were classified as low priority. These are the types of calls that unarmed response teams can potentially be dispatched for.

CAHOOTS is an unarmed response team in the Eugene-Springfield, Oregon area. CAHOOTS, which stands for Crisis Assistance Helping Out On The Streets, responds to mental health 911 calls that police would normally respond to, according to their website.

According to their website, CAHOOTS’ mission is to “enable people to gain control of their social, emotional, and physical well-being through direct service, education, and community.”

Olympia has a similar alternative response service called the Crisis Response Unit. This program provides outreach services to those in crisis and provides a unique service to better assist them.

Crisis Response Unit states on its website that it will not restrain someone against their will or violate confidentiality.

Hammill said the city has been investigating these types of unarmed response teams and looking at how their practices can be applied in Bellingham. He also said this program has a budget of about $850,000.

“I think it’s absolutely worth it because we are going to save people’s lives,” Hammill said.

Kelton Burns is a reporter for The Front and a third-year news/editorial journalism major. His work focuses on city news, usually related to City Council. He enjoys reading game reviews in his free time. You can reach him at keltonburns.thefront@gmail.com 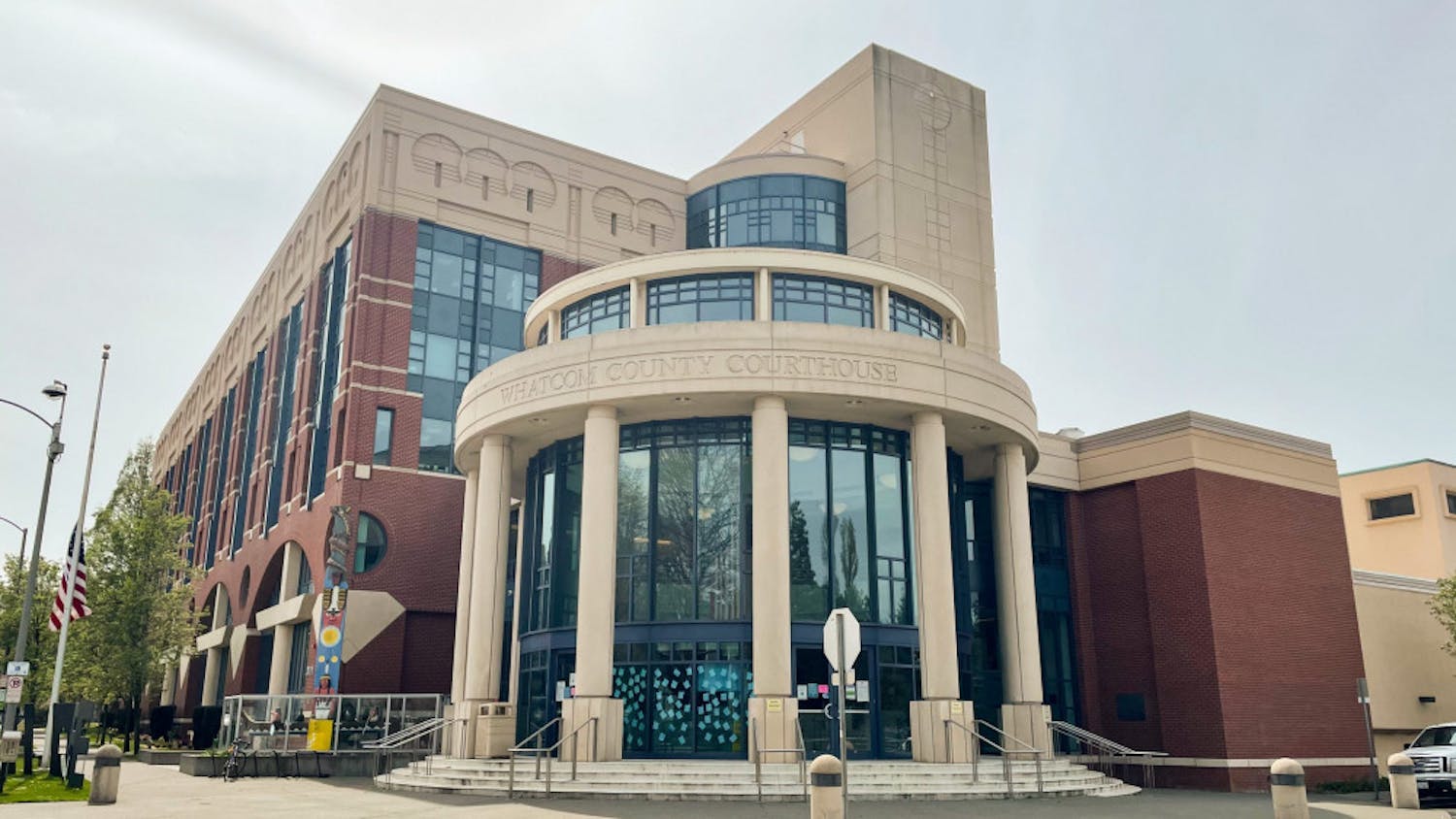 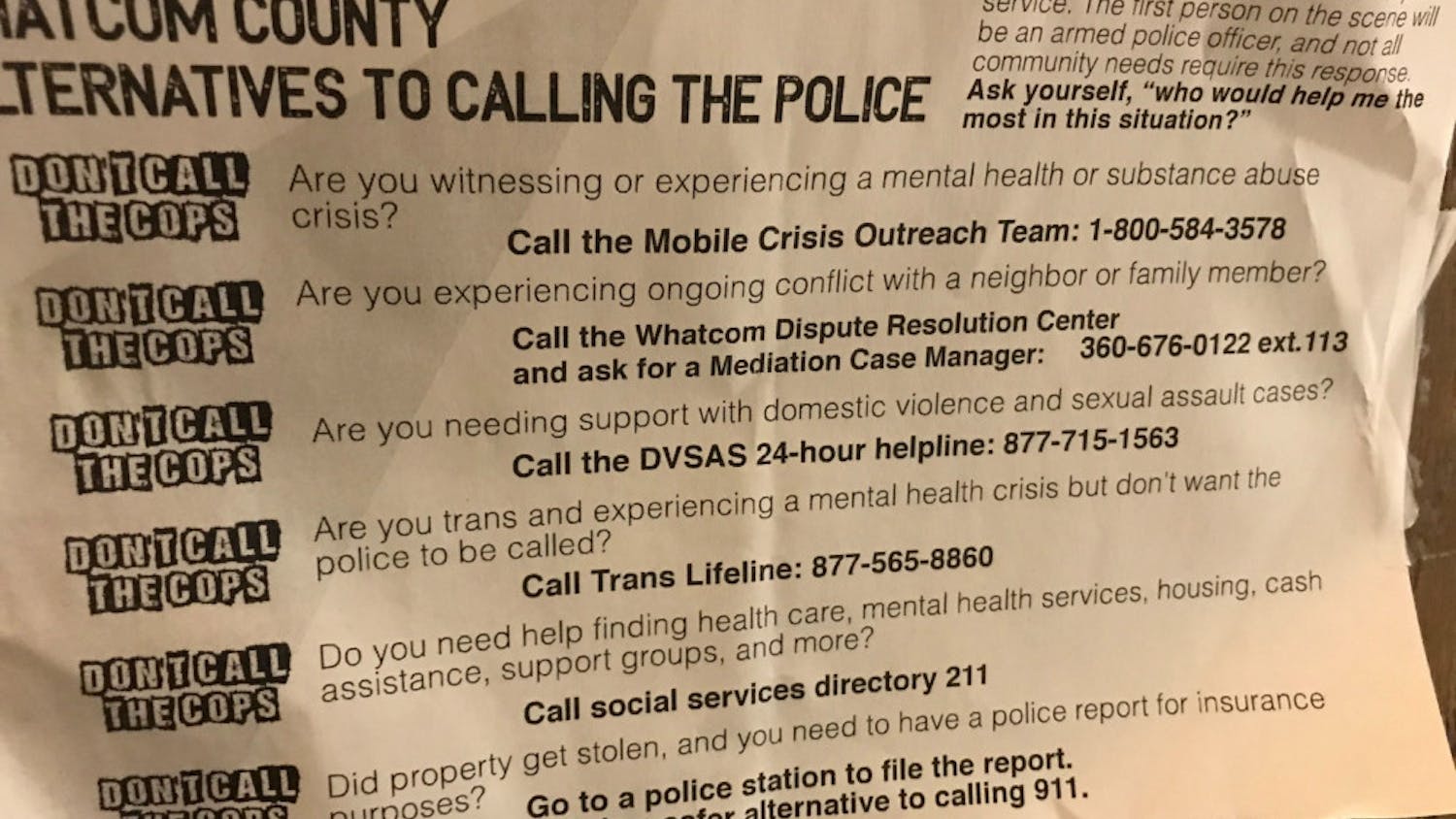