Content warning: This article contains language and stories about incidents of violence and assault against racial minorities.

In efforts to foster a sense of community in a time of great trauma, the Counseling Center and Ethnic Student Center partnered to host the first virtual care space for Asian students, alumni and faculty.

Over 20 people from the Asian American Pacific Islander (AAPI) community at Western showed up at the event to share their stories, concerns and to support one another, according to Daniel Mai, the pre-doctoral intern at the Counseling and Wellness Center and one of the key organizers for the first care space event.

The event came a week after six Asian women were shot and killed in a Georgia spa, one of the more recent incidents of anti-Asian violence in a year where there has been a 149 percent increase in reported anti-Asian hate crimes, according to a fact sheet by the Center for the Study of Hate and Extremism.

The turnout and enthusiasm for this event were unexpectedly high for a Zoom meeting, which encouraged the hosts to make it weekly, Mai said.

“New students or even just people from faculty were saying that on that Zoom meeting, it was the most they’d ever seen of Asian faces,” Mai said. “It really resonated with me because it kind of showed that this is very important.”

Cristina La, an Asian-American third-year at Western majoring in environmental science, found the first event valuable because it gave her a space to vent about the systemic problems underlying anti-Asian hate. Some of the issues she discussed included disrespectful coverage of Asian victims in high-profile events like the Georgia shooting and the fast-paced news cycle that turns tragedy into flash news, which does little to bring about systemic change.

La said she could share her concerns about returning to campus in the fall; she is afraid that her family might suffer more heavily from anti-Asian hate crimes, such as vandalism to their homes, without her being at home to provide emotional support.

But, she said that she was unsure about whether the care space event, although valuable, will be enough to support Asian students by itself since people are tired of Zoom.

“I think that it’s a really big step forward, especially since it’s showing the university’s support for the community that’s been hurt,” La said. “However, I’m not sure if having these sort of weekly events will be valuable because I don’t know how many people will actually attend.”

Longer-term solutions like offering more diversity and equity courses would also be beneficial in creating awareness of issues facing Asian people and other people of color, La said. Understanding from professors and leniency from administration in times of crisis or struggle for Asian families would go a long way for mitigating family emergencies upon return in the fall, she said.

This need for awareness stems from the fact that anti-Asian hate is not new, according to Glenn Tsunokai (Sue-No-Kai), a sociology professor at Western.

Knowing the history of issues like anti-Asian hate is the first step in being an ally because it eliminates the illusion that Asian people do not suffer from racism and inequality like other minority groups, Tsunokai said. The next and equally important step is to speak up on behalf of victimized minorities because racist words and actions cannot be solved without holding people accountable, he said.

The recent surge in anti-Asian hate that motivated the Georgia spa shooting comes from former President Donald Trump’s open scapegoating of Chinese people for COVID-19, Tsunokai said. This is similar to the scapegoating of Japanese people for the downfall of the U.S. automobile industry in the 1980s, which lead to the brutal murder of Vincent Chin, he said.

“If you’re the targeted group, you often may feel like there is nobody else that really cares,” Tsunokai said. “It takes on a whole different dimension when somebody that is not part of a targeted group tells someone else that it in fact exists, that Asians are in fact being targeted.”

La said that she would also like to see more allyship for students of Asian ethnicity on campus.

"I feel like something that can be done to provide allyship is to address the situations that have been going on instead of just continuing with class as normal and showing a bit more empathy towards any of the students who are in certain situations, or more empathy in general for anything that comes up,” La said.

Proactive action to call out stereotypical or racist language may help the campus, social media and other virtual platforms become safer and less threatening for people of Asian ethnicity, Tsunokai said.

Tsunokai also stressed the importance of continuing events like care space that provide a dedicated meeting place for people with shared experiences and challenges, allowing a consistent space for support, no matter what is happening in the community.

“Whether it’s a physical space, or whether it’s a virtual space, just having some ability to connect is so important,” Tsunokai said.

With the campus still closed, the virtual Asian Student Community Care Space Event is a key avenue for these connections to take place, Mai said. 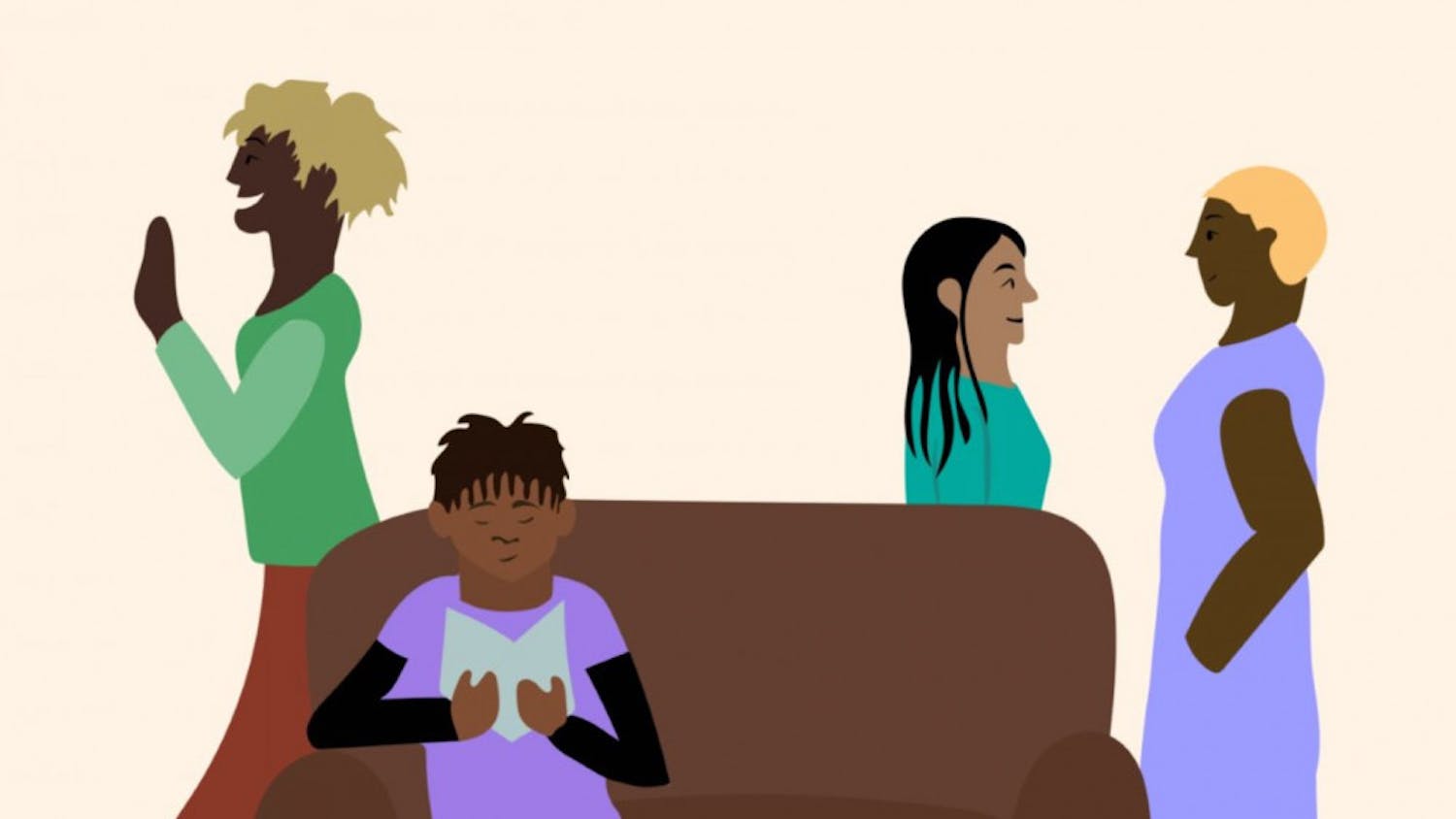