The Sehome Starbucks filed with the National Labor and Relations Board on Oct. 17, making it one of over 300 Starbucks locations across the U.S. that have begun unionizing. Currently, around 250 stores have completed the process.

This past summer, the Iowa and King streets, and Cordata locations officially unionized. Starbucks employees, often called partners, cited harsh working conditions, low wages and unrealistic company standards as some of the reasons behind wanting to unionize.

Most recently, both locations went on strike in October in response to the loss of COVID-19 sick pay. Starbucks removed benefits from all locations, regardless of unionization status. For unionized locations, removing benefits without negotiations is illegal, according to the National Labor and Relations Board.

Shannon Butler, a barista at the Iowa and King streets location and local union organizer working with Starbucks Workers United, said that the working conditions have consistently become more demanding.

One of Starbucks’ standards that Butler said is extremely challenging to maintain is called “out-the-window time.” This means having customers’ orders out the window within 45 seconds or less.

“We’re not given enough people working on the floor to meet needs while they’re still demanding these ridiculous standards,” Butler said.

The rapid increase in unionization was in part brought on by the COVID-19 pandemic. Starbucks partners were called on to be essential workers and were told that the corporation had to save money by cutting partners hours, staffing less and decreasing benefit packages.

Fourteen months into the COVID-19 pandemic, Starbucks reported that they had completely recovered from revenues lost due to dining restrictions. Starbucks’ revenues increased 78% to an all-time high of $7.5 billion between April and June 2021, according to The Associated Press.

“The pandemic shifted people’s mindset of how their labor exists in a wider sphere and [made them recognize] that the way that we live in currently and operate isn’t sustainable,” said Gwen Williamson, a barista at the Sehome location.

Starbucks unions across the country have advocated for adequate staffing, realistic corporate standards and greater professionalism. Largely speaking, a core value of the Starbucks unions is to change the power dynamics between partners and leadership.

“Starbucks likes to go on about how they listen to partners and they craft a partner experience, but if you talk to nine out of 10 baristas they’re going to tell you that’s not the case,” Williamson said.

Starbucks has been accused of anti-union tactics. Howard Schultz, the interim CEO, said that he can’t see unions working within Starbucks. The “We are One Starbucks” website, operated under Starbucks is accused of displaying misleading information about unions.

At Bellingham locations, multiple partners, including Williamson, have said that they’ve experienced anti-union tactics. This has included bringing in additional leadership, and increased enforcement of company standards.

Butler said that most of these standards are trivial, such as a dress code and shared a specific example;

“You are not supposed to have graphics on your T-shirt. But I wore a white shirt, which is a part of the dress code, and it had a small graphic on the front. It was covered up by my apron but then I was told I could not wear it because of the graphic.”

“We’ve experienced several different methods of either propaganda or tactics meant to instill fear or delegitimize the idea of unionization,” Williamson said. “A lot of the rhetoric is purposefully misleading language, they [Starbucks leadership] say that unions can’t guarantee you benefits, which is a misrepresentation.”

Starbucks has slowly begun to change what qualifies as an “incident report” according to Williamson. Incident reports are filed by employees that document unsafe behavior to baristas or customers. In July, 16 Starbucks locations were closed because they were “high-incident” locations.

Williamson and other Starbucks partners have felt that this was a form of an anti-union tactic.

In other locations partners are experiencing similar circumstances. A barista who played a large role in helping unionize the first Starbucks in Buffalo, New York, was recently fired over a pin that did not adhere to the dress code.

Starbucks did not respond to The Front after multiple requests for comments, including on allegations of anti-union tactics.

Christian Sweeney, deputy organizing director at the AFL-CIO, said companies tend to be anti-union primarily due to power struggles, and that no one likes to give up power.

“I think ultimately it’s about power, but like lots of things, when people share power, ultimately, it’s everyone’s benefit,” he said.

Sweeney said that unions are effective in the workplace and unionized workers tend to be more productive, healthier and see less employee turnover.

Much of the increase in unionization can be attributed to the efforts of Starbucks Workers United, members of the first unionized location, and the online presence of Starbucks partners.

Williamson said there is no set timeline for when the Sehome location will finalize the unionization process.

“We want to be mindful not to rush things for a variety of reasons. Just, you know, taking everything very swiftly but delicately,” she said. 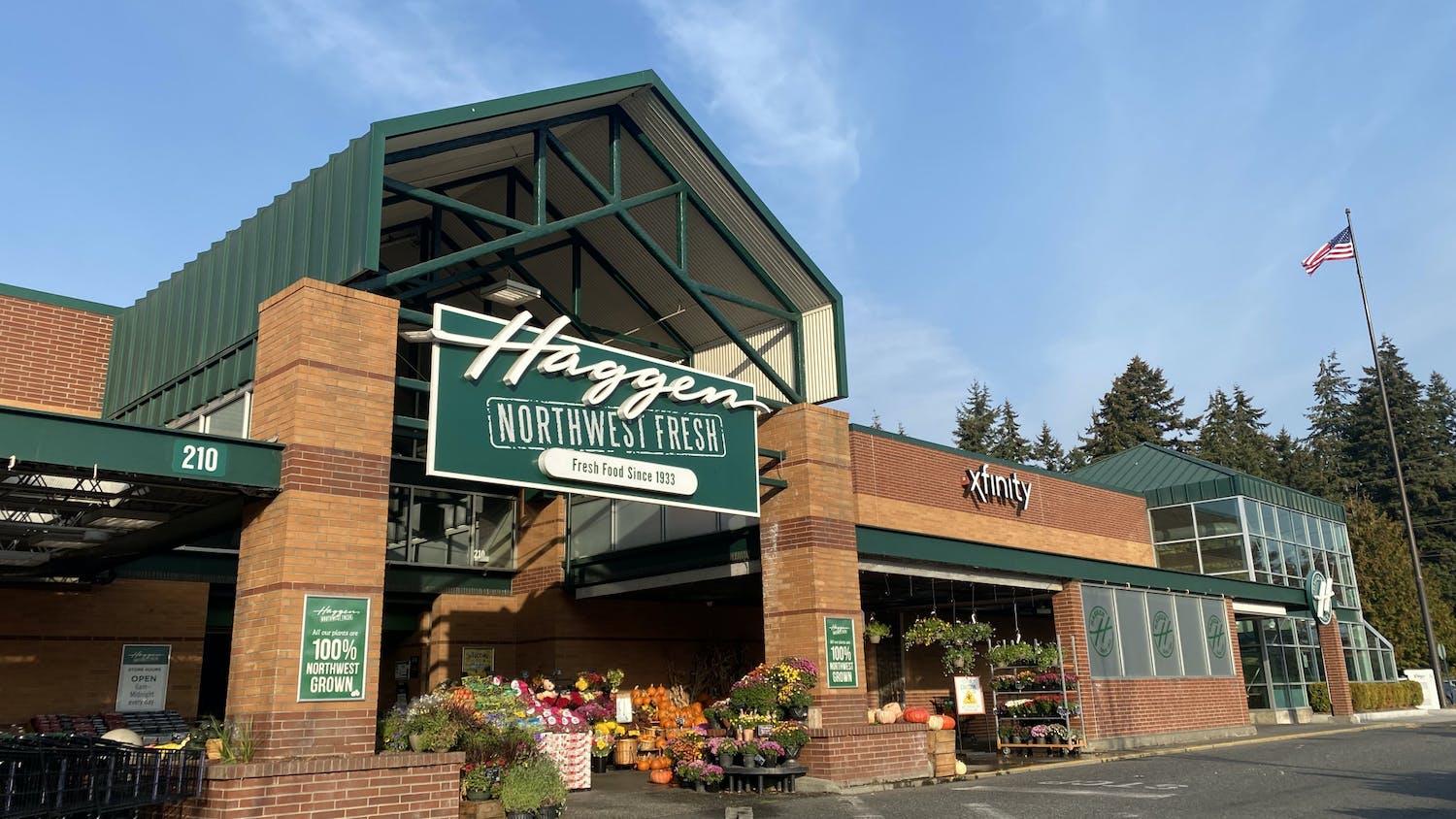 The COVID-19 pandemic isn’t over, but hazard pay is 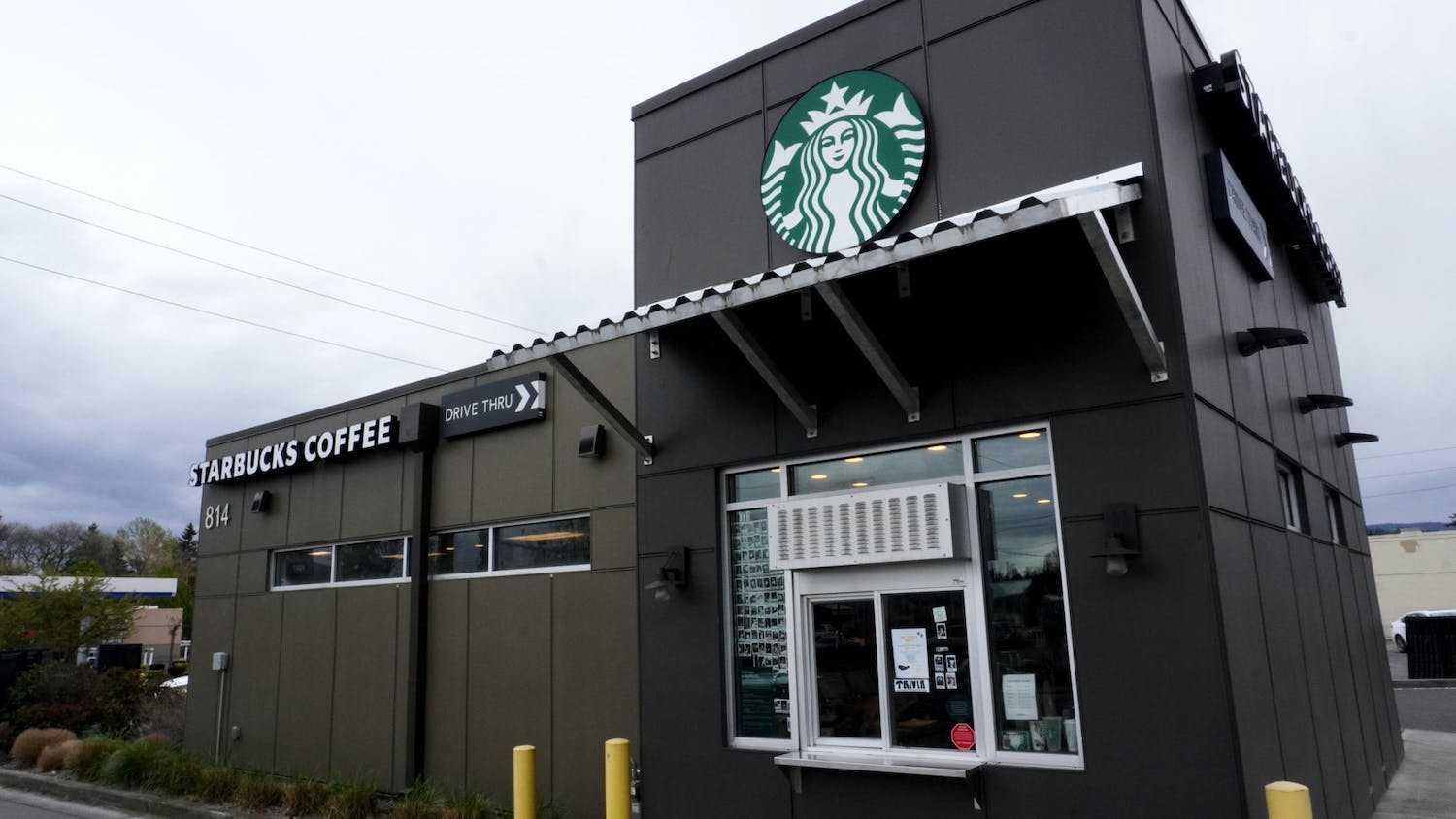