Electric bikes, scooters, onewheels becoming an increasingly popular way to get around town

On any given day, Western students can be seen zooming through campus on their various electric modes of transportation.

According to the National Association of City Transport, use of micromobility such as electric bikes and scooters is rapidly growing. Shared micromobility methods such as Lime Electric Scooters were used in 136 million trips in the United States during 2019, which is 60% more than in 2018.

“When I drive [to work], I've gotta park quite a ways out where it would take me maybe 15 minutes to walk,” said design professor at Western, Jason Olsen. “The onewheel has been a nice bridge for my purposes here on campus ... It helps make it a little more efficient.”

Onewheels are a form of micromobility where riders face sideways and use their body weight to maneuver the electric device.

“The reason that I fell in love with it is I have a history and experience [with] surfing and snowboarding,” Olsen said. “It was the closest thing on land that I could figure out that I could do on a regular basis.”

Finding ways to get around town without getting in a car is the specialty of Whatcom Smart Trips, a program that offers incentives such as cash, or local business discounts for travelers who log hours using modes of transportation that replace driving alone.

“An electric scooter counts, onewheel counts, a skateboard counts, rollerblades count. If you keep a car off the road, that counts as a smart trip,” said Kirsten Wert, Smart Trips program director. “I would like to see better education for people to know how to use [micromobility].”

Whatcom Smart Trips currently offers free one-on-one bike classes for those who want to learn how to ride a bike, be confident cycling in the city, adjust to riding an electric bike and more.

“Some drivers would argue that electric bikes are the bane to their existence and it's horrible having all these bikes on the road … but for people who want to get out of their cars, it's an awesome solution, and it opens up biking for more,” Wert said.

With more bikers on the road, Bellingham’s infrastructure has significantly improved over the past 10 years according to Wert.

“We do have lots of bike lanes, and because there are so many cyclists in Bellingham, people are very aware of bikers. So, biking in Bellingham is a very safe option as opposed to some bigger cities that don't have bike lanes or [where] people don't bike very often,” said Matt Holmes, owner of Sun-E-Land Bikes.

Sun-E-Land Bikes is located in the Waterfront District. They sell and rent E-bikes, as well as non-electric bikes for the public pump track.

Even as winter weather rolls in, plenty of commuters still choose to use forms of micromobility as their mode of transportation.

“There’s some intrinsic value to getting out of your car, being more connected to the community,” Wert said. “Even on a day like this, if I put on my rain paints and my rain boots and my jacket and my hood up over my helmet, it's kind of fun to ride in the rain." 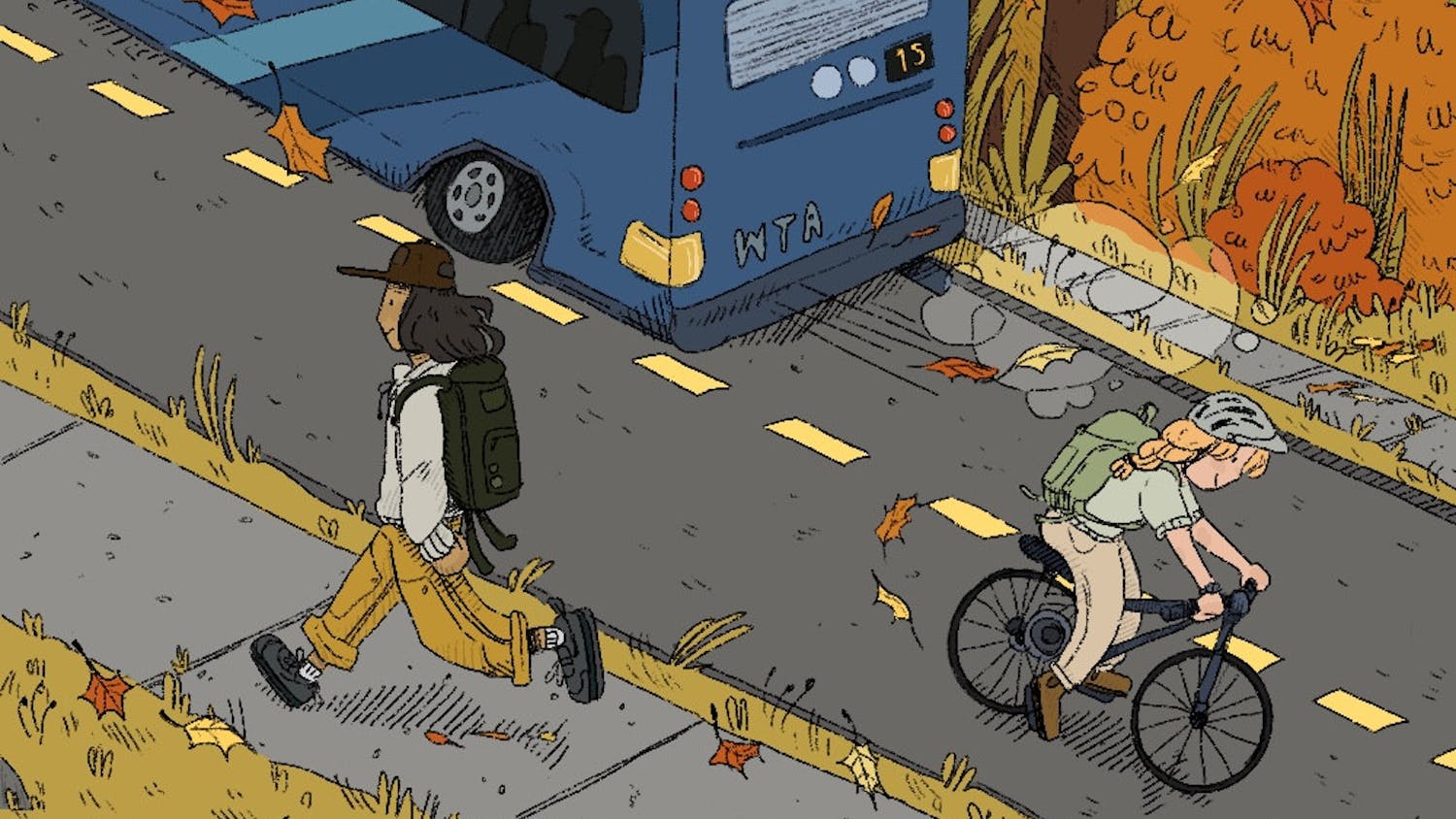