Now, Andros wants to bring the fun and freedom of drag to Western Washington University through a new student group called the Royal Gambit Drag Club. Through the club, Andros wants to create a safe space for people to experiment with their style, find their persona and perfect their performance.

“I know a lot of people who have said ‘I’d love to get into drag, but it seems like so daunting of a task,’” Andros said. “So I wanted to create a space where anyone who is interested in drag, who likes to appreciate drag, can come and they can perform, or they can support, or they can just kind of be in community.”

Currently, Andros is planning to hold a few meetings per month once the club starts this fall. One of the meetings will be a themed drag show, with possible themes ranging from Broadway to pirates.

While anyone is welcome, Andros wants to make sure the space is inclusive of trans and nonbinary folks. According to Andros, despite the image of drag culture popularized by shows like “RuPaul’s Drag Race” which largely centers on a male, cisgender experience, drag’s roots are deeply connected to the transgender community.

“For a lot of trans people, drag has been either a gateway to realizing you’re trans or a way to express your gender,” he said. “I’m nonbinary but I’m also trans-masc, and when I was in high school one of the outlets I had for dressing up and being able to express my gender was drag. It really helped me to experiment with different things, like learning how to draw on facial hair.”

Because Andros started doing drag in high school, it was a challenge to find places to perform in Bellingham because most places don’t allow performers under 21. Like a number of underage performers, Andros started performing for a weekly, all-ages drag brunch at ReMyx’d Restaurant and Bar in Arlington.

According to Brenton Holland, a manager at ReMyx’d, they are allowed to host the show because the restaurant and bar are separate buildings, where everyone is welcome.

“You don’t turn gay at 21 and if any of our younger youth wants to experience a drag show, whether it be by watching or participating, then I will allow it,” Holland said in a recent Facebook post in response to protestors who objected to the presence of underage people at the drag brunch.

In addition to looking for local venues willing to host underage performers, Andros is also hoping to bring in other accomplished drag performers to teach club members about their approach to drag and creating a persona, like Bellingham icon drag queen Betty Desire.

Desire has lots of good advice for new performers, and compared creating a drag persona to writing a backstory for a Dungeons & Dragons character.

“I wrote out a history for Betty and I imagined different conflicts that she would’ve gone through growing up,” Desire said. “So when I put on Betty, I put on a different person entirely.”

Desire also encouraged new performers to not be hard on themselves and to find a persona they feel comfortable inhabiting.

“Be as authentically yourself in your drag character as you can,” she said. “Don’t strive to be like another drag performer, create your own persona.”

Matthew Phillips (he/him) is a campus news reporter for The Front. He is majoring in psychology and minoring in journalism. When not reporting, Matthew enjoys watching movies, reading, cooking, talking endlessly about his love for cats, and trying to befriend the raccoons on campus. You can reach him at matthewphillips.thefront@gmail.com.

Tears and triumph: an outpouring of love at Whatcom Youth Pride 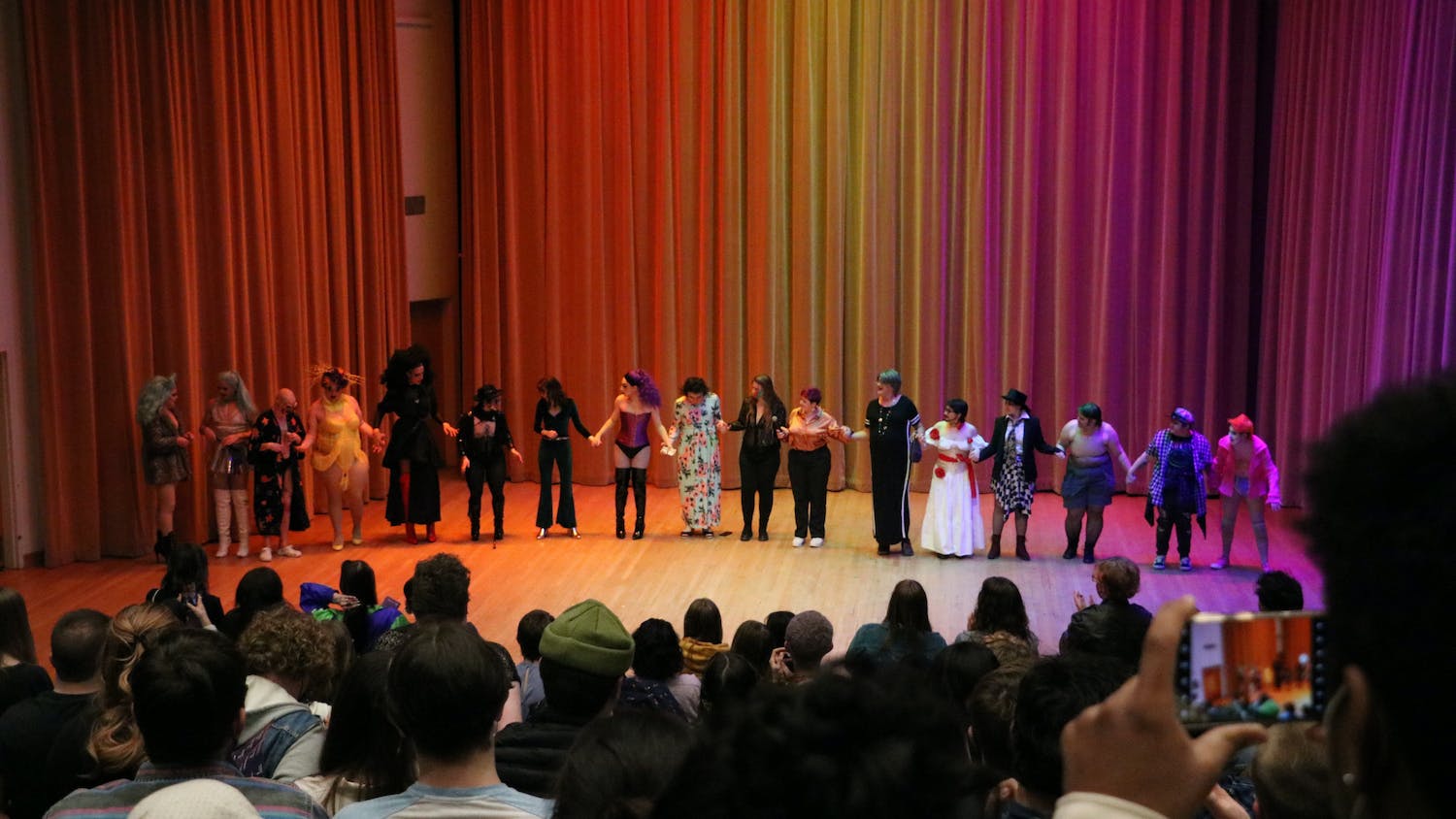