The courtyard of Whatcom Museum’s Lightcatcher Building was home to a number of red dresses for 10 days this past month. Some dresses hung on a tall rack, others lay strewn across a rock; another hung in a tree, and two more were displayed on a fence.

The REDress project was started by Jaime Black, who is of Anishinaabe and Finnish descent. Black first exhibited red dresses in Canada with the goal of bringing awareness to the issue of murdered and missing Indigenous women.

The movement came to the United States when Black’s installations were featured at the Smithsonian National Museum of the American Indian. Since then, other groups have created their own REDress exhibits, such as the one featured at the Whatcom Museum.

Thayer said she and a fellow colleague were motivated to bring the project to campus in order to both educate students and provide a space for remembrance. The display brought Indigenous voices to the forefront.

Thayer said that education can also be a tool for good.

“As we become aware, as we make these truths known, it allows us to shift how to educate the leaders of the future, so that they lead with healing. It becomes less about this idea of power and control, it becomes more about care for each other,” Thayer said.

When the Whatcom Museum reached out to Thayer to bring the REDress exhibit to the Lightcatcher building, she requested that the exhibit be accessible and free.

Before the exhibit was opened to the public, from May 5 to May 15, a group of students and staff gathered to smudge the courtyard.

Smudging is the burning of different herbs in order to protect a place of ceremony, it has different desired effects based on time, place and individuals present.

“They also gave us the space to bless the space before it became open to the public, which was important for a number of our native individuals who were there to set the space for what we were doing there and set a purpose and intention,” Thayer said.

The Lummi Nation held their own REDress exhibit and march on May 5, the National Day of Awareness for Missing and Murdered Indigenous Women and Girls.

Penny Carol Hillaire works for Lummi Victims of Crime who led the march. She said over 150 walkers came this year.

“This year is the first year we’ve gathered since the pandemic. It was pouring down rain, and wind blowing and the walkers still showed up. It was a beautiful day, ” Hillaire said.

Santana Rabang helped lead the march on May 5. Rabang chanted the names of 28 murdered and missing Lummi Tribal Members.

Rabang works for Children of the Setting Sun Productions as an assistant to the executive director. She is a citizen of the Lummi Nation, Nooksack Tribe and First Nations Shxwhá:y Village. The day after she led the march, her uncle Pablo Rabang was murdered.

“It was really hard for me. It got me thinking a lot about how men are not being acknowledged enough in this conversation,” said Rabang. “When it comes to this topic, it affects people in different ways. We should be advocating for indigenous peoples in general, both men and women.”

This is not the first death close to Rabang. In 2013 her best friend, Davonte Thompson, who was Afro-Indigenous, was stabbed at a house party. Thompson was only 17 years old.

Hillaire is a citizen of the Lummi Nation and is also descended from the Indigenous people of Clackamas. She remembers when Carol Greene, her mother’s best friend, was missing for over four months before her body was found in 1983.

Greene was a high school counselor. Her case remains cold.

“When Carol Greene was missing, the whole community was talking about it. We would go clam digging and wonder if she was on the beach somewhere. We would go driving, and I’d look out wondering where she was. Our community was so traumatized. It was like there was this black cloud over us until they found her,” Hillaire said.

A 2016 study by the National Institute of Justice found that 84.3% of Indigenous women and 81.6% of Indigenous men have experienced violence in their lifetime.

The Urban Indian Health Institute reported that murder is the third leading cause of death for native women.

These stats, among others, were written on a poster in the Lightcatcher’s courtyard during the REDress exhibit.

Laraya Johnson is a council member of Western Washington University’s Native American Student Union and is pursuing an American Indian minor at Western. She is affiliated with the Oglala-Sioux tribe and believes studying and conserving her culture is the best way to serve her community. She is currently enrolled in an Indigenous Feminism course.

“To me, indigenous feminism theory encompasses the indigenous oppression because of settler colonialism. The theory addresses what liberal feminism often fails to. We have been in a state of survival ever since contact,” Johnson said.

The theory addresses genocide, exploitation of land and body, as well as traditional roles. Johnson first learned about the theory from her professor, Karyn “Mo” Wells, who teaches the Indigenous Feminism course at Fairhaven College of Interdisciplinary Studies.

Johnson said that it is important to express the fact that this issue is “year round” and that most cases go unreported.

According to the Urban Indian Health Institute, “only 8% of cases of a rape victim’s first attack ended in a conviction.”

In a survey of 71 American cities, 506 cases of MMIWG were identified, and 153 of those cases were not in law enforcement records.

Washington State published Substitute House Bill 2951 in 2019 which ordered a study to determine how to increase coverage and investigation of missing Indigenous women.

The bill and its subsequent report have come under scrutiny. The report acknowledges the high rates of violence against Indigenous people, however, has “simple” data with little to no analysis.

One criticism the Urban Indian Health Institue had about the report was, “However, what the Washington State Patrol report failed to recognize is that although American Indian/Alaska Native women account for 7% of missing women in Washington State, they only are 1.9% of the total female population. This highlights the deep disparity felt by urban and rural tribal people across the state.”

Johnson said there is hope for missing and murdered indigenous people. Johnson’s hope is in Washington’s 40th Legislative District Representative Deborah Lekanoff, a member of the Tlingit tribe and the only Native person in the state Legislature, who is proposing House Bill 1725. The bill will create alerts to help broadcast information regarding missing Indigenous women and people.

There is also hope in local movements. Rabang and her team at Children of The Setting Sun Productions combine multi-media elements with performance art and storytelling to make sharing their Coast Salish culture and history accessible.

“There are some really disgusting old films of us being killed off and murdered,” Rabang said. “Working with productions, you are changing that narrative. You’re showing people this is who we are and this is what we’re capable of.”

Children of the Setting Sun Productions produced a video for missing and murdered Indigenous women featuring music by Antone George and Mark Nichols and the West Shore Canoe Family in 2019. The video was featured at Whatcom Museum’s REDress exhibit.

While May 5 has passed, this is a conversation that should be happening year around.

“I’m hoping and wishing that these efforts will encourage people to become more aware and do their own research," she said. "To hold space for our spirits to breathe and to rest without having to explain and tell a story.”

Ani Lowe (she/they) is reporting for City Life for The Front. They enjoy going on hikes with their dog, bouldering and making art. 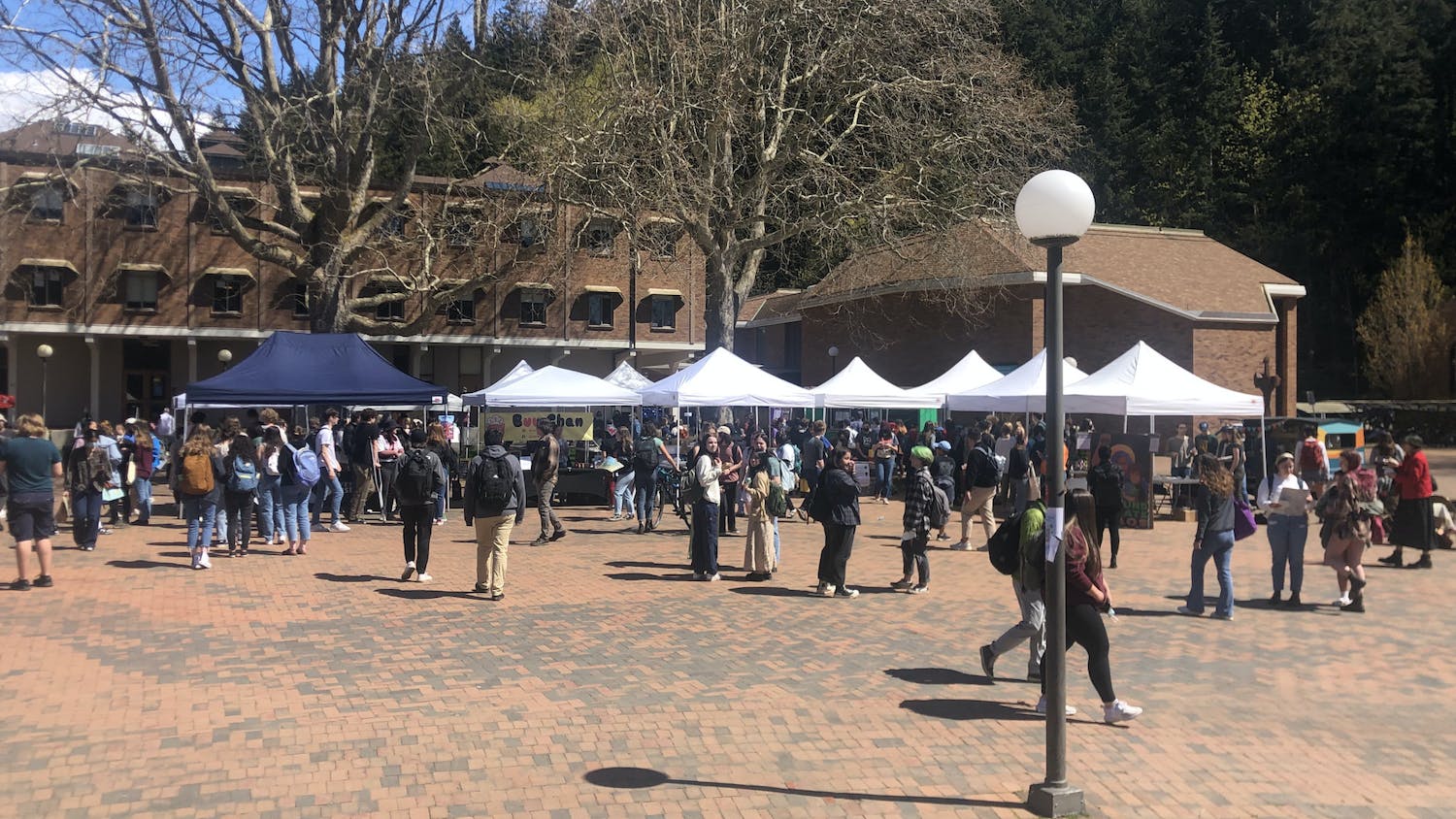 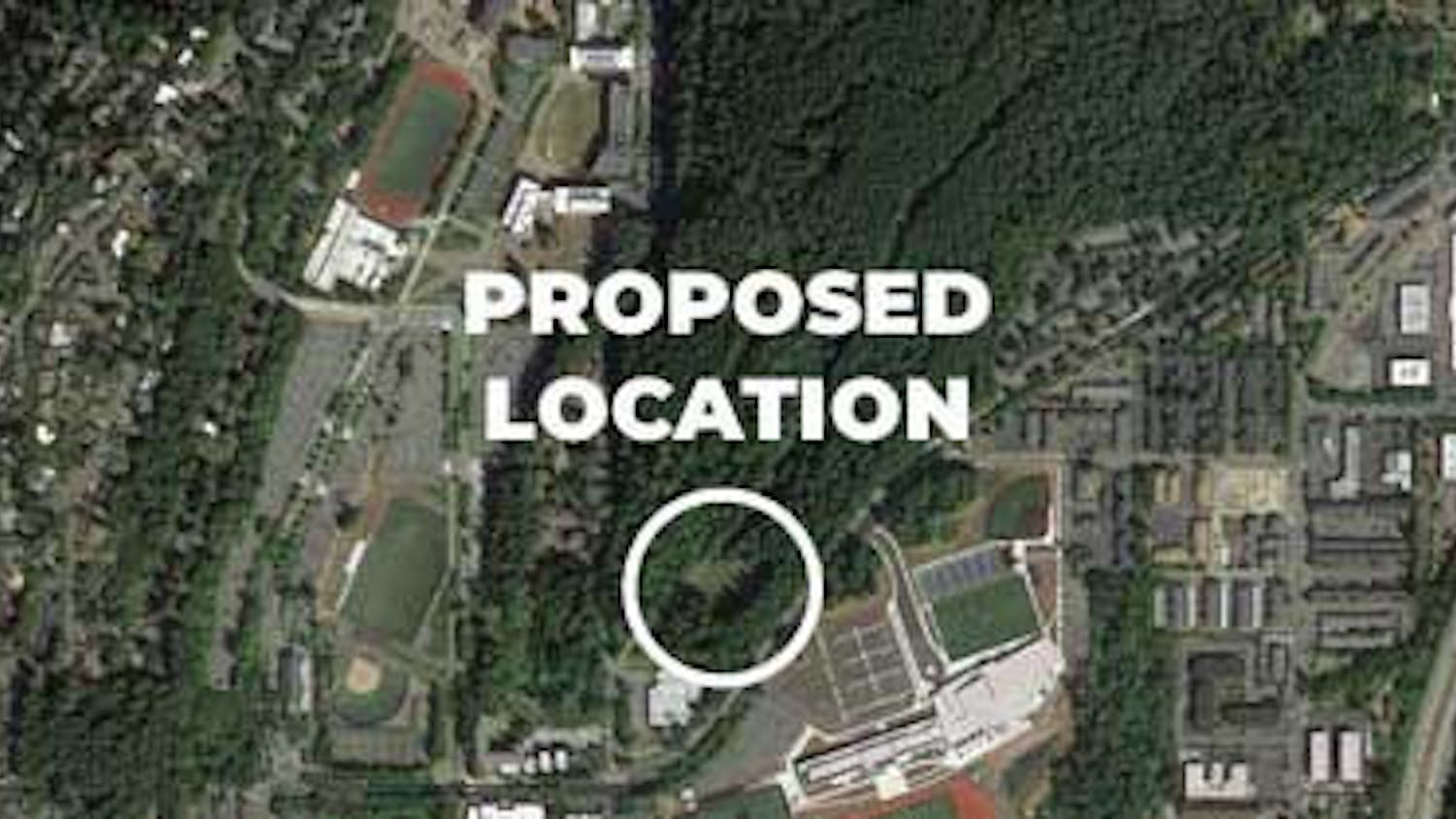