From Ski to shining Sea

What Western students, community members are looking forward to with the first race since 2019

Buckle your bindings, get your running shoes on, grease your gears and put a life jacket on. This year’s Ski to Sea race is back and members of Whatcom County are ready for it.

With this many legs of the race, comes an even bigger number of bodies. As of now, Ski to Sea has 332 teams signed up.

Whatcom Events is looking forward to seeing the community of racers, volunteers, sponsors and fans gather together again. They are planning for 400-425 teams and the cut-off will be 500, said Race Director Anna Rankin in an email.

“The disruption of the tradition of Ski to Sea has taken a large toll on our organization and the community at large, we’re thrilled to be back in 2022,” Rankin said. “It has been a challenging year with COVID, flood recovery and development, but we know that it will all come together by race day because of all the hard work of our committee and our community.”

With numerous teams competing, Ski to Sea receives a great deal of attention, reeling in recreation lovers from all around the world, according to the Whatcom Talks website.

There are three divisions of the race: Whatcom County, competitive and recreational class. The race is a total of 93 miles and starts near Chair Two and the Ski Shop at Mt. Baker Ski Area. The link to the racecourse can be found here.

Members from all corners of the county are preparing for the race.

Sarah Quenemoen, a fourth-year student at Western Washington University, is participating in the upcoming race for the first time. She will be doing the first leg: cross country skiing in the recreational division.

Quenemoen said she has met two people on her team so far. Her team name is the “Spotted Owls.”

“They’re going to be doing their sport next to me doing my sport and that’s so cool,” Quenemoen said.

She is looking forward to getting to know the people on her team in the 4-mile cross-country ski leg.

The second leg of the race is downhill skiing.

Another first time Ski to Sea participant, Aidan Sullivan, will compete in this leg of the race.

As a fourth-year Western student and avid skier, Sullivan is looking forward to hanging out with others doing the race. He will be participating in the recreational division on the “Sweet As Waffles” team.

Ski to Sea participant Isaac Day has been doing the canoe leg since high school. He said he is thrilled the race is back and it will be his seventh time racing. Day is racing in the 18.5-mile canoe race that takes place on the Nooksack River.

Day said he is looking forward to the participation of the county and everyone who has been dedicated to the race.

While Ski to Sea has a generally strong sense of community connection, Day said each leg also has its own community feel.

“Year after year doing the canoe leg, you see a lot of the same people and same canoes,” he said. “It’s fun to be able to see those same people and say ‘Oh it's you again!’ It’s all the more fun if you’re dedicated to a specific leg.”

With lots of arm work in this leg, it can seem like daunting work to row down a river for close to 20 miles. Though according to Day, “The race is not as intimidating as it looks. It’s hard but always worth it.”

With anticipation of what to expect, one thing he does know is he has to get up at the crack of dawn and be at Mt. Baker Ski Area very early.

Sullivan said he’s heard great things about the race and doesn’t know much of what to expect other than that he has to get up at 4 a.m., be ready to hike, ski and have a good time with friends.

He said he’s looking forward to hanging out with everyone and getting to know other people doing the race. He said the racing will be fun, but he’s mainly doing it for the social aspect.

A friend of Sullivan, Jake Matson, is doing the fifth leg of the race just like Day. Matson is a recent Western graduate. Also on the team “Sweet As Waffles,” Matson urged Sullivan to join their team as an asset.

“I'm doing it because I think it’ll be a good opportunity for me to push myself,” Matson said.

Matson canoed and kayaked growing up, and despite getting surgery on his arm fairly recently, he’s ready and going for it.

He emphasized how they aren’t doing the race to win but to have fun.

The finish line of Ski to Sea is located at Marine Park in Fairhaven, accompanied by cheers from the crowd and beer glasses.

Alongside the Historic Fairhaven Festival, Ski to Sea is the biggest one-day event in Whatcom County according to the website. Here are some block parties and breweries to catch after the race on the Visit Bellingham website.

Registration for the Ski to Sea race is still open to the public until 5 p.m. on Wednesday, May 25. 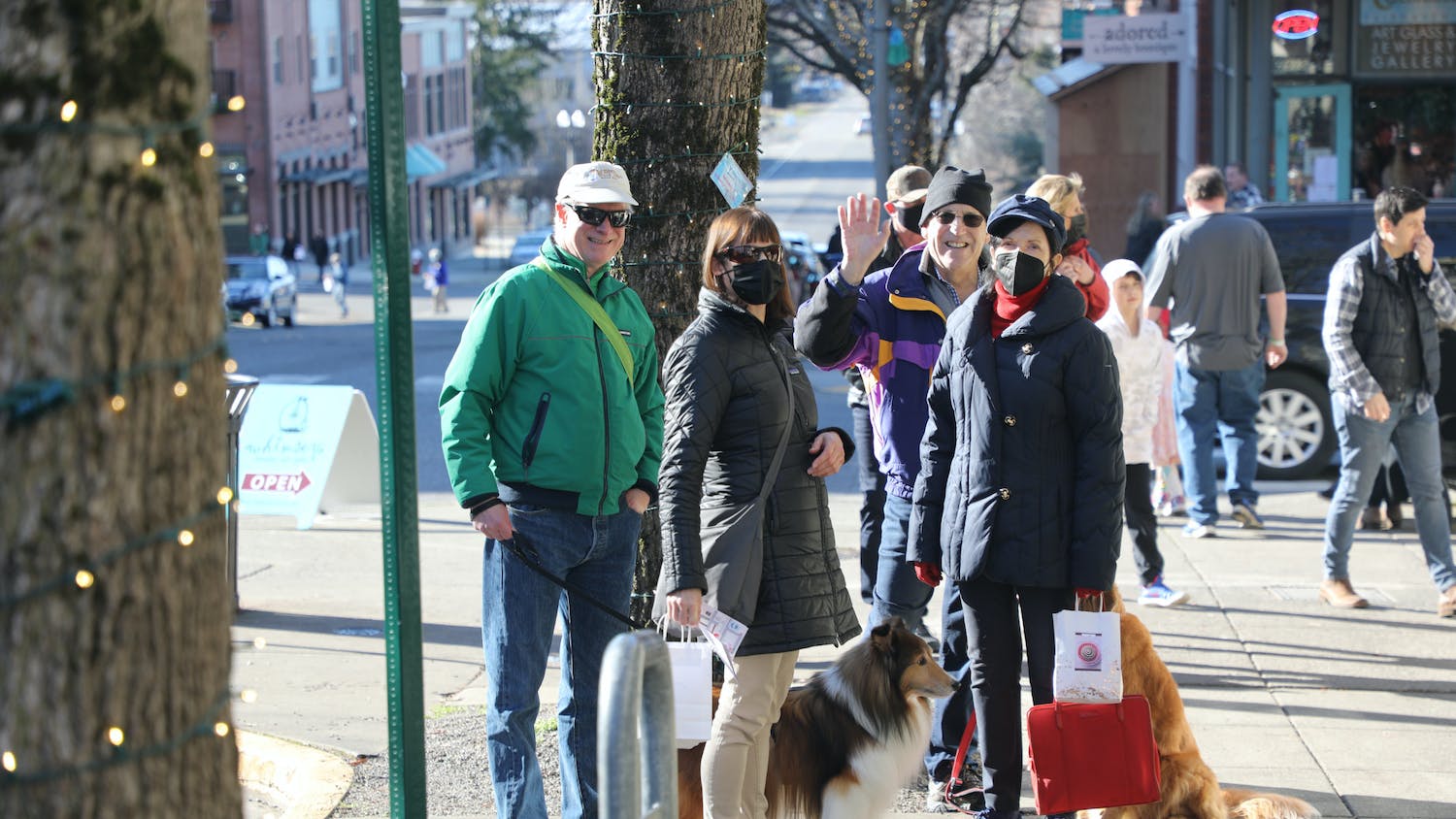 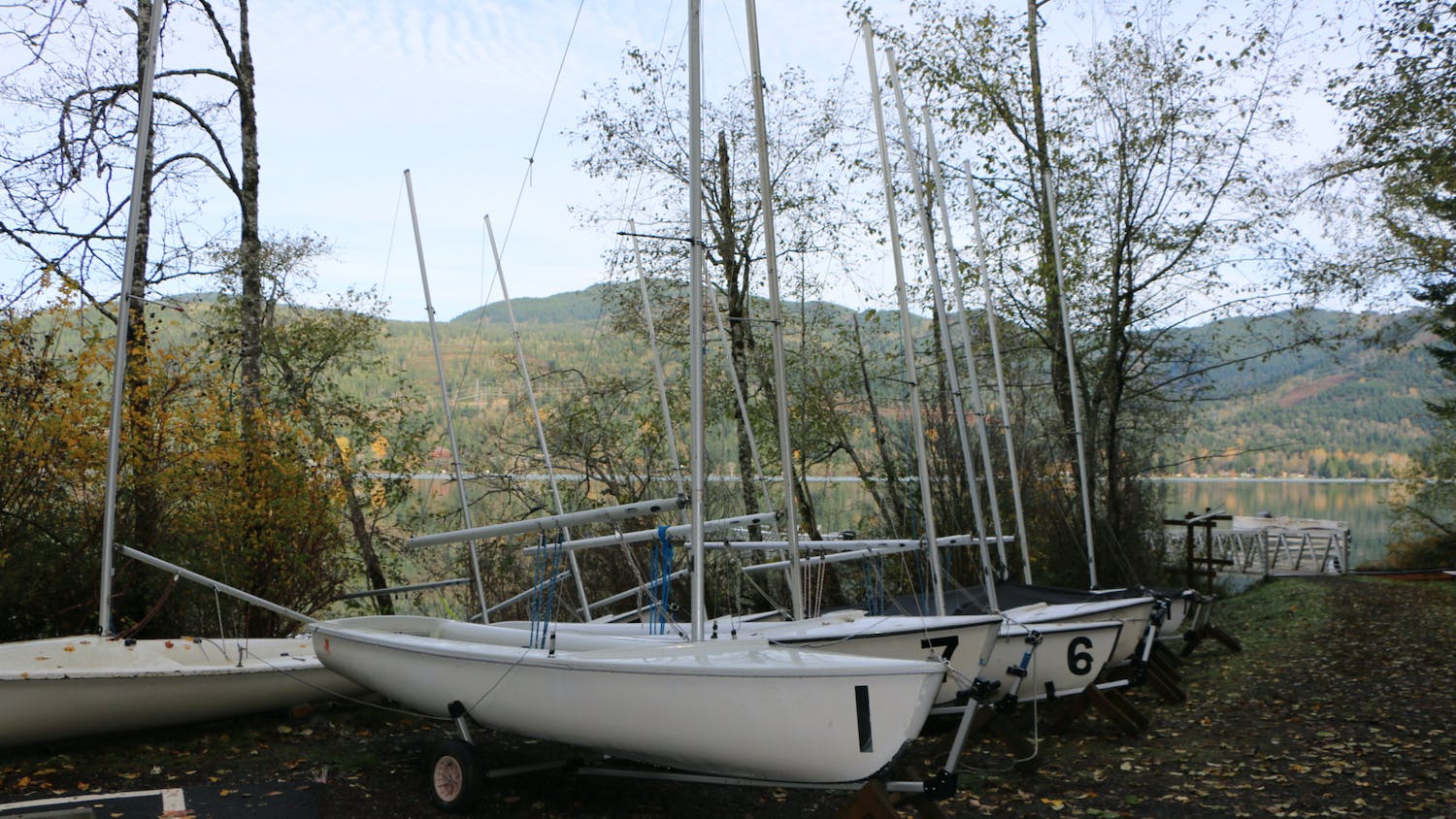