Becoming a tour guide is a competitive position on campus, and the job is no easy feat

Applications to become a Student Admissions Representative are now closed, and interviews are underway to find the next group of students to lead tours through Western Washington University. But, what does it take to become a tour guide at Western?

Discovery Days — day-long tours for prospective Western students and families —  began at the beginning of February, but April is when admitted students start their own tours in anticipation of fall quarter.

“For a lot of incoming students or families, the tour guides are actually going to be the first people that they meet when they come to campus,” said David Kipnis, a StAR and graduate student at Western. He emphasized the responsibility StARs have to represent the school well, be energetic and answer questions.

However, becoming a StAR is competitive, and the interview process is long, consisting of three rounds: the application, a group interview and an individual interview.

“Since the application process is long and requires quite a bit of steps, I found myself wanting the position more and more as I got through each round,” fourth-year StAR Frances Golla said.

Golla said she studied hard and worked with her friends to practice for the interviews when she applied as a first-year.

StARs are responsible for more than just tours. Participating in admissions events, serving on panels, outreach to high schools and working the front desk of the admissions office are just a few more of the duties a StAR performs, Campus Visit Manager Diana Feinson said.

After students have experience as a tour guide, they can apply to be a “Front-Deskie,” the term StARs use to refer to their co-workers who work the front desk, Golla said. Both Golla and Kipnis are “Front-Deskies.”

Front desk workers are the home base for StARs. If a guide can’t answer a question, they refer it back to the students at the front desk to get an answer. Kipnis said problem-solving skills are important to this position.

The trait that makes a good tour guide is “energy,” said Kipnis.

“If you are somewhat of an actor internally, then you’ll have a very good time being a tour guide because you are, in my head, putting on a bit of a show,” he said.

A study conducted by the Polytechnic University of Valencia confirms that effective tour guides are energetic with audiences.

“Tour guides can no longer serve as mere informers,” the study said. “Rather, they must facilitate the development of emotional bonds between visitors and destinations.”

Tour guides are encouraged to share and explore their own experiences with Western’s campus with crowds of prospective students, Feinson said.

“A tour guide’s sense of humor influences tourists’ attention and the explanation efficiency,” said a study on the effectiveness of tour guides for the Journal of Travel and Tourism Marketing.

To qualify, applicants must be full-time students who have been at Western for at least one quarter. They also must plan to keep attending Western for another school year, as the training process is a substantial time commitment, Feinson said.

“Because the training is a significant time commitment, we look for students who are committed to putting in the time it takes to become a StAR and those who have the space within their schedules,” Feinson said.

Once students are hired, they work about four to six hours each week at minimum wage. From there, StARs have the opportunity to take on more responsibilities and get raises.

“I was walking up the stairs near College Hall on my way to the Ridge,” she said. “I almost didn’t answer it because who answers their phones to unidentified numbers? But when I saw the three-six-zero area code, it clicked and I answered it.” 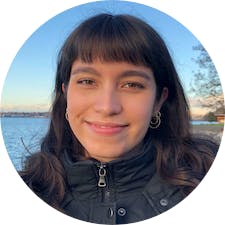 Business is booming during Boomuary

Valentine Vegan Bake Sale: Bellingham locals in for a treat