The No.16 Western Washington University volleyball team is in the final stretch of the regular season and is looking hot heading into the postseason.

After dropping to 24th in the American Volleyball Coaches Association poll for the week of Sept. 27, Western has been climbing the rankings while piling on win after win.

In 14 victories, the Vikings have won 43 out of 56 sets in Great Northwest Athletic Conference play. The team hadn’t conceded a single set at home in Sam Carver Gymnasium all season until the University of Alaska Anchorage came to town on Monday, Nov. 8.

This match had been rescheduled from its original Sept. 30 date due to a UAA player testing positive for COVID-19.

The first set featured spectacular rallies on both sides of the net, resulting in 24 Viking digs.

Neither team won more than three points in a row until Western strung together four to go up 22-16, the largest Viking lead of the night. After trading a few points, Western closed out the first set 25-21.

Western never led in the second set after UAA broke from a 3-3 tie. The Vikings kept it close, tying it back up seven times throughout the set, but it wasn’t enough to keep UAA from taking the set 25-23.

“We were overplaying and weren’t seeing the things we needed to see,” said Western Head Coach Diane Flick-Williams. “We finally came together as a group, battled hard, and saw the right things and good things came of it.”

UAA continued to apply pressure in the third set, going up 11-3 in the largest lead of the night. However, Western was able to respond by going on a 12-4 run to tie it up 14-14.

The third set continued going back and forth. UAA looked ready to win, getting to the setpoint up 24-22, but Western rallied two points in a row, forcing the set to continue further as a team must win by two or more points.

The Vikings tied it up three more times before a dramatic rally was capped with a kill by junior pin hitter Tess Biscup, securing the set for Western, 28-26.

Western rolled on with their momentum, winning seven out of the first 10 points of the fourth set. The UAA squad didn’t want their 1400 mile road trip to the contiguous U.S. to end in a loss, but Western maintained a lead in the entire set. After 195 serves, Western took the match 3-1 with a 25-22 fourth set win.

Sophomore libero Kasey Woodruff led the Vikings with a career-high 25 digs. In addition, the team had a season-high nine service aces, led by sophomore defensive specialist Tupu Lologo who accounted for three.

“[The win] felt good, especially how we worked as a team tonight,” Lologo said. “Our team culture is family-oriented and [our success] builds off of that.”

The Vikings traveled to Montana State University Billings to face the Yellowjackets for the second time this season. The previous matchup on Oct. 16 resulted in Western sweeping MSUB 3-0 in Carver Gym.

Down 4-6 to begin the first set, Western strung together five points in a row and didn’t look back, closing out the set 25-15.

The second set was much tighter, with neither team gaining a lead of more than three points. The Vikings pushed through with a team-wide 21 kills, earning a 25-23 win.

Western kept the pedal to the metal beginning the third set, out-scoring MSUB 10-1 to start it off. From there, the Vikings continued to press, resulting in another 25-15 set win and a sweep.

The Vikings were led by sophomore Calley Heilborn’s 17th double-double of the year, consisting of 11 kills and 13 digs. Junior middle blocker Oliva Fairchild led the front row with eight blocks and added 10 kills of her own. Fairchild leads the GNAC in total blocks, totaling 125 on the season through this game.

Western will play its last home volleyball match of the season Saturday, Nov. 20 against SFU in Carver Gym at noon.

The SFU squad is in second place in the GNAC rankings, right behind the Vikings. Western beat SFU 3-2 in its season-opener on the road and will be coming off a 15-game winning streak.

SFU fell just eight points shy of ranking in the national coaches poll for the week of Nov. 8, so this will be a competitive matchup as both teams look forward to the Western Regional Tournament.

“Come [to the game], it’s super fun, I pinky promise,” Fairchild said. “We’ll be the same team next year, so come get a little taste of what’s to come if you haven’t yet.”

This may be Viking fans’ last chance to see the team in Carver Gym this season. The school that will host the Division II Western Regional Tournament will be announced by the NCAA on Monday, Nov. 22, on its website. 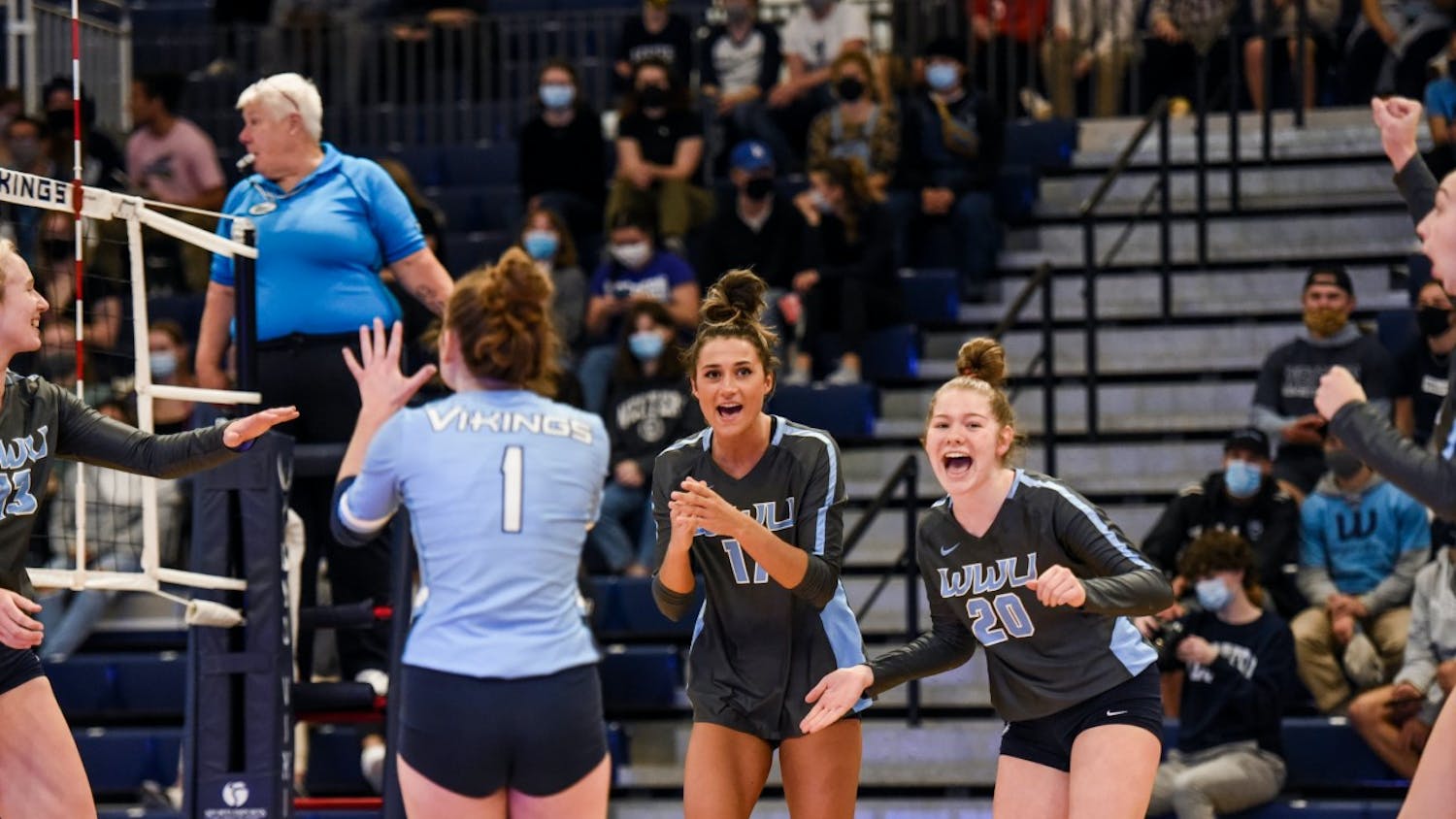