The Port of Bellingham plans for the future with the re-election of two candidates, its 2022 budget and the new Southwest Airlines service at Bellingham International Airport

The Port of Bellingham has big plans for 2022 following the re-election of two commissioners and new development at the Bellingham International Airport.

Whatcom County voted in two incumbents for port commissioner positions in the Nov. 2 election, Michael Shepard and Ken Bell, who approved the 2022 strategic budget on Nov. 16.

Consisting of areas from the waterfront to the airport, the Port’s mission is “to promote sustainable economic development, optimize transportation gateways, and manage publicly owned land and facilities to benefit Whatcom County,” said Mike Hogan, Port of Bellingham public affairs administrator, in an email.

Commissioner Shepard and Commissioner Bell shared similar focus for the near future, countywide broadband infrastructure and the continuation of the Georgia Pacific site cleanup are two of those main focuses.

The Marine Trades Area, which includes the Aerated Stabilization Basin, is a project that will be seeing a lot of time and attention in the next four years, Shepard said.

“Redeveloping Bellingham’s waterfront to enhance downtown, increase public access to the water and rebuild the waterfront economy will continue to be focus for the Port in 2022,” Hogan said.

Hogan said the Port has been finalizing the Roadmap to a Climate Action Plan, which addresses the Port’s contributions to climate change, and Shepard affirmed this has been a top priority for Port leadership.

Brian Gouran, director of environmental programs, said there are several environmental cleanup projects underway, all in different phases of work. The Port has been working with the Department of Ecology for specific cleanup approaches in these areas.

Shepard said the Port of Bellingham is working toward environmental sustainability, already cutting its carbon emissions by 86 percent by purchasing 100 percent renewable electricity for all Port properties.

“Within the Port, we are going to do everything we can to make sure that our fuel sources are renewable and that we continue to put solar panels on places that are appropriate so that we begin to move away from the fossil fuel industry,” Bell said.

Shepard said phasing out pesticides on waterfront properties and installing solar panels on the Bellingham Cruise Terminal are some of the ways the Port is working to address climate change.

Another big development went underway in November as Southwest Airlines started service out of the Bellingham International Airport after announcing it as a new destination on March 8.

Sunil Harman, Port of Bellingham director of aviation, said in an email that this development will bring sustainable economic growth to the area.

“With daily and frequent reliable service by Southwest and one stop connections into its vast network, Bellingham has become a more attractive location for retaining and developing new businesses and a convenient destination to visit the Pacific Northwest,” Harman said.

Prior to the COVID-19 pandemic, Bellingham International Airport was estimated to generate $471.5 million for the state’s economy, “including direct activity at the airport, associated activity off-airport related to aviation, and the multiplier effect of that income being dispersed and circulated within the economy,” Hogan said.

Bell said having Southwest Airlines in Bellingham has the potential to bring new people into the area.

“I think Southwest is just the beginning of what is going to be a phenomenal airport and a phenomenal economic development for our area,” Bell said.

The pandemic has taken a toll on airports around the world and especially those along the closed Canadian border like Bellingham International Airport has been for the majority of the past two years, Shepard said.

“We’re really glad to have a win with a well respected national carrier that has easy connections to hundreds of destinations,” Shepard said. “This will not only bring direct job benefits to the community but also more opportunities for people to fly to places they want to go and increase revenue for the Port.”

Port of Bellingham to use 100% renewable energy 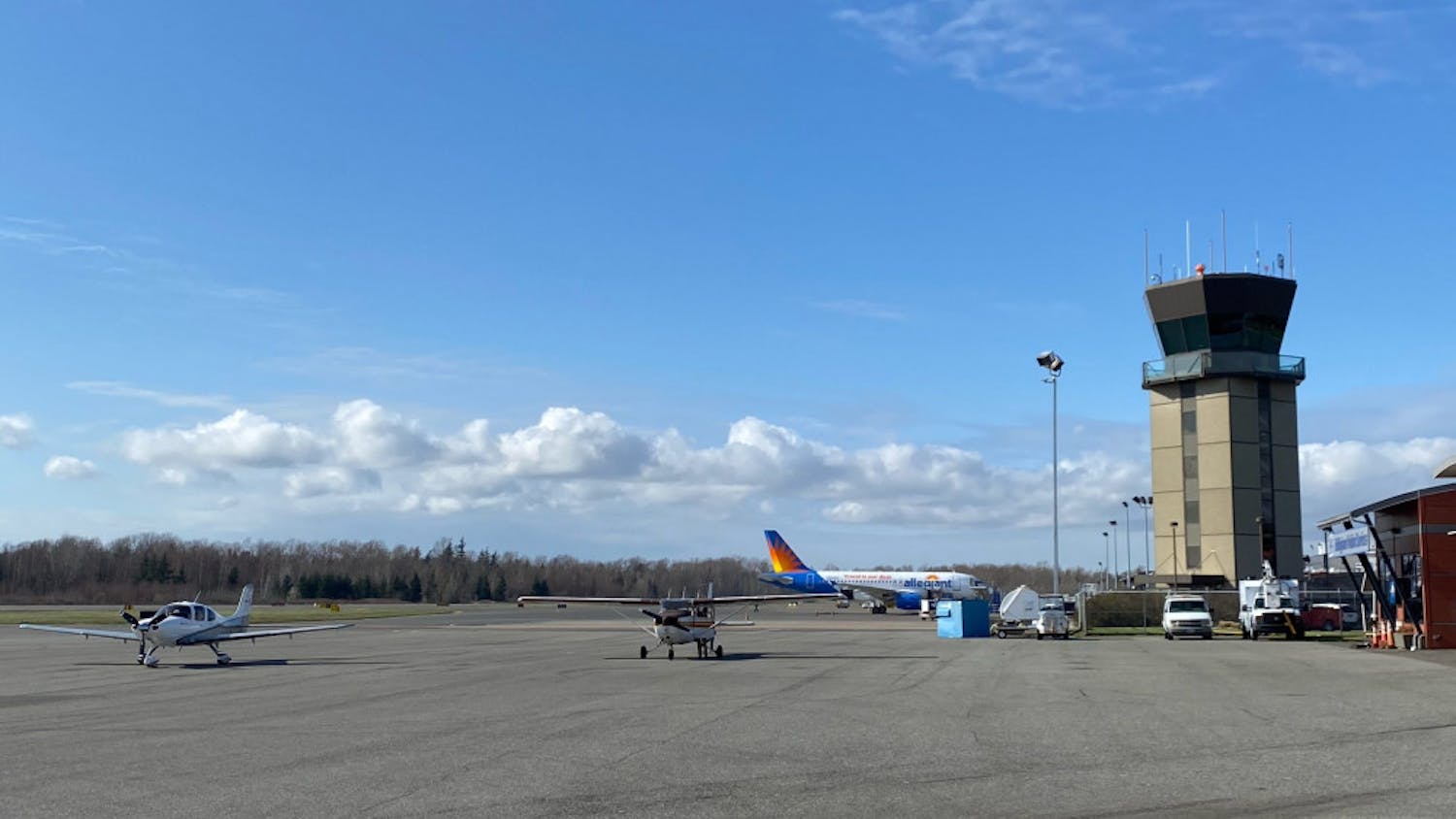