In honor of the Halloween season, Associated Students Productions of Western Washington University hosted a showing of the film “Little Shop of Horrors” as part of this year’s Fall Family Weekend on Friday, Oct. 15.

The 1986 film is a cult-classic comedy-horror musical about an alien plant that must eat people to survive and the bumbling botanist Seymour who takes care of the plant. It was based off of a 1982 stage musical of the same name.

The Performing Arts Center was full of students and their families enjoying a night of fun musical spooky-ness.

“It was wonderful!” said first-year Kylee Tolle-Meyer. “It was so funny. I loved it when the people got eaten.”

The people running the show, such as Madison Unger, one of the PAC stage technicians, enjoyed the movie as well.

“I really liked it,” Unger said. “It was actually my first time seeing it. It was really fun to see, and I think it was a great pick by AS Productions, especially with it being October, and Halloween coming up.”

There were parts of the movie that seemed to throw some of the audience off, however.

“I hate it, I hate it so much,” said first-year Ronni Hahn. “I really hate the plant which means they did a great job with special effects.”

“I hated, at the very beginning, when the plant was doing this kissing noise,” she said.

According to various sources, such as The Guardian, “Little Shop of Horrors” has one of the best alternate endings to a movie of all time.

In the original stage musical, the story ends with the giant plant eating all of the main characters, and then going on to dominate the world. The original theatrical cut of the film changed this ending so that the protagonists, Audrey and Seymour go off and get to have a happy ending after defeating the plant.

However, the original stage ending was also shot for the movie, which is a long sequence of giant plants destroying various cities across the world. This ending was preserved, then later restored and released as the director’s cut of the film.

The director’s cut was the version that Western chose to show for this year’s showing. The audience was treated to an extended scene of destruction and mayhem as giant plants climb atop the Statue of Liberty and terrorize humankind.

“I wasn’t sure what people were expecting; I wasn’t sure what to expect,” Unger said. “Because, you know about the play ending, and stuff like that, but sometimes there’s different endings. So it was a surprise to see which one this was going to be.”

“I kind of wished they did a ‘Clue’ ending,” said Main. “At the ending of ‘Clue’ there’s like 15 different endings all at once, and they show you the different ones.”

The audience had an interesting reaction to the ending which depicted the destruction of all of humanity.

“They deserved it,” Pedersen said.

“That’s the most probable outcome, I think,” she said.

Main had a very straightforward reaction to the ending of the film.

“Ew, humans,” he said, apparently showing his support for the plants destroying the human race.

The audience was unanimous in saying that there was one character who didn’t deserve the fate of being eaten alive: Audrey the ditsy, soft-spoken female lead.

“I want Audrey to get her happily ever after,” Hahn said. “She’s such a sweetheart.”

I am only a journalism/creative writing student, so I definitely am not the most qualified to write a movie review, but I enjoy movies and can appreciate the craft. I have taken a few film classes in the past — more to learn about cool movies than anything —  and have picked up on some knowledge about movie making.

As for my personal thoughts on “Little Shop of Horrors,” as I had never seen it before, I enjoyed it. I thought it was a fun, light-hearted, spooky movie.

The practical effects were impressive. The design of Audrey II, the evil plant, was thorough and lifelike. There were times I almost forgot the plant was a giant puppet, and I thought I was looking at computer-generated images. Especially for having come out in the mid-80s, it was impressive visually and technically.

I definitely agreed with the audience that the plants eating everyone was a fitting ending to the story. Throughout the film we see people generally being mean to each other and doing horrible stuff, so the plants cleansing the earth of the human race felt almost cathartic.

There were aspects of the film I felt were a little outdated; for example, I thought it made light of domestic abuse and sexism a little too freely. However, seeing as the movie is so campy and theatrical, I suppose it makes sense that nothing is to be taken seriously about it.

It was also funny. There were a lot of jokes that I felt held up well that had not only myself but the audience roaring with laughter.

The songs were a lot of fun. The intro song, “Prologue / Little Shop of Horrors” has been stuck in my head for the last week. The soundtrack was catchy, enjoyable and added to the campy atmosphere of the movie well.

Overall, this movie was a lot of fun and I thought it was a good selection by AS Productions to show for the Halloween season. It was campy, fun, entertaining, and I thoroughly enjoyed it. 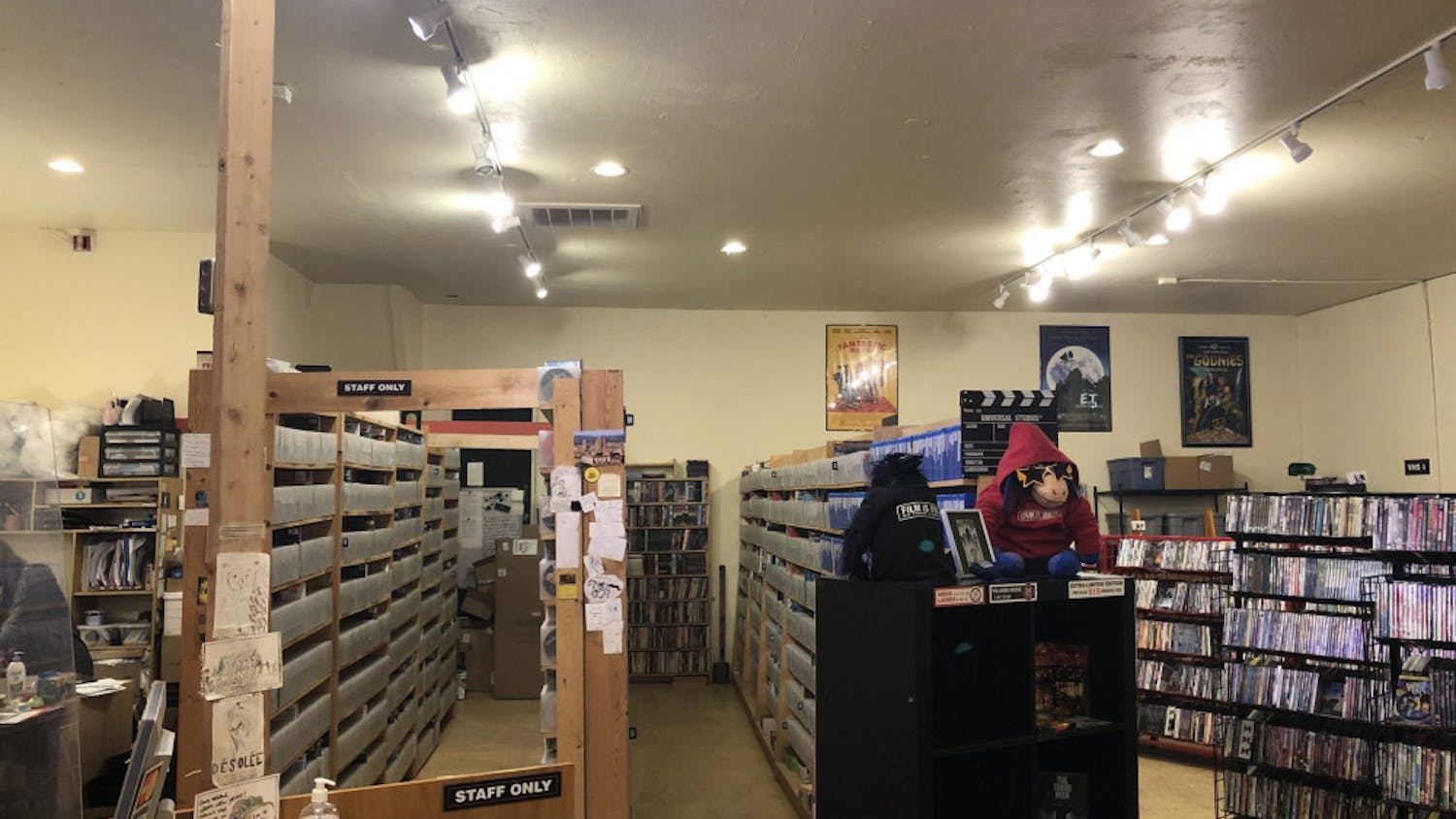 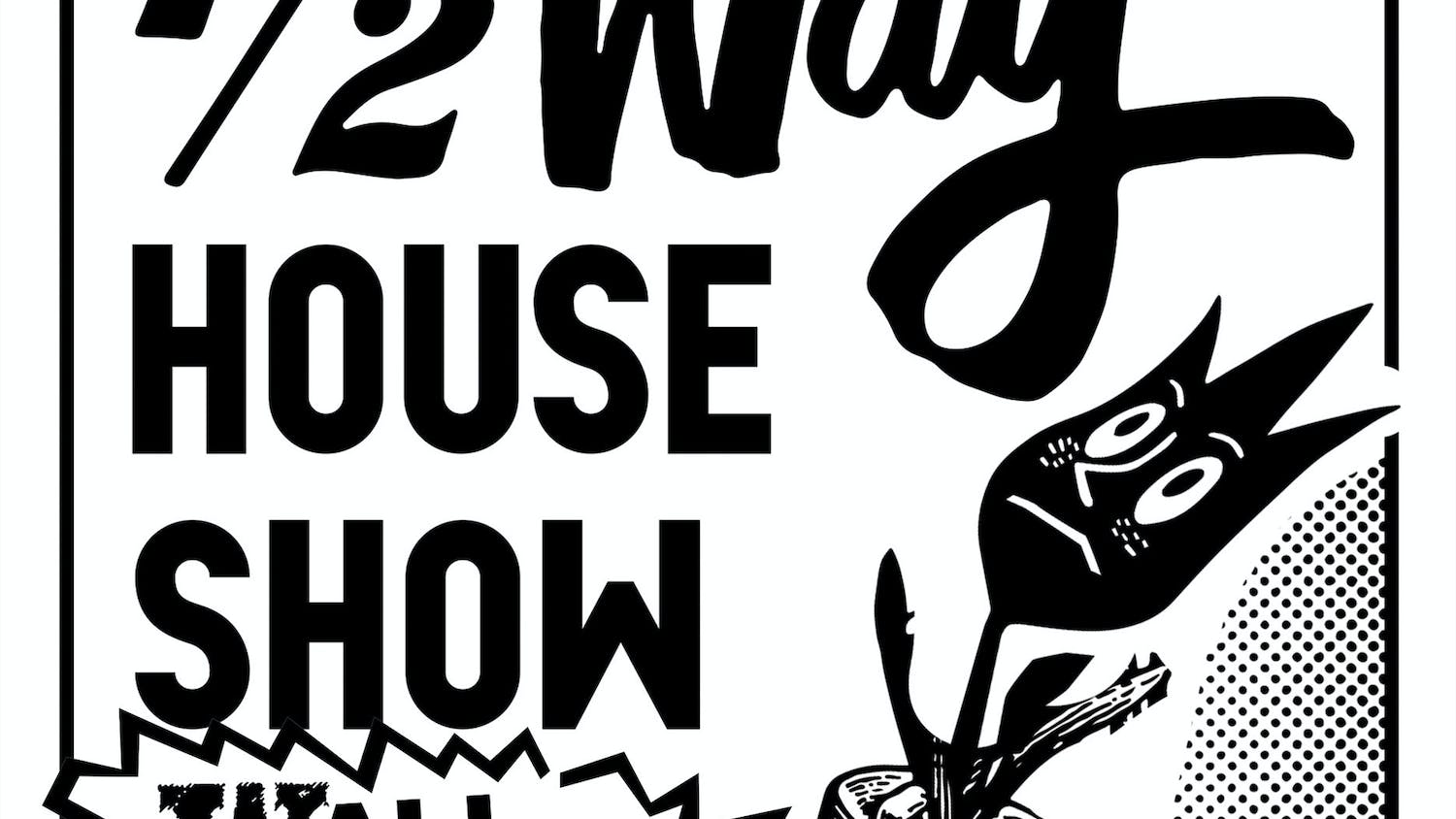