As Wildfire Awareness month comes to a close, local officials are reminding Washington residents to get ready for what could once again be a smokey and dangerous summer.

Wildfires west of the Cascades are mostly unpredictable events, however increased changes in climatic conditions and periods of drought are demanding preparedness and awareness from homeowners.

Fires have already caused damage in California where a state-wide drought was recorded in early May, causing a mandatory water restriction announcement in Santa Clara County.

On May 27, Washington’s Department of Ecology announced historically dry conditions in March and April prompting a drought advisory throughout most of the state.

Many Washington communities find themselves in areas where urban meets wild, leaving them over-exposed to what could be destructive wildfire hazards.

Jenny Coe, community wildfire resilience coordinator for the Whatcom County Conservation District, said fires depend on factors such as wind, moisture and weather to accurately predict their movement in specific areas.

“We have a higher snowpack than normal this year, which means more available water for vegetation longer into the season, so it's really hard to say,” Coe said. “I think that if we are going to see more severe fire conditions, it will probably be much later in the summer.”

Coe said the fires seen in Western Washington and Oregon last year were mostly due to winds from the east picking up embers, creating devastating fires that moved very quickly.

“The science is sort of out as far as whether climate change and our changing conditions will result in more of these east wind events or less, they don't really know yet,” Coe said.

Wallace Kost with the Whatcom County Emergency Management department, said because wildfires are unpredictable and can happen very quickly depending on the wind, residents need to be prepared.

“Regardless of what the summer is like, they need to be aware of how fast they can get their things together: in California, sometimes they literally had minutes to get out the door,” Kost said.

Kost said Whatcom County residents need to be aware of how fast fires can move depending on the wind and which available evacuation routes they have at their disposal.

“If there's only one route, the worst thing that you would have is that being clogged up and then people couldn't get out, which would make it an extremely hazardous situation for everybody,” Kost said.

Aside from in-the-moment measures, Coe said research shows homeowners can take simple steps to protect their properties from fire hazards.

“The research and the science behind what causes destruction to communities and homes shows that there's a zone around structures that is more vulnerable,” Coe said.

Coe said that zone emcompasses all the vegetation and home improvements in a 100 feet radius around structures; unless it’s on a steep slope, then she said it’s more like 200 feet out.

“Even if you're in a wooded area, just raking up pine needles and leaves and keeping the ground covers in the natural state with plants helps,” Metz said. “So just keeping that stuff that burns away from the house and up off the ground is crucial.”

Metz said other measures can be taken to protect the actual structures like cleaning gutters, installing resilient roofing and making sure homes have vents that can stop embers from entering.

Coe and Kost both said Whatcom County residents can contact the Conservation District for an assessment of their homes or consult online guides like Fire Wise USA to prepare their property.

However, despite physical efforts to protect ones’ property, some communities remain more exposed to fire hazards due to close contact with wild lands.

Kost said these areas can also render fire-fighting logistics difficult because of the lay of the land.

“The terrain certainly does impact the ability to fight the fire as do the ingress and egress routes to get in: what you'll find is if there is only a single road going in, that certainly is of great concern,” Kost said. “So depending on where the fire is actually burning, that would be something that, not only the residents who have to evacuate, but also the fire department should have to look at.”

These areas, known as the Wildland-Urban Interface, show the most risk for destruction in the case of a fire and are the state’s fastest growing environment, according to the Department of Natural Resources.

“Areas considered suburbs or even people who consider themselves to live in town are also part of the [Wildland-Urban Interface] because that density in Washington for the most part isn't quite at that urban level that would make it an urban area,” Blazina said.

The mapping tool distinguishes interface areas, residential and urban zones juxtaposed to wilderness, and intermixed areas, where structures are in zones that would otherwise be wild.

“A lot of folks want to have those houses in the woods and they don't realize how dangerous it can be to build a house that close to some of these areas,” Blazina said.

Blazina added that overstocking structures in already dense Western Washington forests can affect the health of the ecosystems and make them less resilient and more vulnerable to wildfires.

“Fire has been suppressed in a lot of these areas for 150, sometimes 200 years, or it's recently burned in ways that it didn't necessarily burn for hundreds of years prior,” Blazina said. “So that's really changed how the vegetation has gone back or just the dynamics of fire in those areas, and because of that, we really need to think about how we're making our developments.”

Coe said that pairing this mapping tool with the development of a new Forest Health Assessment and Treatment Framework required by House Bill 1168, passed this session by Washington State Legislature, will create a greater database for wildfire prevention.

“It will certainly provide better information as a piece of assessing wildfire risk,” Coe said. “By itself, it doesn't necessarily do a better job of projecting, understanding or analyzing wildfire risk, but it does give us a better piece of data to help do that.”

In Whatcom County, Kost said emergency evacuation announcements would come through phones and broadcasting devices in the case of a wildfire.

“We use the same system as when we had the train derailment up by Custer to notify the people within a particular radius of the incident site that they needed to evacuate that particular area,” Kost said. “So we would be using the same kind of system going out over the phones to notify people that they would need to evacuate.”

Because wildfires are mostly caused by humans and are hardly predictable, Metz said preparedness and vigilance with any outdoor burning will be key to prevent extensive damages from fires.

“It's just being aware, communicating with the citizens, keeping them informed, helping them help prevent those fires from happening,” Metz said. 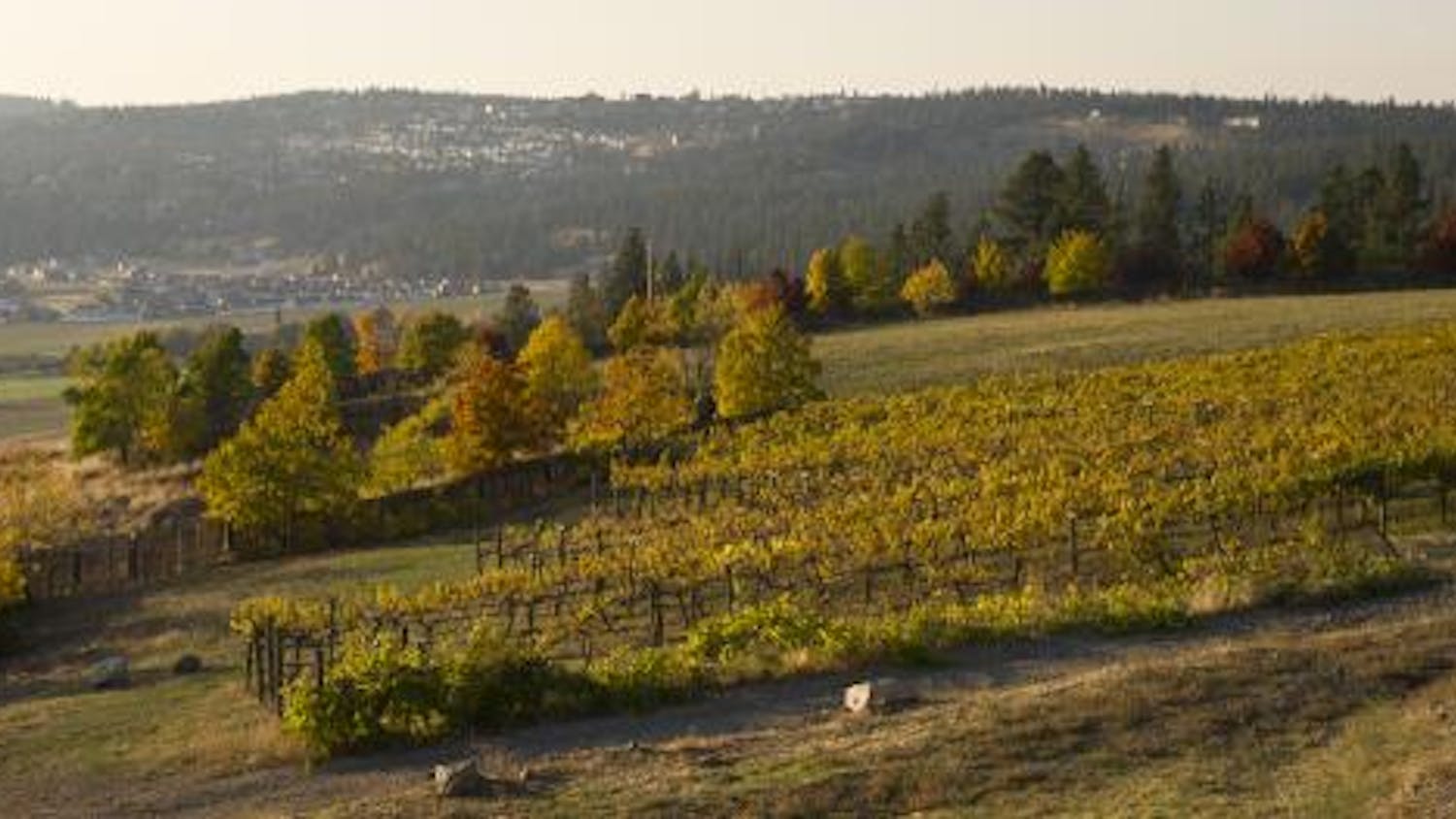 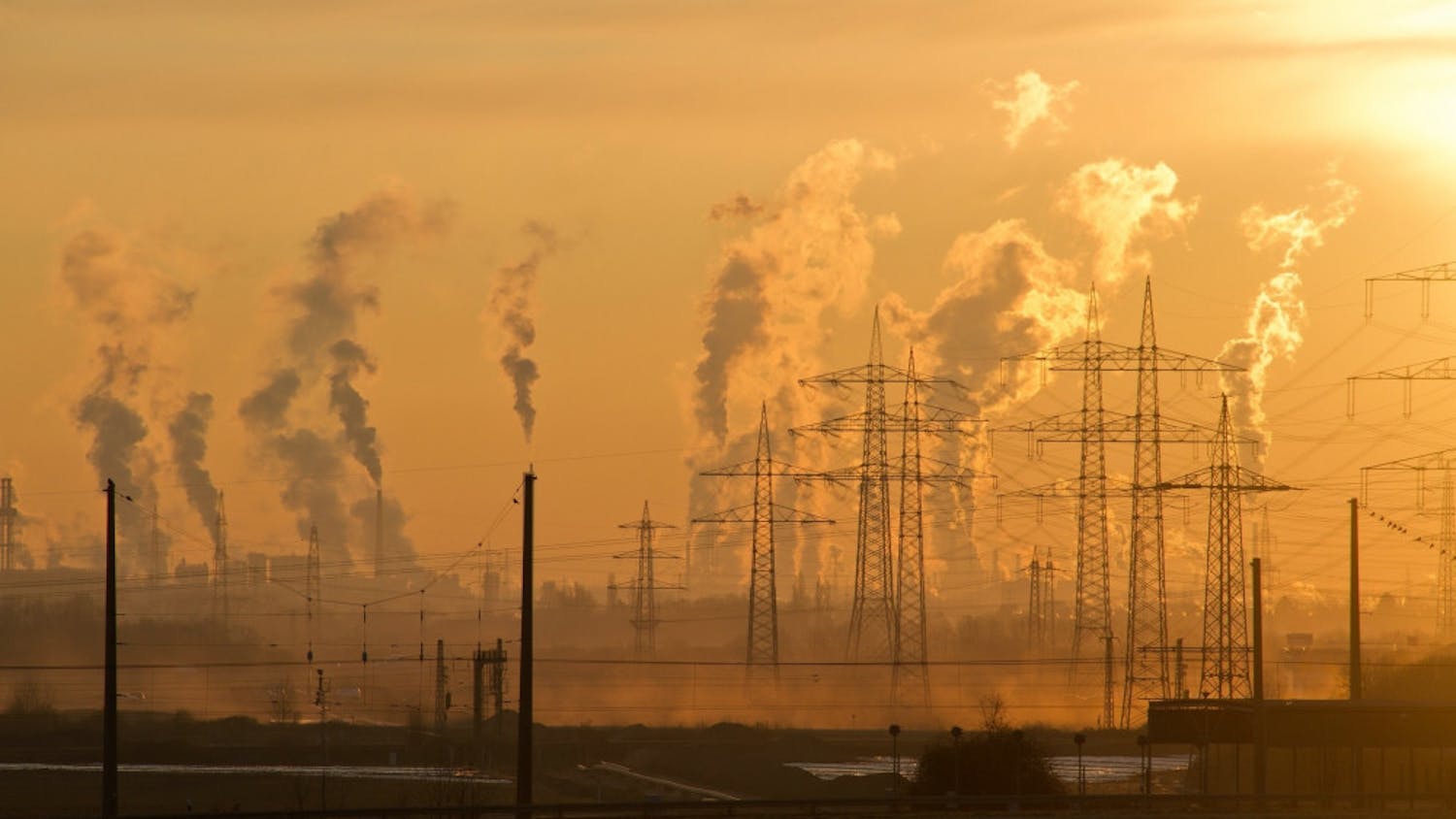