Crayola crayons and papier-mâché. When we were young we created our own art galleries that were stuck with magnets to the fridge. Now, we eat, sleep and work. We feel stressed all the time and we call it being an adult.

What if we are just going about it wrong?

Some psychologists use art as a tool for therapy. Using the creative side of our brain and producing art has actually been proven to lower levels of cortisol, the hormone for stress and anxiety according to a scholarly article called “Reduction of Cortisol Levels and Participants' Responses Following Art Making.”

During a global pandemic where 81% of adults are experiencing emotions connected to prolonged stress, if adults would allow themselves more time to be creative, perhaps stress levels would decrease.

Nikolas Glaze, a cryogenic aviation mechanic for the U.S. Navy, uses art as a therapeutic tool frequently. He typically writes about his feelings, or he listens to music while hiking, in order to work through his emotions.

“The biggest thing with any outlet that was super hard to learn was allowing myself to make trash. Not everything I made I could try to make perfect or even correct mistakes on,” Glaze said. “It's about getting it out, as long as you can see it's coming out and can be processed, you know?”

Glaze said he believes that it does not matter which style of art is used as long as you are using whatever thoughts come to mind to create it.

“You'll end up with some pieces you love that mean something so deep that you'll be able to look back on and get a clearer image of what you're experiencing and how you want to express and manage it,” Glaze said.

Glaze makes a good point; art can help us get a clearer image of what we are experiencing. Amie Wicklund, an art therapist at University of Washington Medical Center, explains why this is true.

Wicklund said that the goal of art therapy is to integrate the area where implicit memories are stored, the right side of the brain, with the more verbal/logical left side of the brain in order for patients to process trauma.

“Art therapists want to be able to connect our right side of the brain (emotion) to the left side of the brain (verbal) to allow our brains to process and express these traumas so that we can give them meaning, and not continue to let them sit unresolved,” Wicklund said via email. “Art is often a sensory experience and a great way to access these implicit memories.”

Watching this process is a gift for Wicklund. She believes that art therapy can work for anyone, but it is the job of the art therapist to help the patient determine what is helpful and isn't in terms of art mediums to express emotions.

Wicklund works in a hospital setting where patients are in delicate medical states. She has worked with many patients painting liquid watercolors on diffusion paper so that they could hang them on their windows to create scenes in their rooms.

Wicklund described these projects via email as “telling a story, where they are the director, giving them a little bit of autonomy back, which can have a huge effect on their mental emotional state given that they are submerged and really at the mercy of science and medical treatment, and feeling very out of control.”

A colleague of Wicklund’s at UW Medical Center, Karen Neuhard-Forsythe, is the art program manager. The program has been running since 1986, but she has been in charge of it since 2001. Unfortunately, due to underfunding because of COVID-19 the program temporarily shutdown in 2020 and hasn't reopened yet.

The program worked with around 3,500 patients a year and the team included an art therapist, music therapist and the art program manager, Neuhard-Forsythe.

Neuahrd-Forsythe said that in the program they offer many different kinds of mediums for patients. However, they try to keep it to projects that they can finish within an hour and materials that are easy to pick up and be successful with. Due to health concerns for their patients they also do not use oil paints or any art material that could be harmful to their patients.

Neuhard-Forsythe said that she sees positive results from patients every moment of every day.

“We had patients that would tell us this was the most important part of their healing process,” Neuhard-Forsythe said.

Neuhard-Forsythe said that she has had patients tell her they could not feel their pain while they were working and that they possibly didn't need pain medication as frequently due to this.

“We had patients that I would let know their time was almost up and they would say ‘I can’t believe a whole hour has gone by, I had just completely lost track of time,’” Neuhard-Forsythe said.

Being an artist herself, Neuhard-Forsythe knew that art had helped her feel grounded when she had anxiety. It became clear to her the value of having creative expression when she began working at the UW Medical Center.

“People would laugh and people would cry, and they would talk about things they hadn't shared with their medical providers and so we could make them aware of that,” Neuhard-Forsythe said.

And the program worked. Neuhard-Forsythe said 95% of the time the experience for patients was 100% positive.

There are times when creating art doesn't fully grab somebody but that doesn't mean it was any less effective,  Neuhard-Forsythe said, it just means that they were not benefitting from that particular medium.

Although art may not be able to literally physically heal your pain, it has been proven to help process the pain. According to an scholarly article called “The Connection Between Art, Healing, and Public Health: A Review of Current Literature,” by Heather Stuckey and Jeremy Nobel, art helps people process emotions that they cannot put into words such as a diagnosis. Cancer patients can often use art as a tool to process past, present and future, thereby incorporating their diagnosis into their lives and giving it meaning.

It seems that as we get older and the stresses in our lives increase, we need the Crayola crayons and papier-mâché more than ever.

Sophia Heit is an opinion writer for The Front and a third-year news/editorial journalism major. Her work focuses on local news while highlighting strong opinions within the community. You can contact Sophia at sophiaheit.thefront@gmail.com. 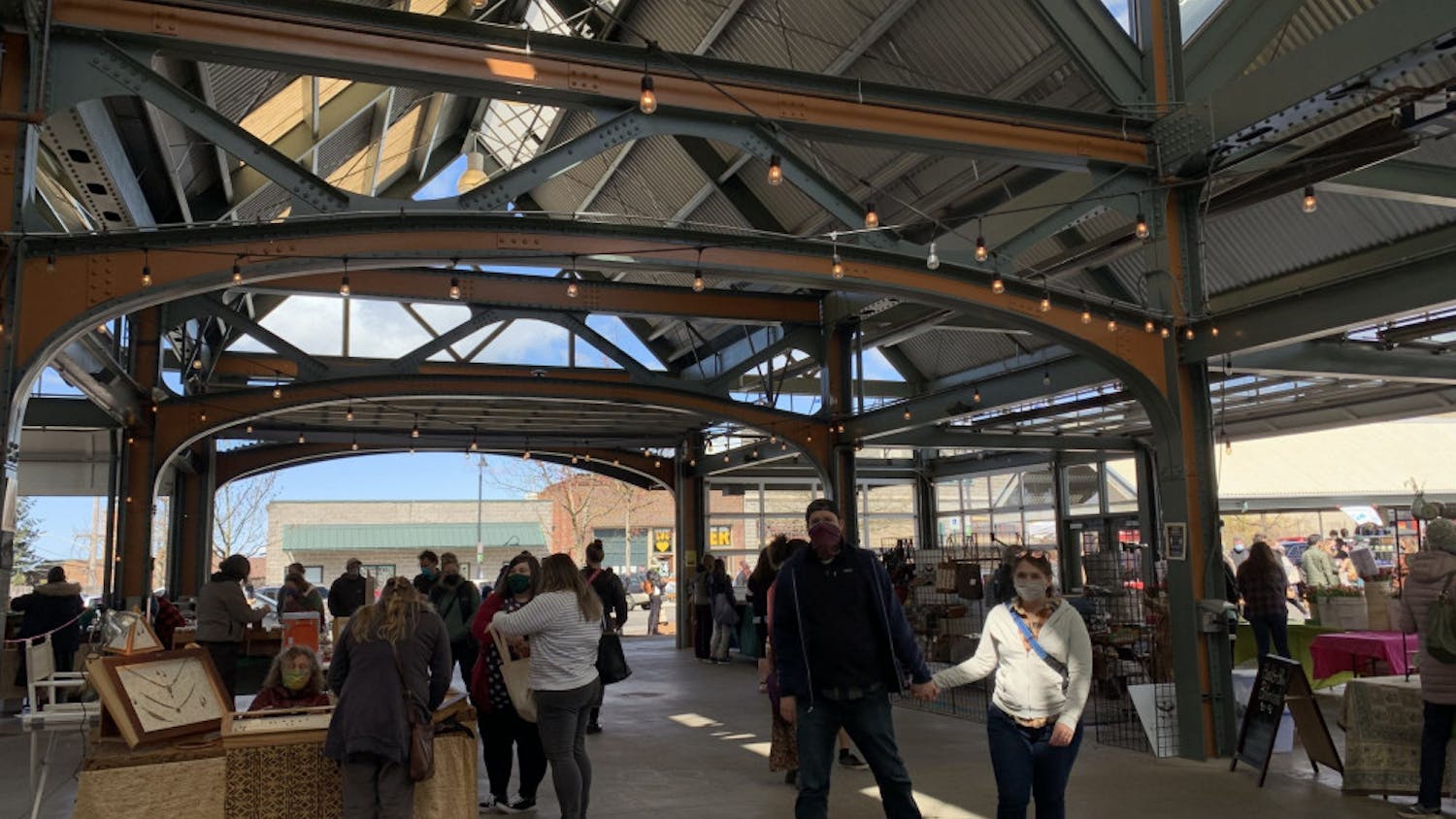