The stands were empty, but the energy was high in Sam Carver Gymnasium as the Western Washington University women’s volleyball team defeated the Western Oregon University Wolves, 3-0, in their season home opener on Friday, April 16.

It had been nearly 500 days since the Vikings had stepped foot on the gym floor for a game due to COVID-19 which paused all university games and events on March 12, 2020.

Volleyball head coach, Diane Flick-Williams, said there was a seamless transition, all the players came in and were ready to play.

“I’m really happy with how we approached the match,” Flick-Williams said. “I thought we were a little more aggressive than I thought we were going to be because we were definitely nervous.”

The Vikings started the match off strong. Cheers, chants and words of encouragement could be heard from the team on the sidelines.

“The passing was really amazing and Malia set up some amazing balls.” junior middle, Olivia Fairchild said. “It was so awesome and it was really great to get out there and play with my team.”

Fairchild was selected as the Great Northwest Athletic Conference defensive player of the week for competitions that were held on April 12 through 18. She had a notable 10-block defensive achievement during the final match on Saturday, April 17.

Sophomore pin hitter Calley Heilborn said she was excited to be back on the court.

“It’s important we [the team] stay together so we can be a family and we know we have support behind us no matter what,” she said.

Heilborn said before the game, the team talked about practicing against themselves and their lineups. She said they had to adjust the way they perform.

“We had to play and adapt to the other team because they are a lot different,” Heilborn said.

Heilborn was also selected as the GNAC offensive player of the week, averaging 4.00 kills per set and a .371 hitting percentage in the three matches. This now brings her to a four-time GNAC player of the week in her career.

As the third set began, the team hyped each other up, bringing the spirit to the court.

Passing the ball back and forth, the Vikings led the entire set, not giving the Wolves anytime to catch up.

Sophomore middle Anna Maracich went in with the kill, bringing the game to a match point.

Heilborn spiked the ball over the net when the Wolves deflected the ball out of bounds — giving the Vikings the third set, 25-12.

Overall, the Vikings had 42 kills and a hitting percentage of .270 in the entire match.

Flick-Williams said that it was a great first step to see the team play and to have the cheers come back.

“We’re really excited to some day get our band back, our fans back, get our season ticket holders back [and] get our community back,” Flick-Williams said. “That’s what's really going to make this place rock.”

The Vikings also played a doubleheader on Saturday, April 17, against the Wolves, winning the first match 3-0 as well as the second match 3-1. This brings the Vikings to a 3-0 record for the start of their season.

Currently, no fans are permitted inside any university game or event. However, fans can catch the rest of the volleyball season via webcast on VikingsTV or stay up to date with the latest plays via the WWUAthletics Twitter page.

Their next match is Friday, April 23, at 5 p.m. against the Seattle Pacific University Falcons. 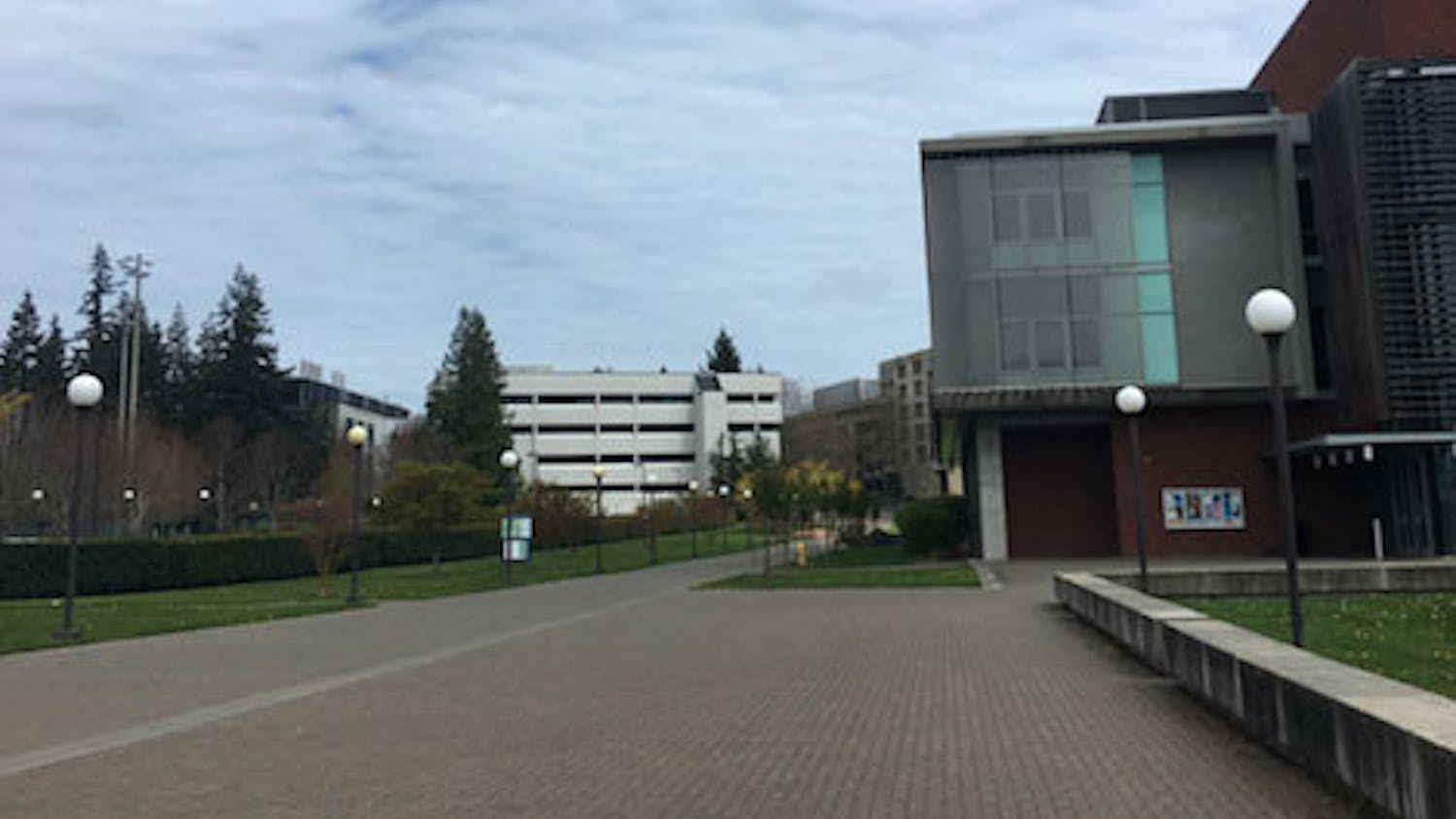